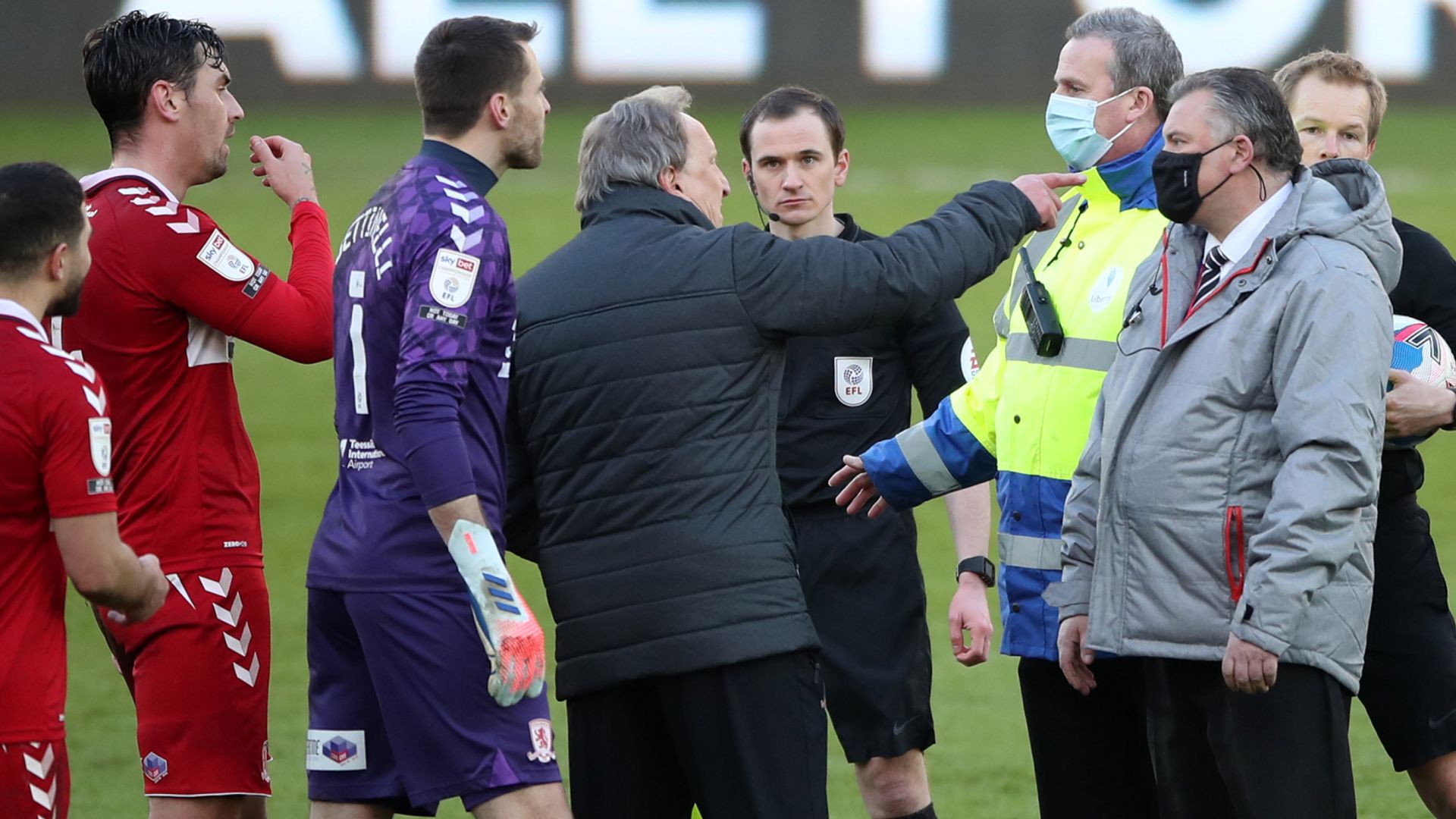 Middlesbrough have been fined £10,000 and warned about their future conduct after players and officials were found guilty of not behaving in an orderly fashion, the FA has announced.

Boro had denied a breach of FA Rule E20 but an independent regulatory commission found the charge proven.

The charge arose from scenes at the end of the Sky Bet Championship match against Swansea on March 6 when Andre Ayew scored an added-time penalty winner after referee Gavin Ward had initially awarded a corner.

Subsequently, Middlesbrough manager Neil Warnock and some of his players confronted the match official on the pitch after the final whistle.

Warnock has already been fined £7,000 over his post-match comments, joking Swans head coach Steve Cooper must be benefiting from the fact his father Keith was a former match official, and also predicted he would receive another apology from referees’ chief Alan Wiley.

The Boro boss said after the game: “They can’t keep having that much luck with penalties. I don’t know if it’s Cooper’s dad who’s influencing this.

“He must have all the numbers. It’s the only thing I can think of but, joking apart, they can’t keep having decisions like that.”

Jonathan Oakes is joined by Andy Hinchcliffe and Caroline Barker to discuss all the latest from the Championship, League One and League Two.

With the Championship taking a breather during the international break, the panel assess all the runners and riders in the promotion and relegation battles, and look ahead to a big weekend of action over Easter.

Norwich defender Ben Gibson is the latest guest on Ten To Tackle, as he answers our quickfire questions, before an in-depth look at all the major talking points from the weekend’s games in League One and League Two.

All leagues and angles are covered in this week’s show, but here were some of the main talking points…