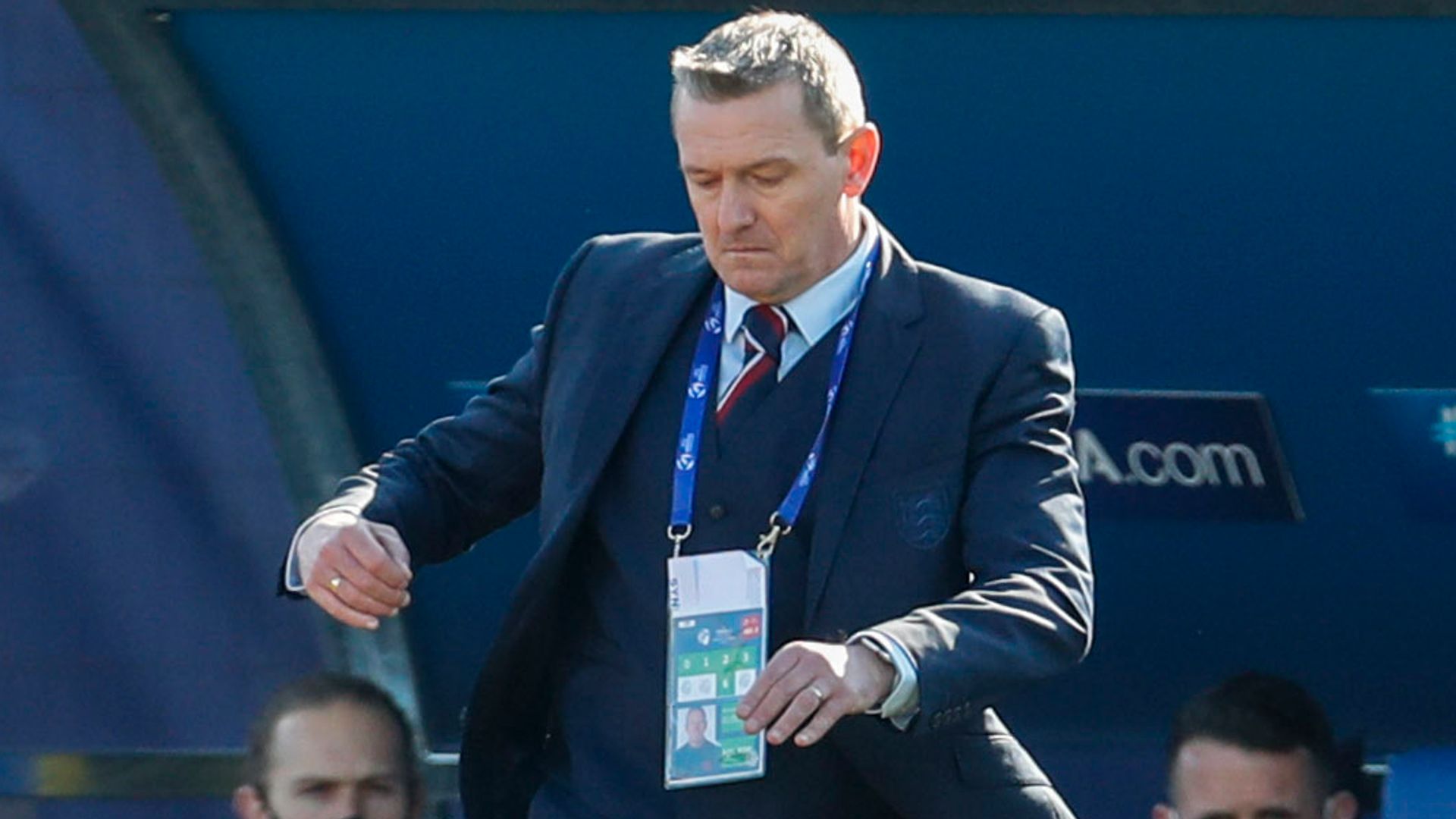 Aidy Boothroyd has labelled the England U21 job as “utterly impossible” and defended the Young Lions’ selection policy.

England need to beat Croatia by two goals on Wednesday and hope Switzerland lose to Portugal in order to reach the Euro 2021 quarter-finals in the summer.

They have had just one shot on target – none from open play – in their opening defeats to Switzerland and Portugal in Group D.

Since being runners-up at the 2009 European Championship, England have qualified from the group just once – under Boothroyd in 2017.

Jude Bellingham, Mason Mount, Jadon Sancho, Phil Foden and Trent Alexander-Arnold could have all been included in the squad in Slovenia but Boothroyd insisted the senior team remains the priority.

“I know the senior men’s job has been called the impossible job but the U21s is the utterly impossible job,” he said. “The reason is the amount of players who have to be produced for the senior team and we are expected to win.

“There’s a reason why we haven’t won this for 37 years and why we haven’t progressed as much as we thought we would, because our primary aim is to get players through to Gareth [Southgate].

“Could you imagine a reserve-team manager knocking on the door of a senior manager at a club and saying ‘listen boss, I think today you should let me have the best player to win the reserve championship’. That just wouldn’t happen.

“My job isn’t to say to Gareth we should have Jude, Phil or Mason, it is about the senior team and it always will be.

“If someone is doing this job and hiding players and not allowing them to go forward then the system is flawed. I don’t want to be the whinge bag to defend myself. They are facts but they are what the job is.”

Boothroyd confirmed Callum Hudson-Odoi has suffered a shoulder injury and has returned to Chelsea for further assessment.

The 20-year-old played a full 90 minutes in the 1-0 loss to Switzerland but missed out on the matchday squad for the 2-0 defeat to Portugal on Sunday and Boothroyd confirmed the omission was due to an injury he sustained in the build-up to the game.

“Callum is definitely out and he has gone back to his club, Emile Smith Rowe is also very doubtful,” Boothroyd said.

“We have a couple of players we are waiting to hear on, we are giving everyone the longest time we can.

“We have one or two bumps and bruises. I’m going to use the squad and I’ve got some good players who haven’t played yet.”

Chelsea midfielder Conor Gallagher, on loan at West Brom, is expected to start in Slovenia.