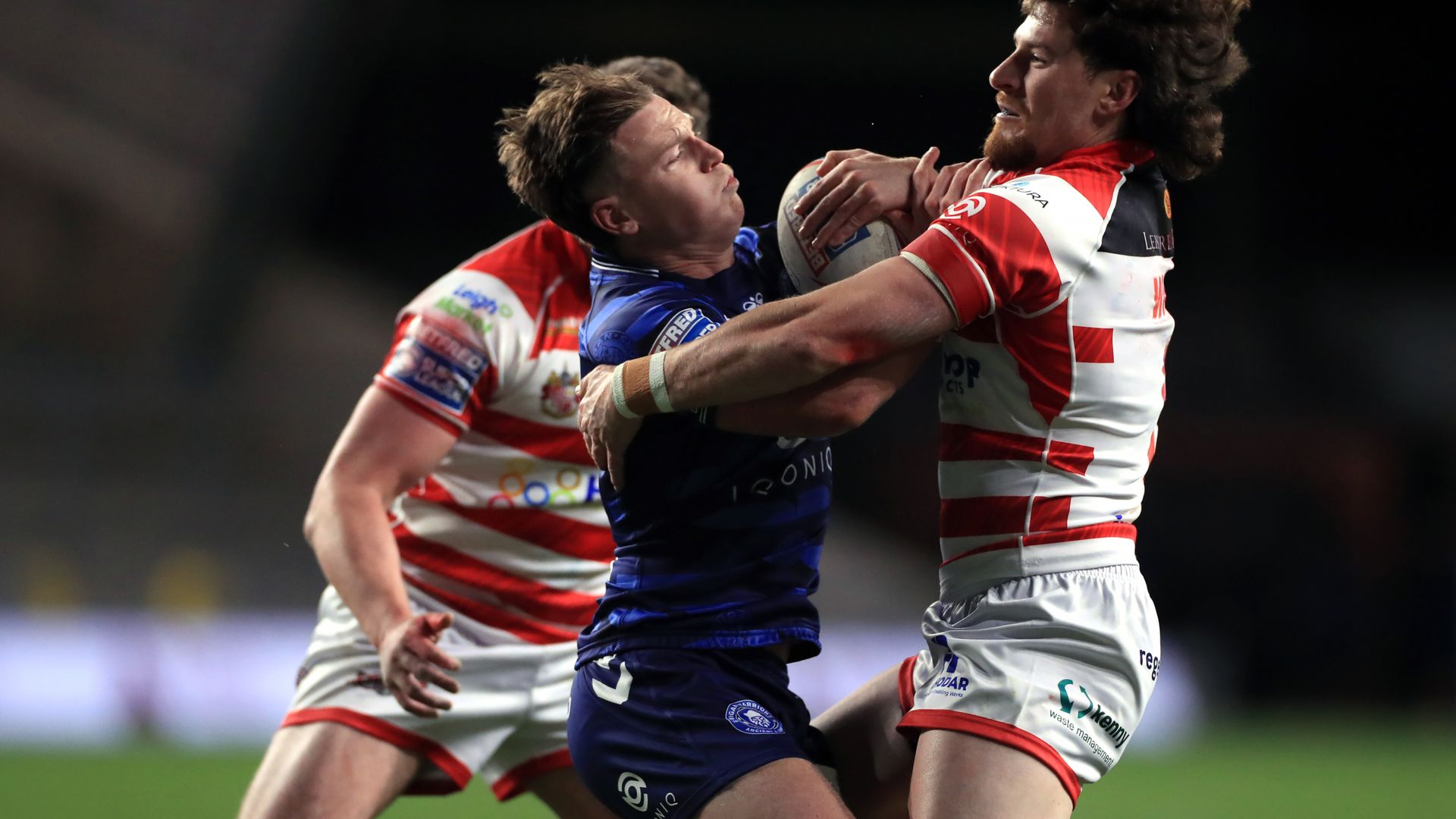 Utility back Jai Field joined the Warriors on a two-year contract from Parramatta; injured in first half in Friday’s Super League opener against Leigh; Warriors vs Wakefield Trinity live on Sky on Thursday

Wigan have ruled new signing Jai Field out for five months with a torn hamstring sustained on his debut.

The 23-year-old utility back, who has joined the Warriors on a two-year contract from Parramatta, sustained the injury just 19 minutes into Friday’s opening Super League game against Leigh and it proved far worse than initially thought.

“That’s the big news on behalf of the club,” Wigan coach Adrian Lam said at his weekly press conference. “It’s the worst-case scenario with Jai.

“It looks like he’s torn the belly of the hamstring, with tendons and everything involved with that, so it’s a real bad injury. He’ll be out five months, it’s not good at all.

“As a club, we’re devastated for him and his family. We’ve just got to make sure we rally around him to make him feel okay because it’s a difficult time for him.

“He’s been here for a long time without his family and through the Covid period he’s been isolated. He gets a chance to play rugby which he loves most and this happens.”

Field was used as a makeshift winger on Friday, with both Liam Marshall and Dom Manfredi on the sidelines, along with centre Oliver Gildart.

Lam played Umyla Hanley, the 19-year-old son of former Wigan and Great Britain captain Ellery, on one wing and Lam will turn to another youngster to fill the latest vacancy, with Sam Halsall and James McDonnell in the frame, for Thursday’s game against Wakefield at St Helens.

Lam says the club have no plans yet to recall threequarter Chris Hankinson from his loan spell with London Broncos.

Lam added that half-back Jackson Hastings, who sat out the opening game after arriving back late from Australia, will play against Trinity as he continued to dampen speculation over the player’s immediate future.

“He’s here, he’s training well and we’re enjoying his company,” Lam said. “He’s going to play a part in helping us be successful this year.

“He ran the water for us last Friday and more than likely he’s going to play this week. He’ll be in the 17.”

Full-back Bevan French is currently in quarantine after also delaying his return to the UK but is close to playing.

“The first day he can join us is in on Thursday so he’ll be on the bus with us,” Lam said.

Meanwhile, Lam was delighted to be paired with ambitious Championship side York City Knights in the third round of the Betfred Challenge Cup.

“It’s my favourite place in the UK and I follow the Knights purely because I love the town,” he said.

“The club have been on the up and they’ve got a new stadium. It’s exciting for us, we look forward to the challenge.”