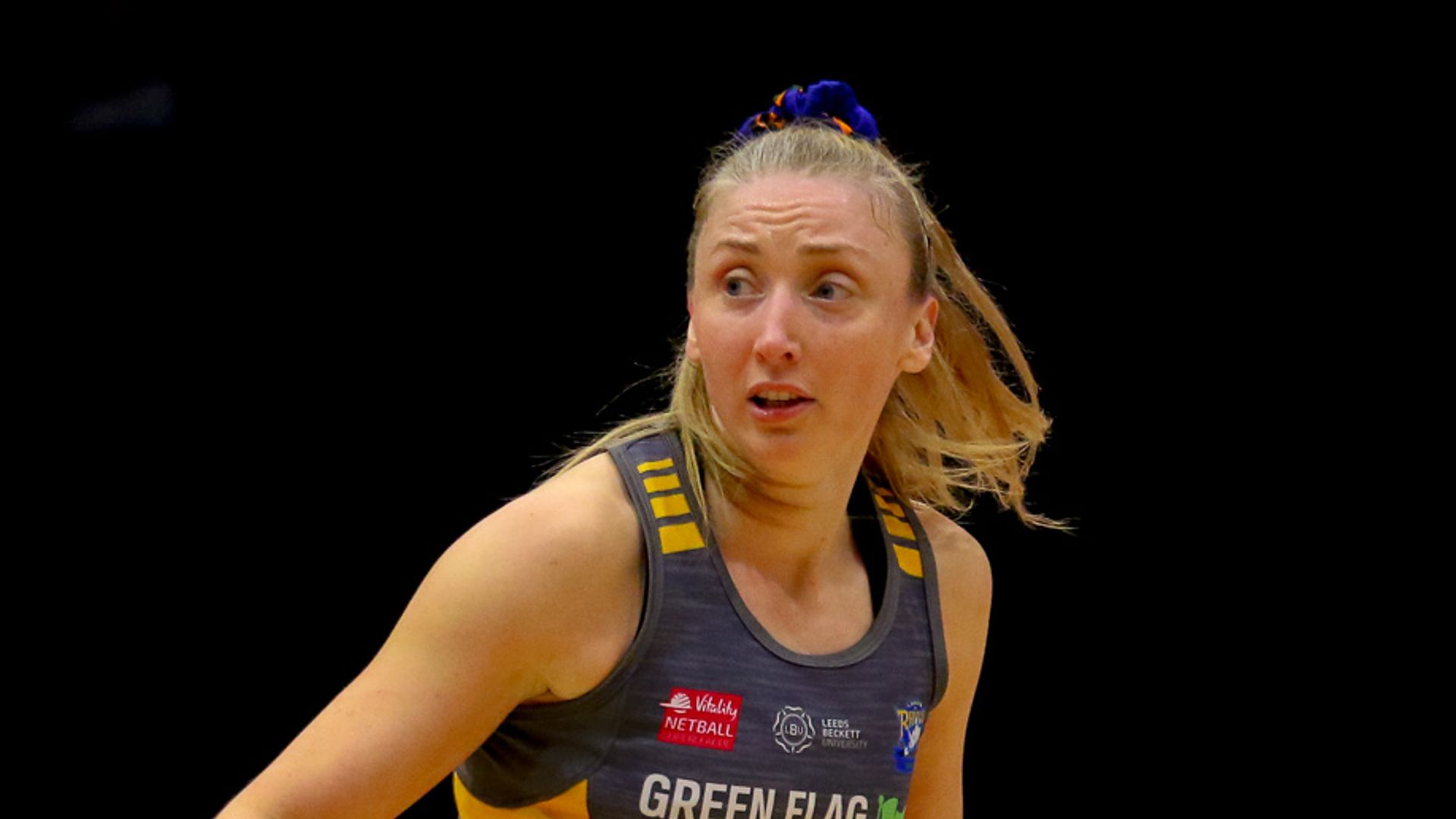 Leeds Rhinos Netball secured their fifth win of the season after an outstanding contest with London Pulse, while Saracens Mavericks overcame Severn Stars at the end of Round Eight of the Vitality Netball Superleague.

After four back-to-back matches on Sunday, both Rhinos and Pulse returned to court for their second games of the round, while Stars and Mavs were both fresh for their duel.

Every side will now take a short breather before Round Nine starts on Sunday lunchtime, and if you did miss any of the action, then you can watch every match back in full on the Sky Sports YouTube channel.

Dan Ryan’s Leeds Rhinos put a slow start behind them to prevail over a rejuvenated London Pulse outfit in the final contest of Round Eight.

The 40-38 contest saw Rhinos lose the first and fourth quarters, but at key moments they stepped up to make sure that the three match points belonged to them.

For London Pulse, the game was a reminder of just how talented their young squad is and their performance was a significant departure from their 51-29 defeat to Bath the day prior.

The result was a well-earned 15-9 lead after 12 minutes, before Tuaine Keenan came on at GK for Rhinos and had a significant impact on the game.

Together, Keenan and Vicki Oyesola shut down Pulse’s options and Rhinos’ attack-end rewarded their work using a faster speed of ball through court.

After using the second quarter to cut the deficit against them, Rhinos maintained their momentum and took the lead in the opening stages of the third.

Key shots were sunk by Sienna Rushton and Rhea Dixon and a 31-28 three-quarter time lead put Ryan’s outfit in the driving seat going into the final 12 minutes.

However, Pulse were not done yet and instead, Funmi Fadoju excelled as she moved back to GD and joined up with Halimat Adio.

Pulse, despite further remarkable interceptions and turnovers, just ran out of time while Rhinos kept cool heads and ground out the result.

Mavs’ defenders step up against Stars

A 19-10 final quarter ensured that the scoreline looked comfortable, however in her post-match interview Ratnapala did say that her side made life “challenging” for themselves throughout.

Mavs now have back-to-back matches against leaders Team Bath Netball and Manchester Thunder in Round Nine, while Stars will face the teams above and below them in the standings – London Pulse and Celtic Dragons.

The opening quarter went goal-for-goal as Stars capitalised on Mavs’ attacking errors. Captain Nia Jones marshalled her side on court and both teams’ circle defenders worked hard to win ball and create chances for their respective shooters.

After the first pause, Mavs were able to capitalise on a slight drop from Stars and with Razia Quashie and Jo Trip continuing to snatch plenty of ball, a 14-6 quarter helped them to create their 24-16 half-time lead.

In the third, Stars re-found their intensity and as mistakes returned into Mavs’ attack-end, another level quarter was the result.

With an eight-goal deficit to claw back and just 12 minutes to do it in, the pressure was on Bessell’s Stars to start the fourth quarter quickly and then make Mavs become tight as it continued. However, instead of doing that, it was their turn to struggle with errors.

Quashie remained dominant at the back and with Ine-Mari Venter shooting purposefully under Mavs’ post, they were able to accelerate away and condemn Stars to yet another defeat.

Sky Sports is your home of netball. The Vitality Netball Superleague continues on Sunday with Round Nine and four matches back-to-back, streamed live on the Sky Sports YouTube channel from 12pm.