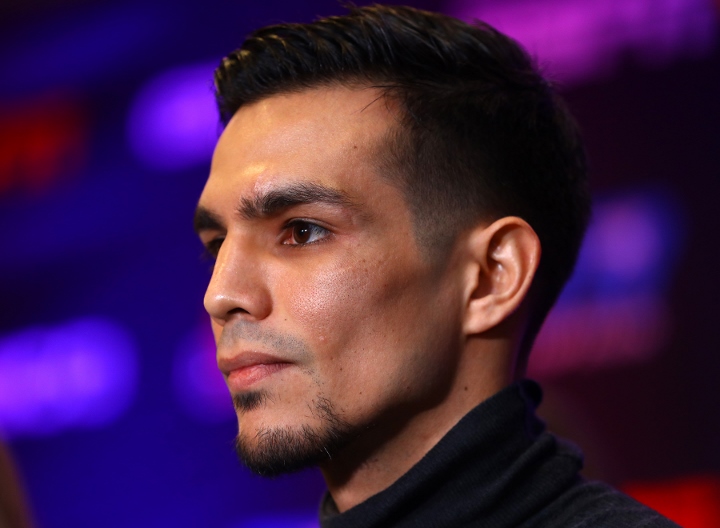 Jose Zepeda is set to return from his epic knockout of Ivan Baranchyk.

BoxingScene.com has learned that Zepeda will oppose Pedro Campa in a 10-round junior welterweight match May 22 in Las Vegas. ESPN will televise the bout between Zepeda (33-2, 26 KOs, 2 NC), of La Puente, California, and Campa (32-1-1, 21 KOs), of Hermosillo, Mexico, as its co-feature before Jose Ramirez and Josh Taylor square off in the 12-round main event for the IBF, WBA, WBC and WBO 140-pound championships.

Zepeda won one of the most stunning slugfests in boxing history in his last fight. The 31-year-old southpaw overcame four knockdowns to knock out Baranchyk in the fifth round of a main event ESPN televised October 9 from MGM Grand Conference Center in Las Vegas.

The resilient Zepeda also sent Baranchyk to the canvas four times in an unforgettable battle BoxingScene.com and numerous outlets named its “Fight of the Year” for 2020.

Their unbelievable brawl included not only eight knockdowns overall, but two rounds in which both boxers went down. Zepeda somehow survived two first-round knockdowns and one knockdown apiece in the second and fifth rounds to knock the ever-brave Baranchyk cold toward the end of the fifth round.

Barely 20 seconds after Baranchyk dropped Zepeda to the canvas for the fourth time, Zepeda blasted Baranchyk with a left hand that emphatically ended their scheduled 10-round junior welterweight battle. Zepeda’s devastating shot dumped Russia’s Baranchyk (20-2, 13 KOs) on his back awkwardly, with his right leg bent beneath him, and instantly ended their brutal back-and-forth fight with just 10 seconds to go in the fifth round.

The 29-year-old Campa agreed late last year to fight Adrien Broner in a “Showtime Championship Boxing” main event February 20 at Mohegan Sun Arena in Uncasville, Connecticut. One of Campa’s team members contracted COVID-19, though, and he was forced to withdraw from that bout early in January.

A few weeks after withdrawing from the Broner bout, Campa defeated Venezuelan journeyman Carlos Cardenas (26-18-1, 16 KOs) by majority decision in an eight-rounder February 6 in Hermosillo, Mexico.

Campa is 5-0-1 since suffering his only professional loss, a seventh-round technical knockout to countryman Carlos Jimenez (then 11-8-1) in October 2017 in Cuernavaca, Mexico.