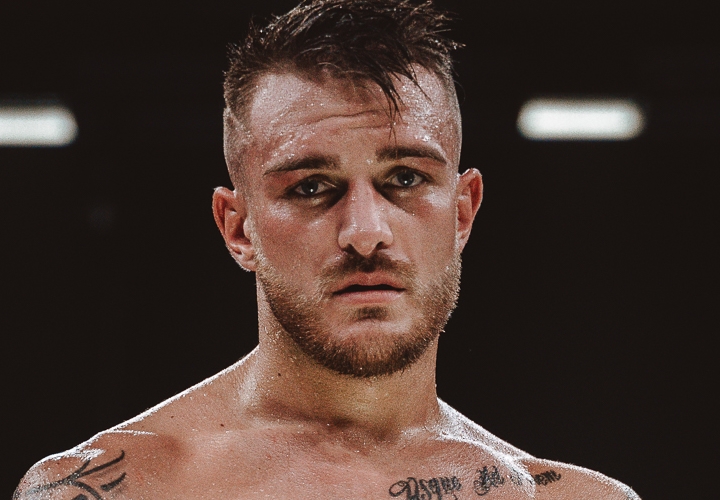 On April 16, at Allianz Cloud in Milan (Italy),  in a card promoted by Opi Since 82 and streamed live by DAZN, undefeated super middleweights Ivan Zucco (12-0 with 10 KOs) and Luca  Capuano (11-0 with 2 KOs) will fight for the vacant Italian championship over the 10 round distance.

Both are considered talented fighters that can go a long way in a division which includes European Union champion Daniele Scardina and former WBA World champion Giovanni De Carolis, who will fight for the vacant European crown against Lerrone Richards in May in London.

Ivan, are you familiar with Luca Capuano’s fighting style?

“Yes, I saw him fight many times.  He is an intelligent fighter, with good technique and who likes to counterpunch. I believe that he won’t change his style against me. It’s not in his interest to stand in the center of the ring and brawl with me. I want to beat him to become Italian champion. It’s a title that I always wanted and that’s why me and my father Andrea asked my manager Christian Cherchi about a fight for the national belt. My father was an amateur fighter with 108 fights on his record.”

What about your training sessions?

“Everything is OK. As usual, my coach is my father Andrea helped by Giuseppe Castellano and Andrea Canova.  Against Luca Capuano, the three of them will be in my corner.”

In 12 fights, you have 10 KOs. Do you consider yourself a boxer or a puncher?

“I train to win not to knock my opponent out with a single punch. If I wanted the KO at all costs, I would run too many risks. That said, if my opponent gives me an opening I will knock him out.”

Do you have an idol?

“Canelo Alvarez, I consider him the best pound for pound. I think that he is the idol of all the fighters of my generation. As a kid I never had a real idol, but I liked Olympic super heavyweight champion Roberto Cammarelle and amateur world lightweight champion Domenico Valentino.”

A couple of years ago, you traveled to Spain to train. Tell us about that.

“I went to Torremolinos, close to Malaga, in master Antonio Postigo’s training camp advised by Salvatore Cherchi. The first month, I was alone. The second month, super welterweight Mirko Natalizi joined the camp. I learned new exercises to improve my athletic training and I understood how important it is to be totally dedicated to the profession. I always trained with passion, but being in a foreign country without my family and friends made me train even more intensely.”

In your weight division there are also Daniele Scardina and Giovanni De Carolis. What do you think about them?

“They proved in the ring that they are very good. Giovanni won the WBA world title and that says it all. I should have trained with him, but that project was canceled. I fought against Daniele as amateur and he won.”