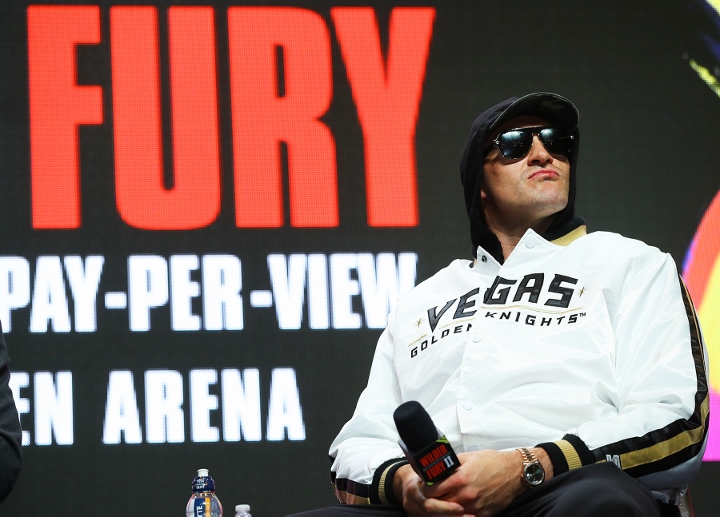 John Fury, father of WBC heavyweight champion Tyson Fury, is not convinced that a deal has been struck for the unification with IBF, IBO, WBA, WBO world champion Anthony Joshua.

Earlier this month, it was revealed that a deal had been reached for a Fury vs. Joshua unification – with both boxers signing their respective portions of the deal.

The agreement calls for two fights in 2021.

At the moment, there is no date or venue – with both sides targeting a date in June or July – but the location is not clear.

Inactivity is a serious concern for the elder Fury.

Tyson Fury has been out of the ring since February 2020, when he stopped Deontay Wilder in seven rounds to capture the WBC title.

“We need to get him out, whether these cowboys get the job sorted which I don’t think they’re going to do. What have they signed? They’ve signed nothing in my eyes. They’ve got no date, no venue, no nothing. What does it mean if you can’t get a date and a venue? What does it mean if no one is willing to put the money up?,” John Fury told BT Sport.

“It’s all about someone coming forward and saying, ‘Right, I’ll pay for the fight, I’ll stage the fight.’ Where are these people? That’s the position it’s in and I don’t think they can get it together. It’s too big for what’s happening and the climate the world is in at the moment. I just don’t think the timing is right for a fight of that magnitude with the state of the world.

“Tyson needs to fight twice this year, with or without AJ. Tyson is not bothered by any heavyweight on the planet – he’s passed being bothered by this man or that man. It’s a business for Tyson and we need to move on, get a living properly, sharpen his tools and keep him sharp in case that big night comes knocking. But I think they’re dragging their heels a bit because they don’t want to and I don’t blame them.”