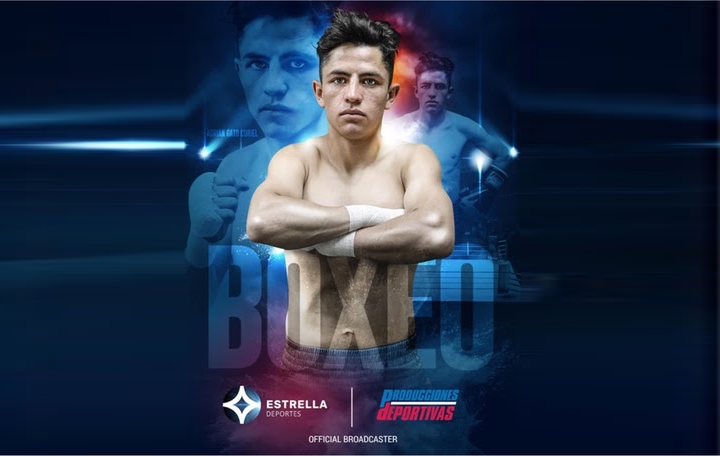 Friday’s clash between Gonzalez and Curiel matched two talented prospects against one another. Gonzalez last fought on October 30, defeating Saleto Henderson by split-decision. Curiel had not fought since March 13 of last year, defeating Rosendo Guarneros by unanimous decision.

From the opening bell, Gonzalez was on the attack, utilizing his height and reach to connect from the outside with a variety of combinations, including hooks and crosses to the head and body of Curiel. Undaunted, Curiel was able to find success on the inside, also landing hooks and lead right hands to the head.

Gonzalez was able to connect with uppercuts to the head of Curiel during the second half of the fight. Curiel attempted to walk Gonzalez down and, rather than box from the outside, Gonzalez committed to staying in the pocket to trade with Curiel. Both fighters had their moments, but Gonzalez’s early lead in the fight was able to hold up until the end.

Curiel, who resides in Mexico City, drops to 16-4, 3 KOs. He has now lost two of his last three bouts with the other loss coming in a very close fight against Joselito Velazquez in November 2019.

In the co-feature, junior featherweight Miguel Ramirez stopped Raul Apolonio Salas (2-5) of Mexico City when Salas did not answer the bell to start round 3. The fight was a rematch of their July 2019 clash, which Ramirez won by knockout in round 2.

Ramirez suffered his first loss in his previous fight on February 26, losing by split-decision to Jonathan Torres Puente. Ramirez improves to 8-1-1, 7 KOs.

In a clash of unbeaten flyweights, Edwin Cano of Michoacán, Mexico improved to 9-0, 2 KOs by stopping Ivan Armando Garcia (8-1-1 1 NC, 5 KOs) at the beginning of round 5.

In junior featherweight action between Mexico City residents, Brandon Maximo Nuñez (2-1, 1 KO) knocked out Carlos Martinez Cabrera (1-1-1) at 49 seconds of the opening round.

The fight card was promoted by Producciones Deportivas, which is based in Mexico City. The card aired live on Estrella TV in the United States and streamed on Fite.tv and TVC Deportes.

The next ‘Boxeo EstrellaTV’ telecast, which will air another Producciones Deportivas card, will take place on April 30.