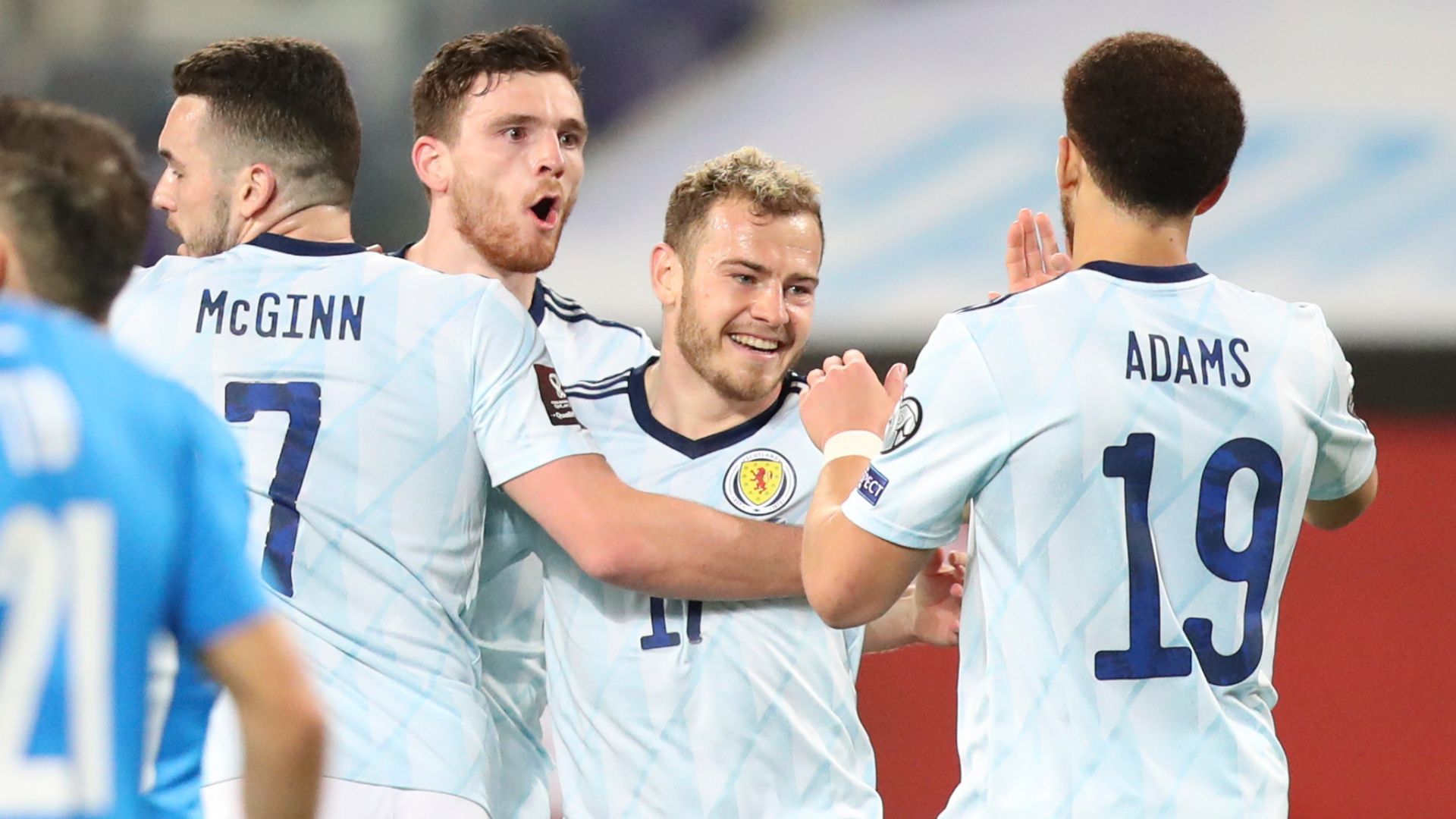 Scotland fought back from a goal down to secure a 1-1 draw in Israel, but Steve Clarke’s side lost more ground at the start of the World Cup qualifying campaign.

After Thursday’s 2-2 draw with Austria, Scotland were hoping to get their campaign up and running with a victory, but those hopes were given a set back as Dor Peretz’s powerful strike (44) gave the hosts the lead just before half-time.

Just as they did against Austria, Clarke’s team showed plenty of character and after a better showing in the second half, Ryan Fraser’s goal (56) handed them a share of the spoils.

After wins for Denmark and Austria, it was not the result either side wanted. Scotland, who are third in the group on two points, already have four points to make up on group leaders Denmark, starting against the Faroe Islands on Wednesday. Meanwhile, Israel are in fifth spot after picking up their first point of the campaign.

How Scotland’s blushes were spared in Israel…

The warning signs were there for Scotland from the opening moments. Eran Zahavi scuffed a decent shooting chance after the hosts got down Scotland’s left and Manor Solomon shot wide following a ball over the top put Scotland on the back foot.

Scott McTominay soon had a couple of chances but headed wide from six yards after getting up well to meet Andy Robertson’s corner, before shooting off target from a difficult angle.

Man of the match: Ryan Fraser

The first 15 minutes were surprisingly open but, Israel continued to create chances while Scotland sat off and struggled to get up the park. Zahavi saw a shot blocked by Grant Hanley and both Solomon and Shon Weissman hit efforts straight at David Marshall after the hosts created two good chances down their right.

Clarke would have been keen to get his side in at half-time to reorganise but his team talk was thrown up in the air a minute before the whistle. A diagonal ball from former Celtic defender Hatem Abd Elhamed put Scotland on the back foot and Israel quickly worked the ball inside to Peretz. The midfielder let fly from 25 yards and Marshall could only palm the shot into the top corner after getting two hands to the shot.

Clarke made a significant switch at the break, bringing on Ryan Christie for defender Jack Hendry and moving to a 4-2-3-1 formation.

Scotland came out with more purpose in and out of possession and Christie played his part in the equaliser, finding Adams with a pass down the line. The Southampton forward drove to the edge of the box and played it square for Fraser, who checked and fired into the corner.

Adams soon caused more problems with his direct running and forced a good save from Ofir Marciano, who soon stopped Kieran Tierney’s long-range effort. Sun Menachem then headed wide at the far post for the hosts.

Steve Clarke shook up his forward line with Che Adams handed a first start and Ryan Fraser coming in as support. Callum McGregor was also recalled as Ryan Christie, Lyndon Dykes and Stuart Armstrong made way.

Both sides went looking for the winner and Scotland had their chances.

McTominay tried to steer an effort into the corner after Tierney’s low cross but an Israel defender blocked.

Christie mishit a chance with his weaker foot and Robertson saw a shot diverted wide as Scotland pressed in stoppage time.

‘Scotland can be happy with a point’

“I spoke before the game and said if we wanted to try and win the group, we have to win the game. But, given the performance and given the way the game panned out, we’ve got to say we are happy with a point because, certainly in the first half, Israel were the better side.

“We came back into in the second half, but I don’t think we showed enough.

“We knew it was going to be tough. We’ve seen enough of Israel to know it will be tough. They’ve got good players. They are brave when they take the ball and if you allow them time and space on the ball, they play well as a team.

“Back in October we didn’t allow them to play and that was the blueprint for success, however, we didn’t do that enough. Maybe you can put it down it the travel – it’s a long flight. People will say it’s an excuse, but it does take its toll on you.

“The way the game went, you’ve got to be happy with a point, in terms of performance. But, obviously, you want to get as many points as you can early doors to keep the pressure on Denmark, who look like they are running away for it.”

What the Scotland manager said…

Scotland manager Steve Clarke: “We are disappointed. We didn’t start well. We were disappointed to lose the goal before half-time, but the players showed good character.

“It’s another point on the road to where we want to go. There was time in the first half where it was too easy for the Israelis to get out. They caused us a few problems.

“It is what it is, we take a point and move on.

“We asked the players to step up and show a bit of character and that’s what they did so credit to the players.

“Two points from two games – let’s see what happens later in the group. I can’t foresee the future.

“Austria play Denmark on Wednesday so one of them will drop points. We play the Faroes at home and we have to pick up points.”

Fraser: We have to beat Faroe Islands

“We showed character. It could have got a lot worse at 1-0 and the gaffer got us out fighting in the second half.

“To come away with a point, there is still lots to play for. We have to win the Faroe Islands game.”

2 – Ryan Fraser has scored in both of his last two Scotland games, this after having only scored once in his first 13 appearances for his national side beforehand. Leveller. pic.twitter.com/ZOezPJEb75

Scotland are back in World Cup qualification action on Wednesday when they host the Faroe Islands, live on Sky Sports Main Event from 7pm; kick-off 7.45pm.

Israel also have a World Cup Qualifier on Wednesday and they face a trip to Moldova; kick-off 7.45pm, live on Sky Sports Football via the red button.