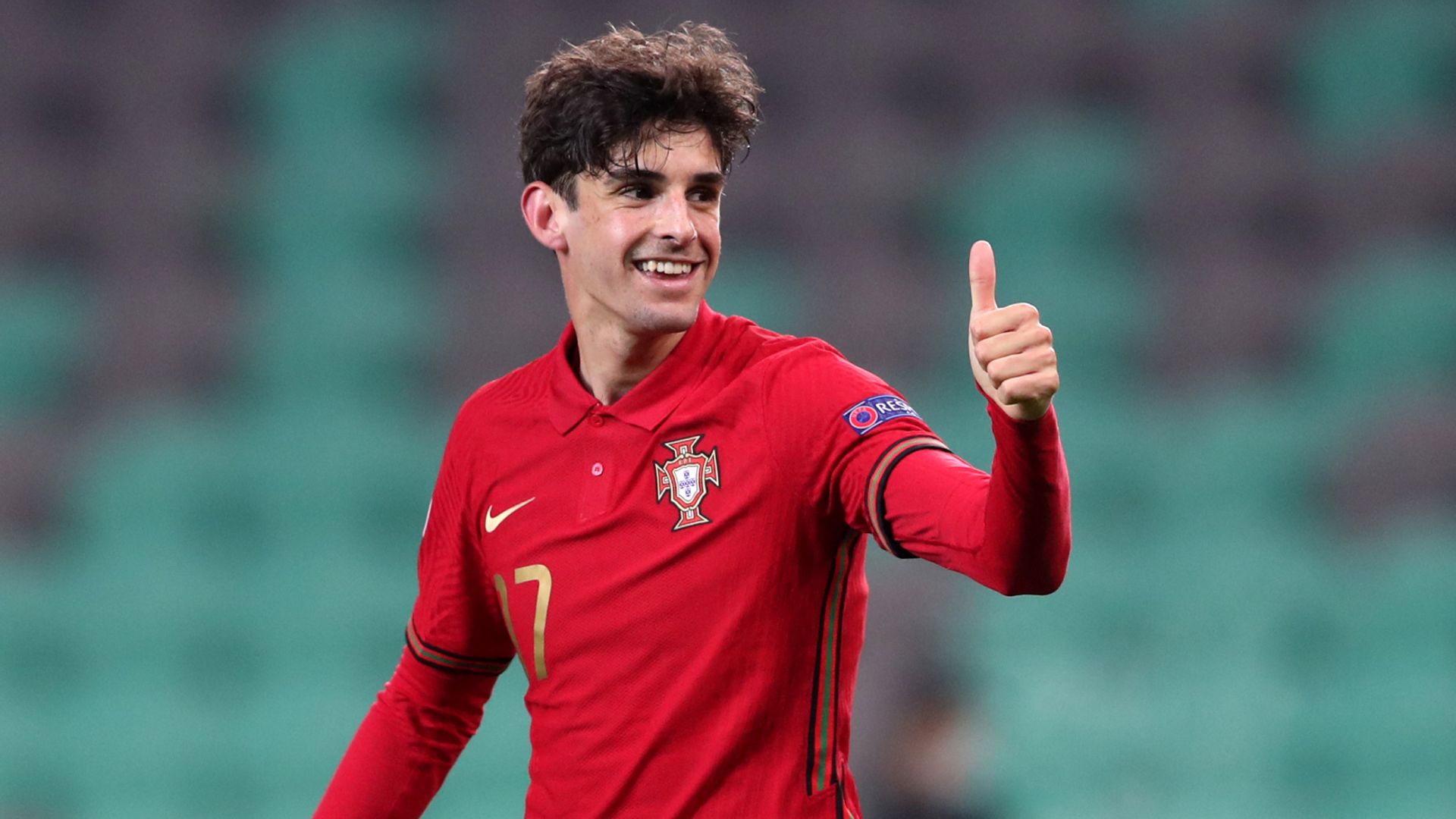 England’s European U21 Championship hopes are out of their own hands after goals from Dany Mota and Trincao gave a vastly superior Portugal a 2-0 win on Sunday.

Portugal should have been ahead before half-time, with Ben Godfrey twice denying Mota with goal-saving blocks, and a pair of Aaron Ramsdale saves keeping them at bay.

The Young Lions would hold on for only 19 minutes of the second period, and were finally caught out on the break when Pedro Goncalves robbed Oliver Skipp before feeding Mota, whose first-time effort kissed the far post on its way past Ramsdale.

England provided little in the final third, with debutant Noni Madueke firing over in one of few half-chances for Aidy Boothroyd’s side, who have managed only one shot on target across their two games at this year’s tournament to date.

They were handed a further blow 15 minutes from time when Marc Guehi was penalised for catching Goncalo Ramos’ foot inside the area, and Barcelona forward Trincao’s emphatic penalty sent Ramsdale the wrong way from the spot.

England now must beat Croatia in their final group game on Wednesday, and hope Portugal do the same against Switzerland, or Aidy Boothroyd’s men will be heading home after the group stages for the fifth time in six tournaments.

England’s remaining fixture will also be blogged live on skysports.com and the Sky Sports App:

Full fixtures can be found here