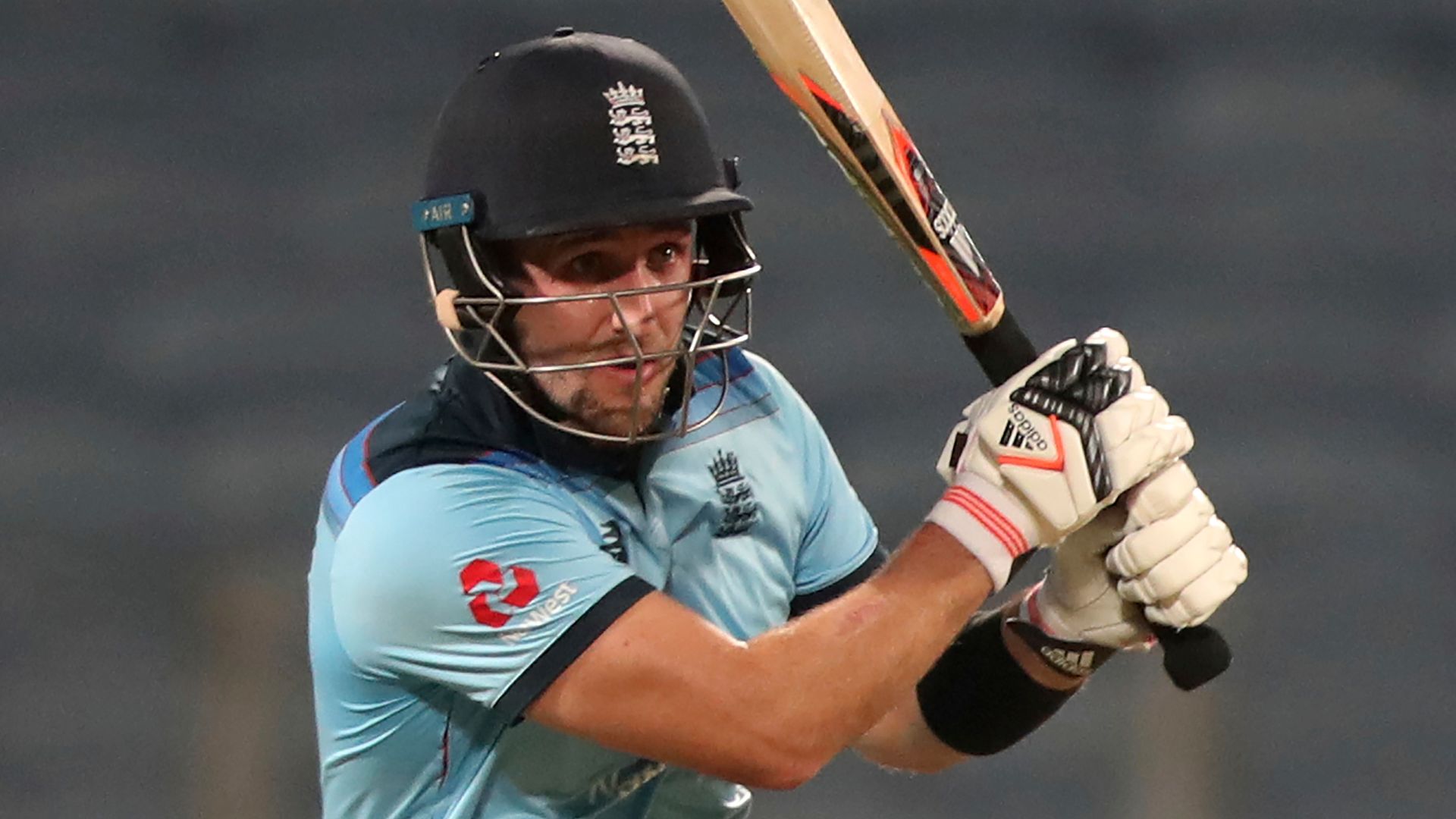 Sam Curran’s brave unbeaten 95 from 83 deliveries was not quite enough for England as they lost out by seven runs in the third and final ODI against India in Pune, with the home side securing the series 2-1

Liam Livingstone has staked a genuine claim to fill a middle-order slot in England’s 50-over side, according to Sky Sports pundits Nasser Hussain and Stuart Broad.

The Lancashire all-rounder caught the eye with a bustling 36 from 31 balls as he and Dawid Malan launched an ultimately unsuccessful fightback in the final ODI against India in Pune.

But Hussain feels the 27-year-old, who made his international white-ball debut at the same venue two days earlier, should be viewed as one of the tourists’ successes despite their 2-1 defeat in the three-match series.

Seamer Reece Topley also caught Hussain’s eye during the series, while Sam Curran starred with a heroic unbeaten 95 from 83 balls in the final game – but it was not quite enough as England fell short at 322-9, chasing 330 for victory.

“People will wake up tomorrow and it’ll be ‘England lost the 20 and 50-over series’,” said Hussain. “In fact, I think they have got much more out of the white-ball series than the Test series.

“They have learnt a lot about players. They are looking for a right-hander in the middle order and, with Liam Livingstone, and especially the way Sam Curran has played towards the end – there are more options.

“Reece Topley up front looked a bit stiff and sore. The lad’s had severe back problems and he’s played two games in three days now, but his bowling at the death has been a real tick.

“What has been a concern? Tom Curran’s dip in form, he looks like he’s been found out a little bit.

“Also, not finding a replacement if Adil Rashid suddenly drops down with his shoulder. Matt Parkinson never got a game all winter – so who’s your third spinner?

“But they got more out of this white-ball series and that stands them in good stead for both the T20 World Cup and the 50-over World Cup further down the line.”

Broad, who also praised both Livingstone and Topley, believes England will reap the long-term benefits of giving experience to some of their fringe players.

“We have seen some brilliant individual performances and India will be delighted to have won, but I think England have done themselves proud,” said the Test seamer.

“You have got some crucial experience into players that might not be in your first XI – you are missing the likes of Joe Root, Jofra Archer and Chris Woakes from this series.

“So it’s given opportunities to players, which you do need in tournament play because injuries do happen. You don’t want to be putting a debutant in at a World Cup semi-final.

“So the likes of Sam Curran are getting decent exposure and Liam Livingstone, who has excited me as a player for some time and has shown he’s able to play as an attacking player on that international stage as well.

“If you’re looking for a spare batter to be really pushing the guys in your team at the minute then he looks like the one, so there has been some real encouragement.”