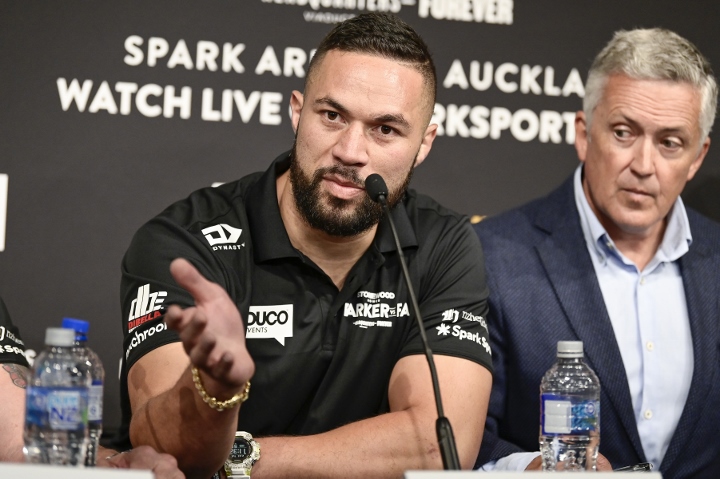 Former WBO heavyweight champion Joseph Parker has responded to the recent New Zealand headlines, which revealed that his name is linked to a major international drug importation and supply conspiracy.

Parker has not been charged in connection with the case.

Parker has legally fought for two years, at several hearings in the High Court and Court of Appeal, to keep his name secret.

On Friday at 2PM, the Supreme Court in New Zealand ended Parker’s bid for secrecy after ordering his name suppression to expire.

Prosecutors named him during the High Court trial of Tevita Fangupo, Tevita Kulu and Toni Finau in 2019. Despite not being charged, it was alleged that Parker played a role in the importation of methamphetamine by transporting and changing currency.

Parker has aggressively denied the allegations, including under oath in the form of an affidavit.

“Nor was I charged by the police in relation to the specific messages alleged to relate to me, after what appeared to be a thorough investigation.”

In a statement provided by his lawyer Michael Heron QC, Parker said today he and his family had been placed in a “terrible position”.

“Things have been said about me that are quite untrue; some of them have already been proven untrue, and I was given no chance to respond at the time they were made,” Parker said.

“It’s caused a lot of stress and worry for myself and my family – and it just seems totally wrong. Having said that, I need to accept the decision and get on with my life. I have other fights to fight.”

Parker’s lawyer also gave his take on the matter.

“He has had no opportunity to respond,” Heron said.

“The evidence was admissible against the men on trial and their lawyers had a chance to offer a rebuttal. Mr Parker did not have that. The jury made no decisions about Mr Parker.”