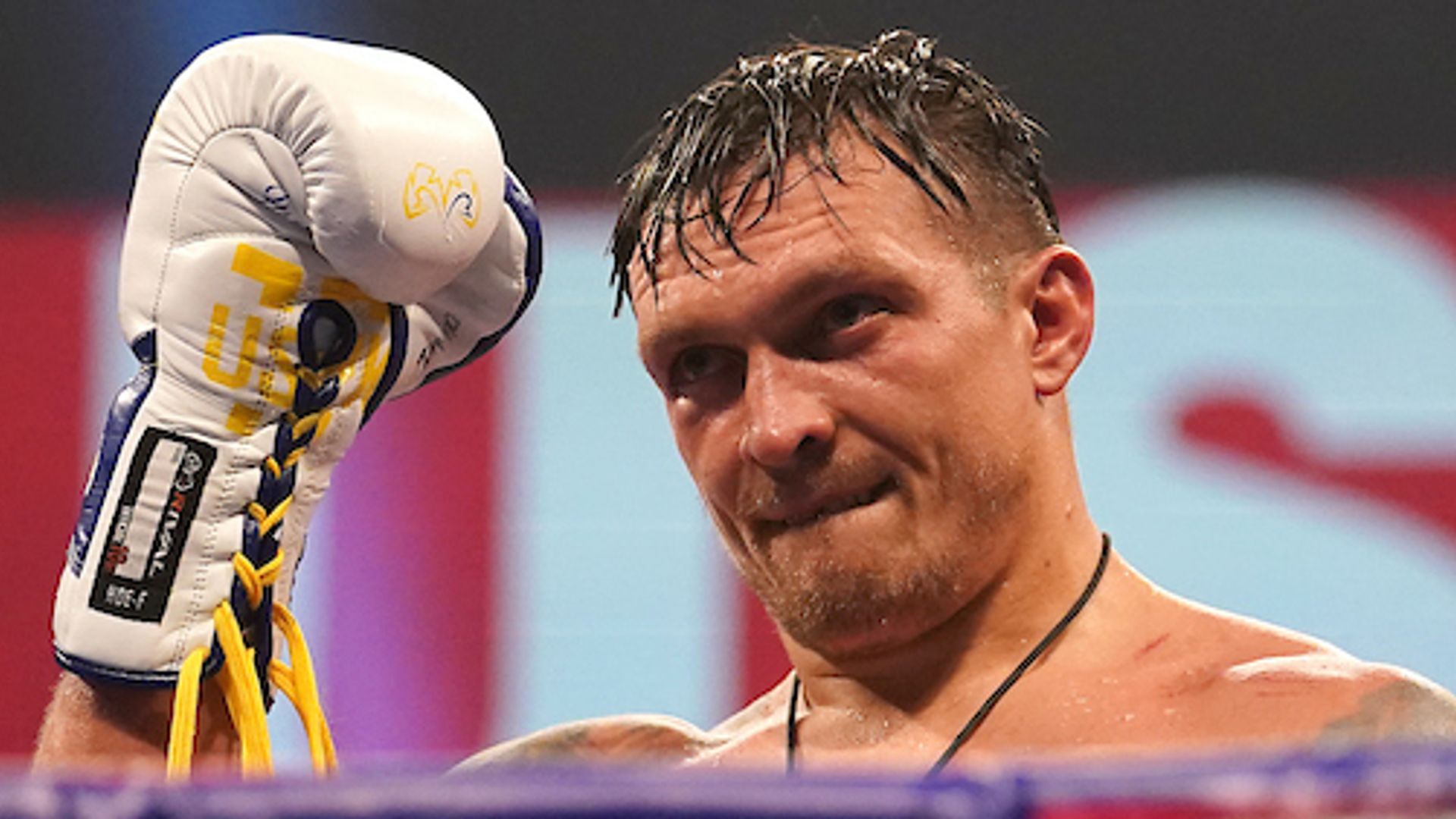 “[WBO president] Paco Valcarcel is a very fair and reasonable man! But the purse split is a matter of mathematics not of anything else,” says Oleksandr Usyk’s promoter Alexander Krassyuk

Oleksandr Usyk’s promoter says their claim to a higher share of the purse in a fight against Joe Joyce is “a matter of mathematics”.

Usyk and Joyce began talks to meet for the WBO interim title while Anthony Joshua and Tyson Fury are negotiating an undisputed heavyweight championship fight.

The Ukrainian is the WBO mandatory challenger and his promoter Alexander Krassyuk implored the governing body to take a “courageous decision” to enforce his opportunity, if Joshua vs Fury is not confirmed soon.

In the meantime, Krassyuk says negotiations to fight Joyce have not moved forwards since January, although Joyce’s representatives say: “The management teams of the fighters get on well and talks are progressing.”

Krassyuk wants the WBO to clarify how Usyk and Joyce should share the purse for their proposed fight.

He previously told Sky Sports: “The problem is that there is no frame for negotiations as the split has not been officially confirmed by the WBO.

“The split should be defined as the average of the last three fights of both fighters.

“And according to my knowledge, it should look like 93 per cent in favour of Usyk.

“Unless the split is officially fixed, any negotiations make no sense as they would not lead to an agreement.”

Krassyuk has now clarified: “The WBO is a well-respected sanctioning body where I am honoured to be a member of for many years as are many other promoters.

“[WBO president] Paco Valcarcel is a very fair and reasonable man! But the purse split is a matter of mathematics not of anything else.

Joyce’s manager Sam Jones previously said: “As for his talk about a 93/7 split, that is clearly ridiculous. We have the utmost respect for the WBO, one of the fairest sanctioning bodies in boxing, and we are sure they will come to a fair and appropriate purse split if the matter does go to purse bids.”