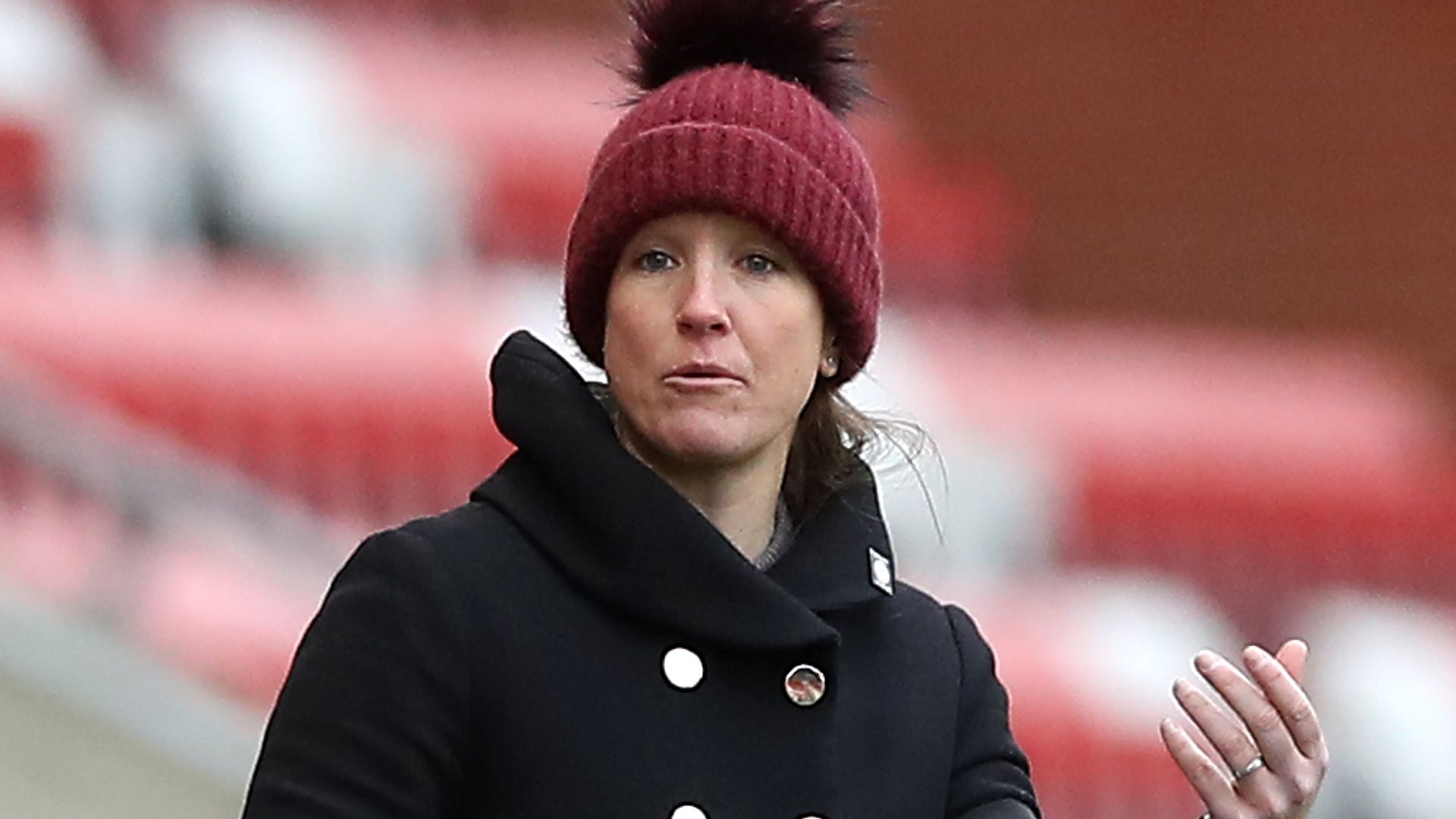 Online abuse, discrimination and racism has surged in recent months with many footballers targeted, leading to constructive conversations about how equality in the sport can be achieved, with Kick It Out’s new chief executive recently sitting down with Sky Sports to discuss how the issue can be tackled.

The Football Association (FA) set up the Football Leadership Diversity Code in October 2020 in an effort to increase the equality of opportunities within the professional game. The code has more than 50 signatories, but fewer than half of professional men’s clubs have signed up so far.

Asked about being labelled a game changer on International Women’s Day (March 8) – and where society is on the path to achieving equality in football – United boss Stoney told Sky Sports News: “I don’t think we’re anywhere near where we need to be if I’m honest.

“Not only from a female perspective, but from a diversity and ethnicity perspective. Our game is very white, and that has to change. We have to look at what the barriers and challenges are.

“We have to make sure everybody feels this is a game for them. We need visibility, so people can see role models within the game. If you can’t see it, you can’t be it. We have a lot of work to do.

“Equality and diversity is something we have to improve drastically. That’s not just football, that’s society. I would say diversity is far worse in the women’s game than the men’s game.

“You look across the top WSL clubs, you can count on one hand the amount of black and minority ethnic players there are in the game. That’s got to change.

“I don’t want players to feel they can’t come to my football club [because of the colour of their skin]. We need to encourage all players into the game. If I don’t see people like me, there is probably a fear to come into that environment.

“We need role models. The game has come a long way – an awful long way. We have a fully professional WSL, the standard of the women’s game has gone to another level. We are getting more coverage, but the game is still growing.”

Nominations have opened for the 2021 FA and McDonald’s Grassroots Football Awards.

The awards recognise and celebrate the work of grassroots volunteers across England who make a real difference to their clubs and communities.

The awards, which also take place in partnership with the football associations of Scotland, Wales and Northern Ireland, are backed by leading football legends Sir Geoff Hurst, Kenny Dalglish, Martin Keown, Casey Stoney and Pat Jennings and have a range of categories including, Coach of the Year, Club of the Year, Volunteer of the Year and Community Project of the Year.

“I think this year is one of the most important award ceremonies that could have been done,” Stoney said. “These unsung heroes have given up a lot of time and hours to keep their communities connected.

“Without the grassroots game, there is no game.”