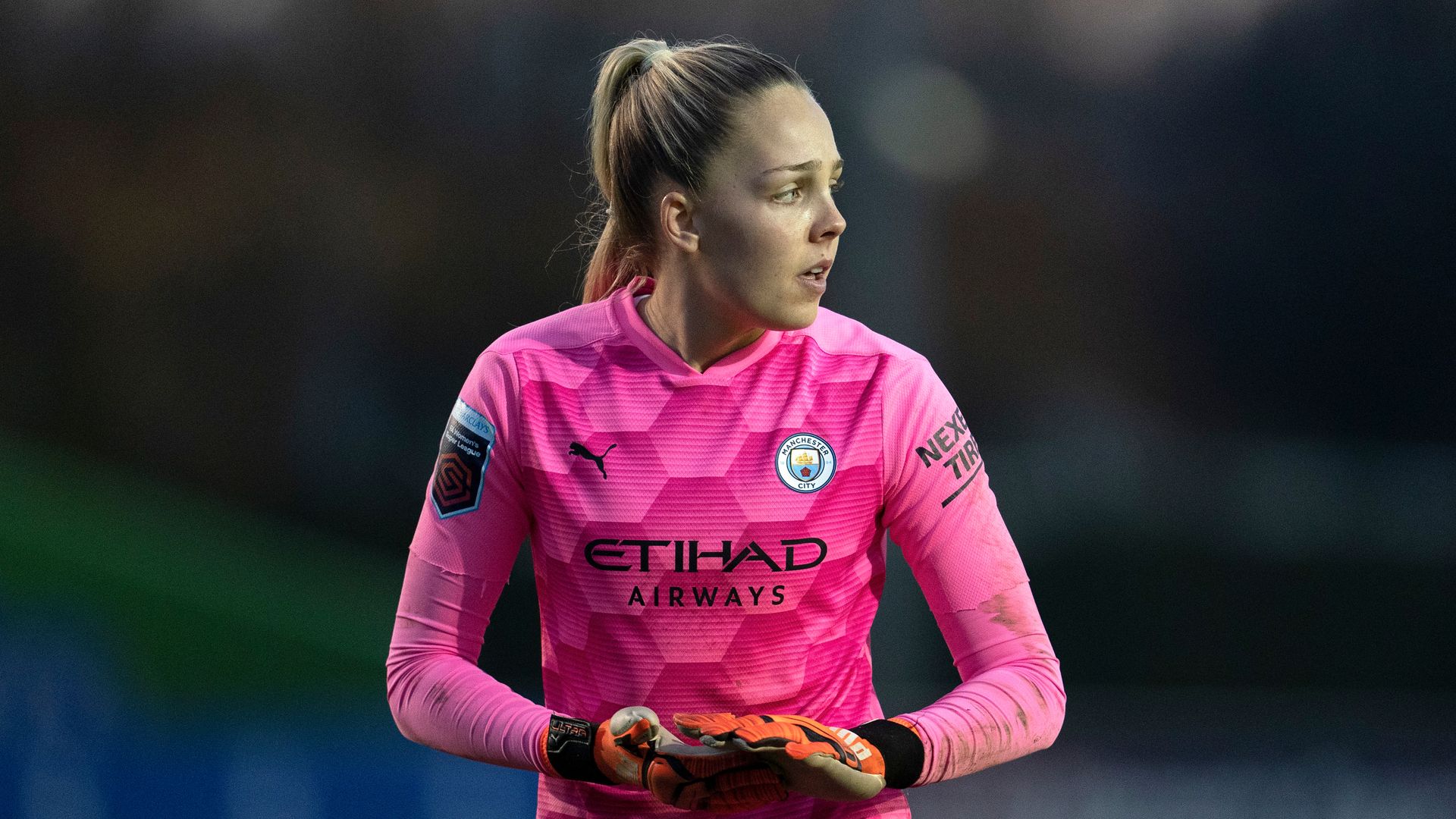 Goalkeeper Ellie Roebuck insists Manchester City Women have the quality to win the Champions League and are aiming for European success this season.

City will hope to emulate fellow Women’s Super League (WSL) side Chelsea, who secured their place in the quarter-finals with a 3-1 aggregate victory over Atletico Madrid Femenino on Wednesday.

Roebuck and City take a 3-0 lead of their own into their last-16 second leg against Fiorentina on Thursday, and the 21-year-old believes the club can and should be aiming to win the competition.

“I think for us as a club it’s one that both the men’s side and the women’s side really want to add to their cabinet,” Roebuck told Sky Sports News.

“We know it is going to be tough but we have real good quality players now within the squad and that has got to be our aim.”

Gareth Taylor’s side are fighting on three fronts amid a WSL title push and with the FA Cup set to restart from March 31, a competition Manchester City won in the rescheduled final last November.

City No 1 Roebuck believes they have built off a strong summer of recruitment and laid the foundations for their pursuit of more silverware.

“I think we are in a really good position this year, we have got such a strong squad, we recruited really well in the summer,” Roebuck said.

“Hopefully for us this year we can continue to play well and give us the best possible chance to progress through the Champions League.”

Roebuck: Dream to go to the Olympics

An Olympic Games is often described as the pinnacle for any athlete’s career, and for Roebuck she is hoping good performances at club level keep her in contention for a place in the final Team GB squad.

Only 18 players will take part for Team GB, who on Wednesday officially named England interim coach Hege Riise as their head coach for the Games.

“I am sure I speak on behalf of everyone, it is really exciting times and something that would be a dream to be a part of,” Roebuck added.

“The competition is massive, the squad numbers will reduce and it is quite a small squad that goes.

“Obviously it would be a dream to go to an Olympics and play at an Olympics but I think if I continue with the mindset of playing week in, week out for the club, then hopefully I will be putting the performances in that will help me when it comes to pushing to being in that squad.”

Manchester City boss Taylor has stressed “no tie is ever over after the first game” ahead of Thursday’s second leg against Fiorentina.

City head into the contest in Florence with a 3-0 lead from the first leg last week, thanks to early finishes by Lauren Hemp and Ellen White and a late Sam Mewis header.

Taylor said: “Sometimes when you’ve got nothing to lose you can see a team come out and be a little bit braver. They could come out and really go for it, so we need to be alive and aware of that and I’m sure we will be.”

After two runs to the semi-finals of the Champions League, City exited in the last 32 in 2019 and the last 16 in 2020, both times being eliminated by Atletico Madrid.