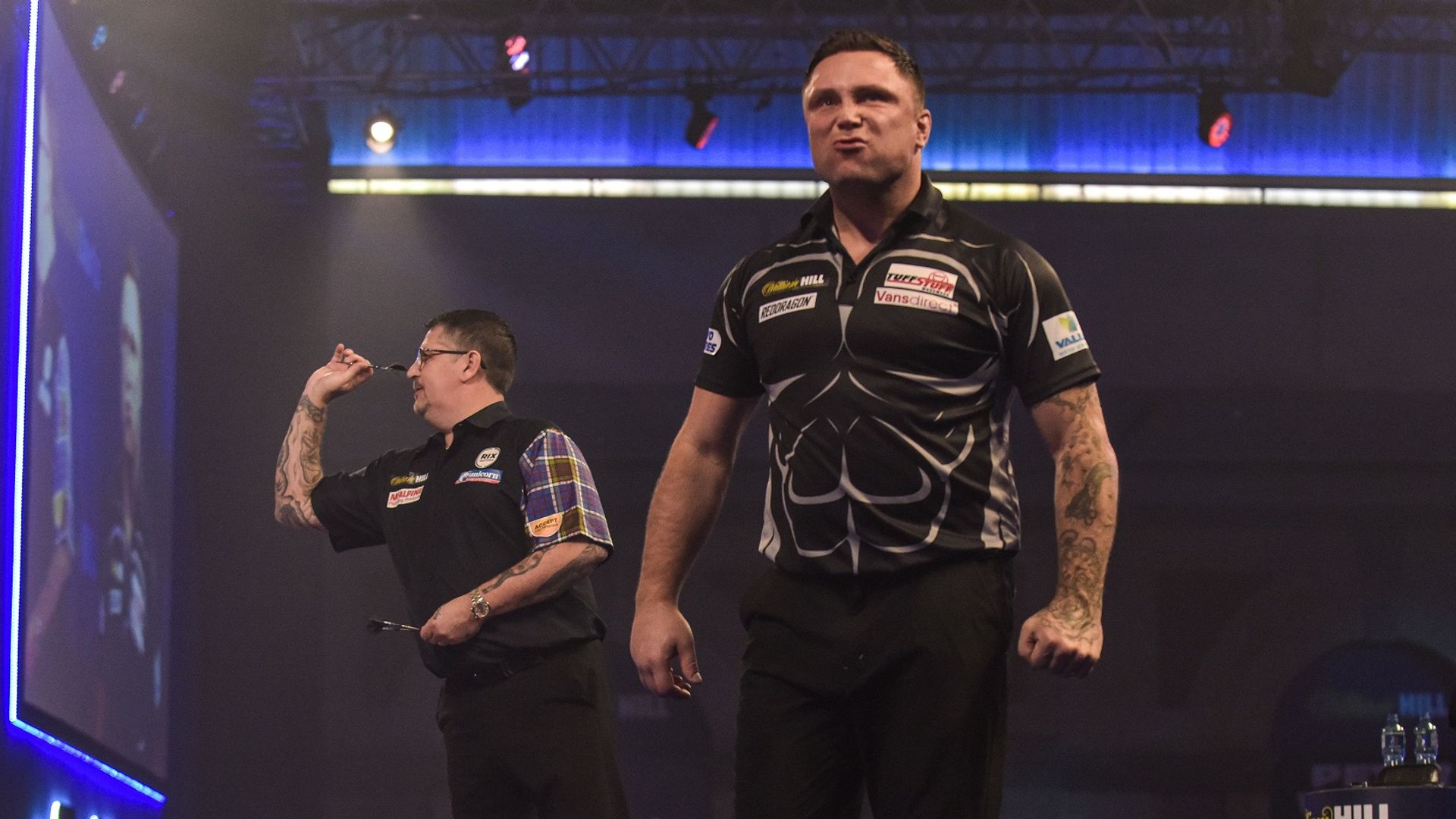 World champion and world No 1 Gerwyn Price will face Gary Anderson four months on from lifting the Sid Waddell Trophy in north London; watch every night of action from Milton Keynes on Sky Sports from Monday April 5

It will be rivalries renewed when the delayed 2021 Premier League Darts gets under way as Glen Durrant and Nathan Aspinall clash on an opening night that will also feature a repeat of the World Championship final.

Gerwyn Price claimed his first world title with victory over Gary Anderson at Alexandra Palace, and with the pair both in the 10-man field for this year’s Premier League, they will meet again on Monday April 5.

After Price’s victory over Anderson, the PDC confirmed that the traditional 17-night roadshow would be pushed back to Easter rather than its usual February date and last month it was confirmed that the tournament will begin behind closed doors due to Covid-19 restrictions.

The first nine nights will take place without a crowd at the Marshall Arena – including Judgement Night where the bottom two players in the league will be relegated – with the PDC, who has already announced the schedule for 2022’s Premier League, hopeful of confirming the final eight nights in the coming weeks.

While a repeat of the Ally Pally showpiece has become tradition, this year’s tournament will also see a repeat of last year’s Premier League final between Durrant and Aspinall who were both making their full-time debuts in the competition after 2019 saw them feature as ‘Contenders’.

Duzza took the title at the Ricoh Arena in Coventry, beating the Asp 11-8 after a 10-9 victory over Anderson earlier in the evening and they will raise the curtain on this year’s event.

The opening nine nights will see the 10 players face each other once in the round-robin phase.

Games will be the best of 12 legs – first to seven, or a six-all draw.

Players receive two points for a win and one point for a draw.

There are no invited players this year with the tournament reverting to its 2018 format of 10 players competing to avoid elimination and make the play-offs but three players will be featuring for the first time, hopeful of emulating Durrant.

Masters winner Jonny Clayton will take on Peter Wright before meeting his World Cup-winning Wales team-mate Price on Night Eight, while the Grand Slam of Darts champion Jose De Sousa – the only player with no Premier League experience – starts against Rob Cross.

Last year’s Premier League began with six nights on the road – including the last full crowd in attendance at a darts night on March 12 in Liverpool. After resuming in Milton Keynes for 10 nights across August and September, the Play-Offs took place in Coventry in October.

James Wade, Alan Soutar and Mark Webster join the gang to review a whirlwind start to the season

Watch live coverage of the 2021 Premier League on Sky Sports – the action gets under way on Monday April 5 with five consecutive nights of action from the Marshall Arena, Milton Keynes.