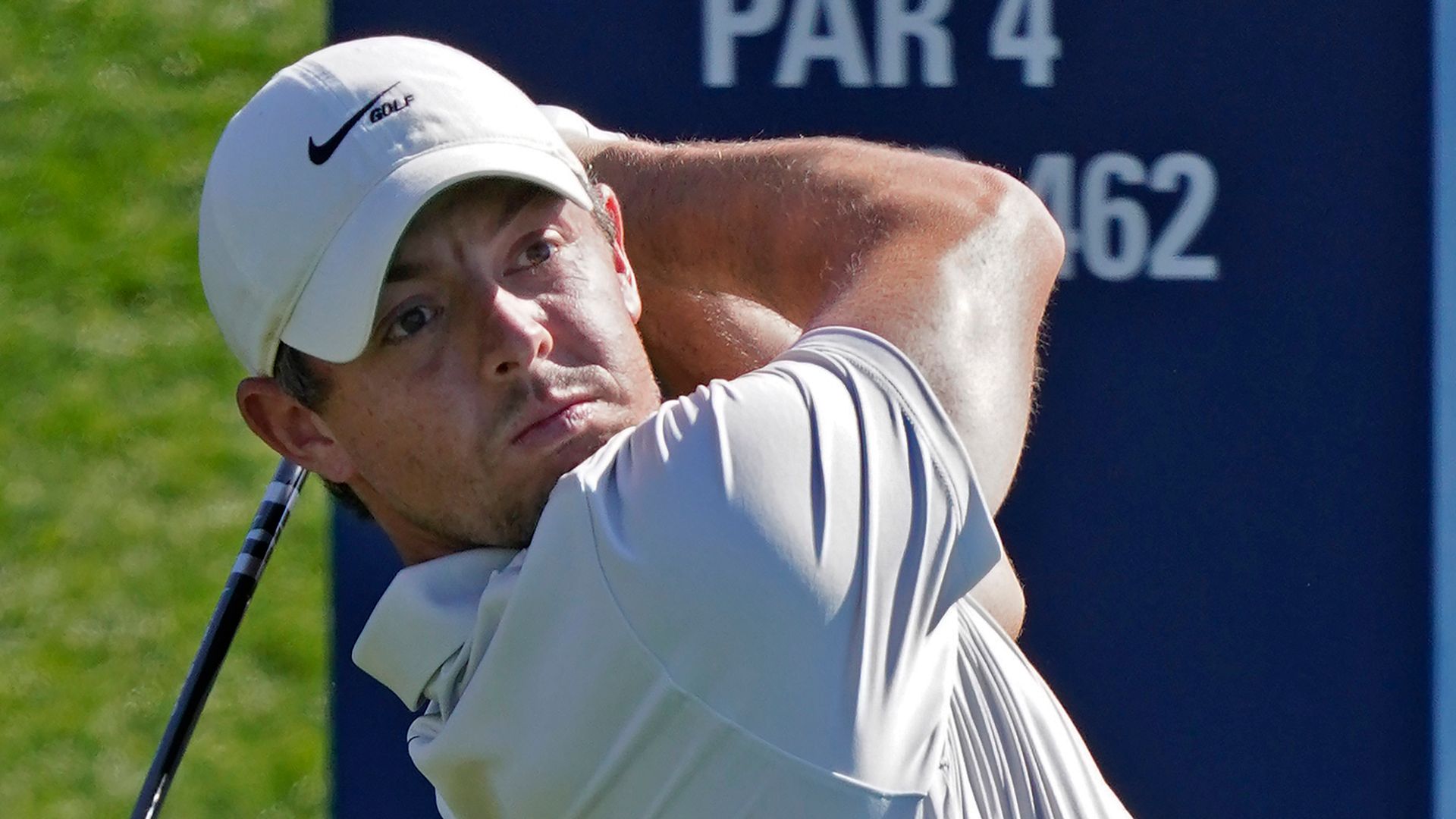 Defending champion Rory McIlroy was scrambling hard just to make the halfway cut at The Players Championship after starting with a double-bogey and then running up an eight at the 18th to crash to seven over par; watch live on Sky Sports The Players

Rory McIlroy endured a horror start to the defence of his Players Championship title as he slumped to seven over par after only nine holes at TPC Sawgrass.

The 2019 champion was looking forward to a “second bite at the cherry” after his initial title defence was curtailed by the Covid-19 pandemic which forced the tournament to be cancelled following the first round last year, but his challenge was in tatters midway through his opener.

McIlroy set the tone when he yanked his opening tee shot into the trees at the 10th, a mistake which led to a double-bogey six, and he dropped another shot at the 13th before worse was to follow at the daunting 18th.

The lean to the right after he swatted his drive away was a warning sign that he had tugged it left, and his ball splashed in the lake a couple of yards left of the fairway.

But he then compounded the error when he took a drop at the front of the tee and pulled out a long-iron to play for position in an attempt to limit the damage, but he pulled that ball into the lake as well.

After playing-partner Webb Simpson also donated two balls to the water, McIlroy’s fifth shot found the front of the green – 60 feet short of the flag – from where he three-putted after leaving his first attempt seven feet shy of the target.

The resulting quadruple-bogey eight took McIlroy to the turn in 43 – seven over par and 10 shots behind the third member of their group, 2008 champion Sergio Garcia.

Watch the videos to see McIlroy’s horrendous start, and finish, to his first nine holes at TPC Sawgrass. Live coverage continues on our dedicated channel – Sky Sports The Players.