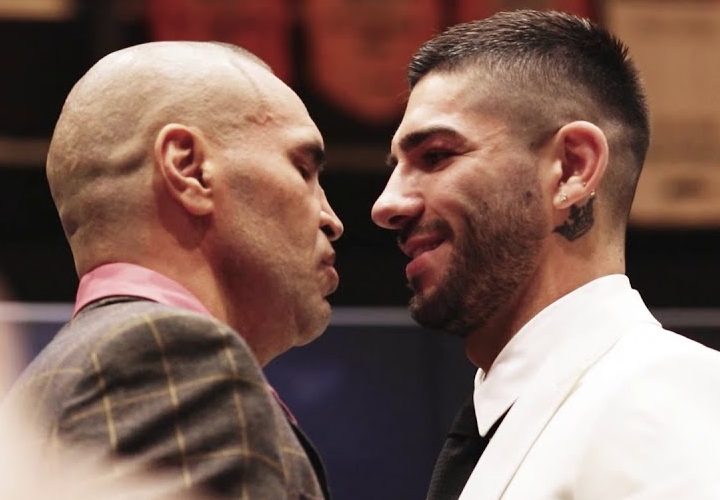 Former world champion Anthony Mundine, 45-years-old, is hoping to leave the sport on a winning note this Saturday night, when he faces tough middleweight contender Michael Zerafa, 28-years-old, in Bendingo.

Zerafa, for his part, wants to knock off Mundine in order to land a crack at Australia’s rising star, Tim Tsyzu.

He confronted Tszyu last year, in the aftermath of the latter’s win over Bowyn Morgan.

Regardless of the outcome, Mundine makes it clear that he’s going to walk away from the sport for good.

“More than likely [this will] be my last fight, win lose or draw,” Mundine said.

But he finds himself as a big underdog with Zerafa.

“All the pressure is on him, ” Mundine said. “I have had a tremendous career … I am just ready to turn up. He’s the one that has to deliver. I am a 7-1 underdog but I am coming to fight. I have got nothing to prove, but I have always said I want to go out on a winning note.”

Zerafa is not overlooking Mundine and feels very motivated for the fight.

“I am super switched on, I am super strong,” Zerafa said. “It’s 10 rounds, I am in no rush. I have been training twice, three times a day, seven days a week, I have been in sparring camps … against bigger boys.

“I want Tim Tszyu. I am in that reach … I want to be involved in the biggest fights. Everyone forgets I knocked out Jeff Horn first. Horn didn’t want a trilogy (after a controversial second fight in Brisbane in December 2019 went the Queenslander’s way), Tszyu didn’t want to fight, had excuses. For me, I want bigger and better. That’s why this fight means so much to me.”