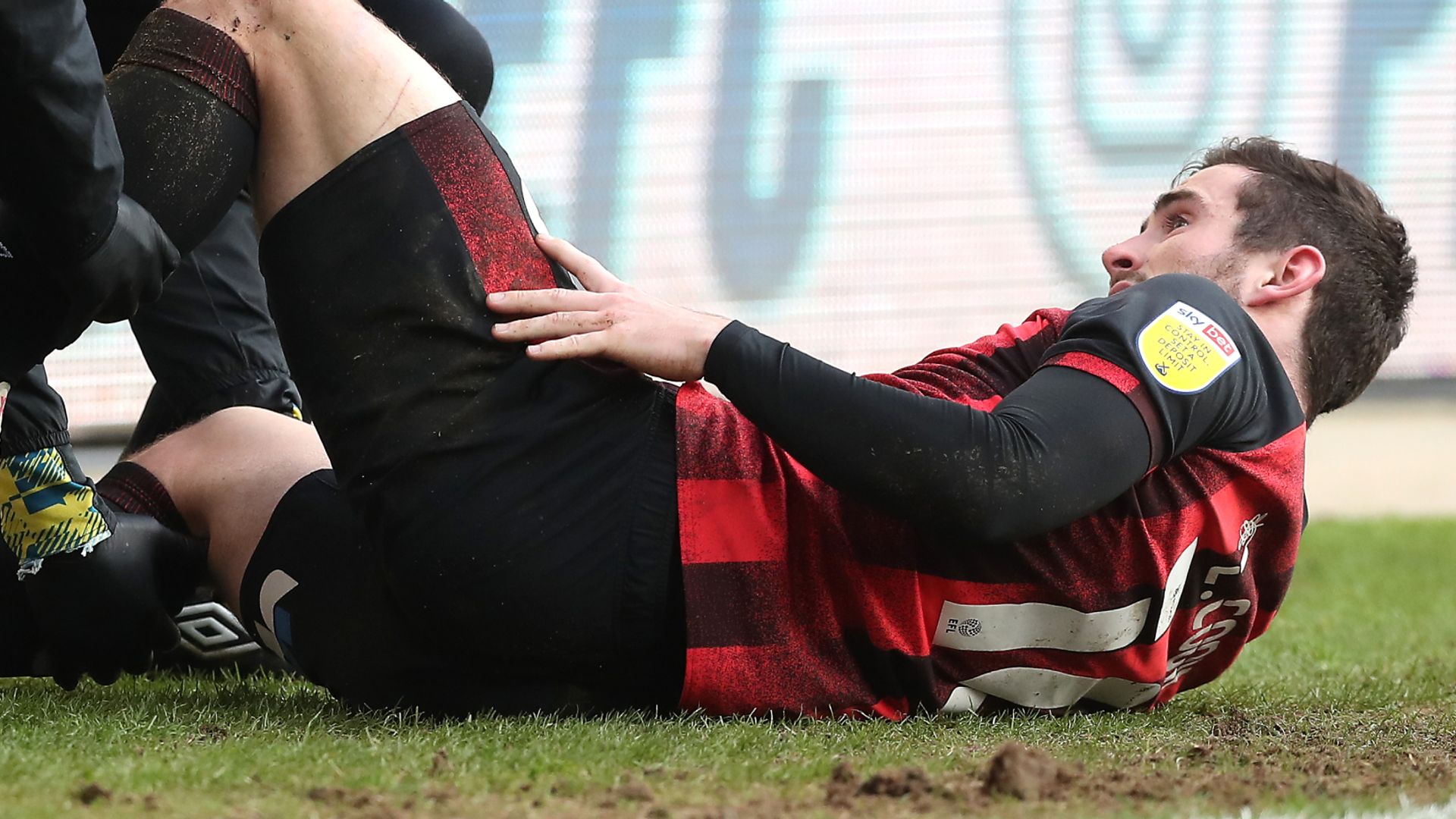 Bournemouth midfielder Lewis Cook has been ruled out for the season after rupturing the anterior cruciate ligament in his right knee.

The 24-year-old, who signed for the Cherries from Leeds in 2016 in a deal worth up to £10m, was substituted in Saturday’s 1-1 Sky Bet Championship draw against Preston with a knee injury.

Cook – a full England international – suffered a similar injury in 2018 and his new injury is a blow for Bournemouth as they look to make an immediate return to the Premier League following relegation at the end of last season.

He has made 35 appearances so far this term across all competitions, starting 30 of Bournemouth’s 35 Championship games to date, with the south coast club sitting seventh with 11 games to play.

“We are devastated for Lewis, who has been such a key part of the team this season,” Bournemouth boss Jonathan Woodgate told the club’s website.

“He is still a young player with a long career ahead of him, and we will provide the best rehabilitation, treatment and support to ensure he comes back stronger than ever.

“Lewis has experienced this before so he knows exactly what it takes to return from this injury.

“That doesn’t make it any easier but he is mentally strong and will have the support and love of everyone at the club every step of the way.”

Cook won the U20 World Cup with England in 2017 and the 2018 Toulon Tournament with England U21s, leading to his first senior call-up to Gareth Southgate’s side, also coming in 2018. He has not yet made a second appearance.

The Cherries are back in action on Saturday when they host sixth-placed Barnsley at the Vitality Stadium.