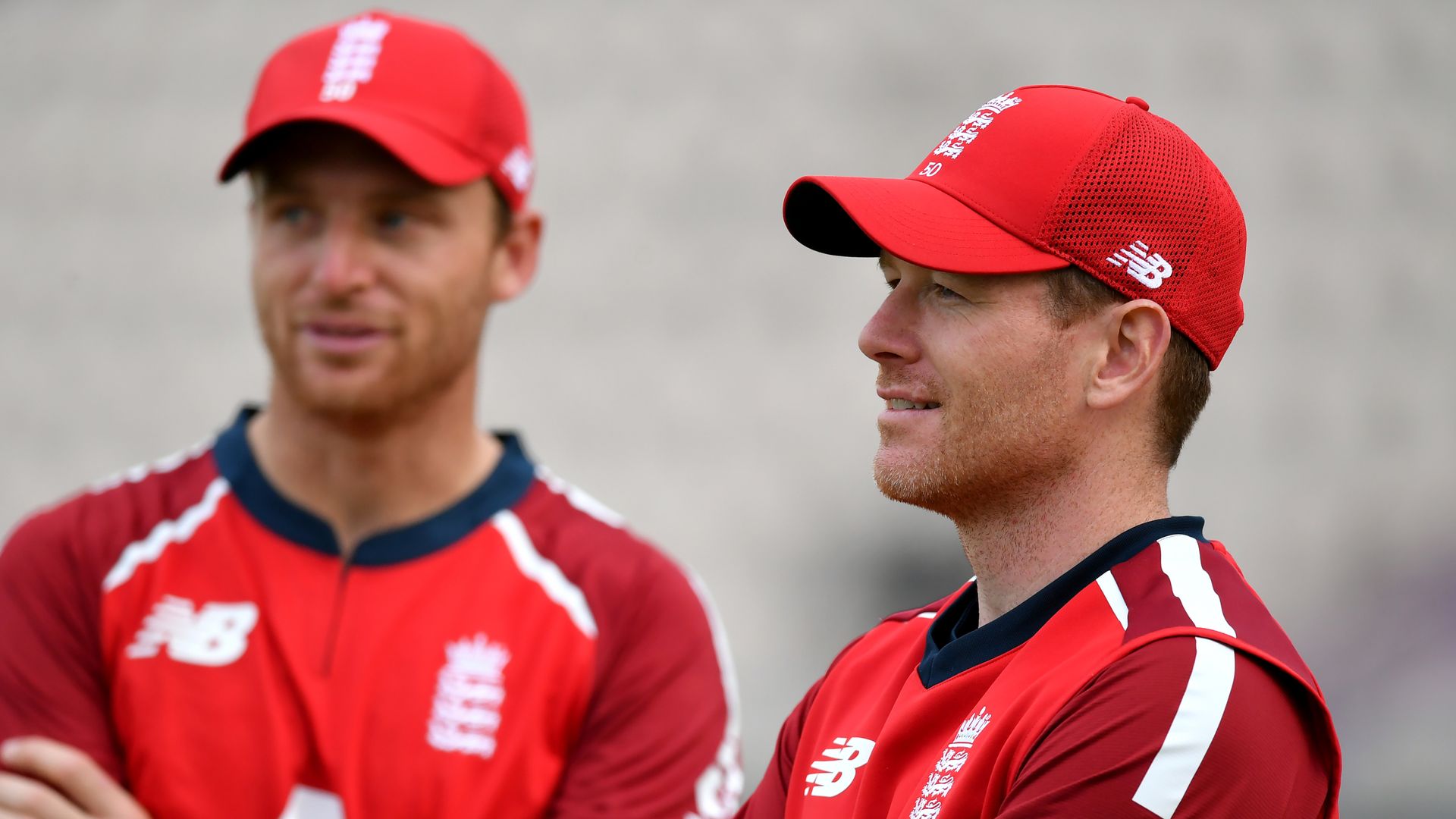 Virat Kohli: “I think it’s England who will be the team to beat… they are the number one side in the world and the prime focus will be on them in this World Cup”; watch the first T20I between India and England, live on Sky Sports Cricket, Friday, 12.30pm

​​​​​​​India captain Virat Kohli believes England are the “team to beat” at this year’s T20 World Cup, rejecting suggestions from Eoin Morgan the tournament hosts are favourites to prevail.

The two teams will clash on Friday – live on Sky Sports Cricket from 12.30pm – in the first of a five-match T20 series in Ahmedabad, which assumes more importance with the World Cup on the horizon in India in October.

Morgan, speaking to Sky Sports’ Michael Atherton this week, said India are “without doubt” England’s main challengers and, given their strong record on home soil, should be considered favourites for the competition.

🔵 Fighting out of the blue corner… @imVkohli‘s India 🇮🇳

Let’s get ready to rumble, @SkySportsBoxing 🥊😉

Kohli, however, sees it differently and told reporters on Thursday Morgan’s team – ranked No 1 in the world in T20 cricket and the reigning 50-over World Cup champions – deserve that tag.

“I think it’s England who will be the team to beat,” Kohli told a news conference. “They are the number one side in the world and the prime focus will be on them in this World Cup.

“All the other teams will be wary of the strengths that they bring onto the park and every other team would agree with what I say.

“It’s England who are the favourites and that will not change regardless of how they think.”

Kohli’s India got the better of the tourists in the preceding Test series, winning 3-1 thanks largely to the work of spinners Ravichandran Ashwin and Axar Patel.

Axar is included in the T20 squad, but Ashwin – the Test series leading wicket-taker, with 32 at an average of 14.71 – is absent, with it now more than three and a half years since the 34-year-old off-spinner last featured in the white-ball formats for India.

Kohli played down the chances of him making a comeback, saying: “Washington (Sundar) has been doing really well for us. So you cannot have two players of the same discipline playing for the same spot.

“Unless Washy has a drastically horrible season and things go south for him… where would you add Ash in the team when someone like Washington already does that job for the team?”

Kohli also confirmed Shikhar Dhawan would remain the team’s third opener for the series, with KL Rahul instead partnering Rohit Sharma at the top of the order.

“KL and Rohit have been consistently performing at the top of the order for us and those two would start,” he said.

“In a situation where Rohit takes a rest, or KL has a niggle or something likes that, Shikhar obviously comes in as the third opener.”

Seamer Bhuvneshwar Kumar is also back in the fold and available for selection after a thigh injury that ruled him out of last year’s Indian Premier League and the winter tour of Australia.

“In the World Cup we’ll obviously need our most experienced T20 bowlers,” Kohli said. “And he [Bhuvneshwar] is right up there with anyone else with the new ball, in the middle overs and at the death as well.

“He’s a guy you can bank on so we’re very, very glad to have him back and hopefully he can build strongly from here and be as ready as he is now for the World Cup.”