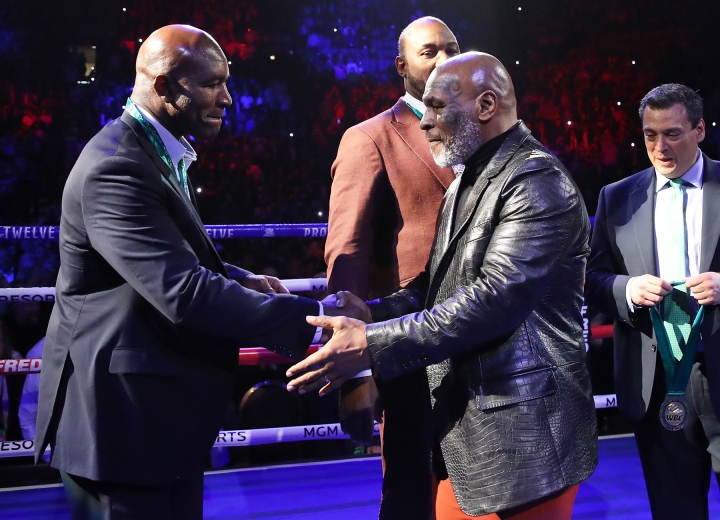 Evander Holyfield has applied pressure on Mike Tyson – claiming that his career rival is dragging his feet with finalizing their trilogy bout.

In 1996, Holyfield shocked the world when he stopped Tyson in the eleventh round of their heavyweight title clash.

Their 1997 rematch is the more memorable of the two, because Tyson was disqualified in the third round for biting off a piece of Holyfield’s ear.

Now 24 years later, the two former undisputed heavyweight champions are in line to fight each other for a third time – in an exhibition bout.

Last November, the 54-year-old Tyson – who retired from the sport in 2005 – returned to the ring to battle Roy Jones, 52, to an eight round exhibition fight.

Their pay-per-view generated a lot of money – with more than 1.6 million purchases, which made it one of the most successful PPV events in years.

Afterwards, the camps for Tyson and Holyfield began discussions to collide in 2021.

Holyfield is already in training and claims his rival is stalling.

“Getting back in my rhythm just waiting on my dance partner now, Mike Tyson, to show up. Where you at?,” Holyfield stated.

The two sides were unable to reach an agreement on the financial terms, resulting in Tyson’s decision to fight Jones.

“My side tried to make the fight happen and we got nothing but excuses. Now I can see why he wanted a tune-up fight before thinking about fighting me,” Holyfield said.

“Roy Jones was a good local opponent for Mike, but a fight with me would be a global event and the only fight that anyone wants to see is a fight between us.”