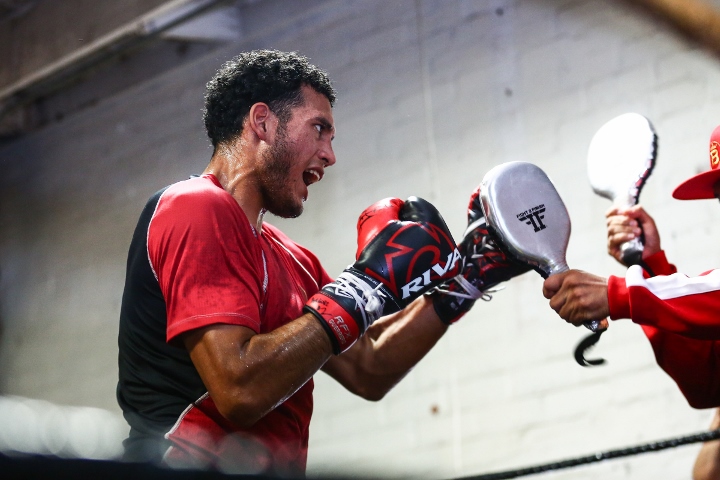 Ronald Eliis is well aware of his status as a massive underdog this weekend.

That doesn’t dismiss the fact that fights are settled in the ring and not on paper.

It hasn’t been lost on Ellis that his higher-profile opponent, David Benavidez (23-0, 20KOs) has discussed the division’s elite throughout the buildup to their clash this weekend. The former two-time super middleweight titlist from Phoenix continues to discuss the likes of unified WBC/WBA super middleweight titlist Saul ‘Canelo’ Alvarez (55-1-2, 37KOs), IBF title claimant Caleb Plant (21-0, 12KOs) and even WBC middleweight titleholder Jermall Charlo (31-0, 22KOs) who has discussed a move up in weight but has yet to act on such plans.

“He ain’t say my name once,” Ellis insisted during Thursday’s final pre-fight press conference held via Zoom to discuss this weekend’s Showtime headliner from Mohegan Sun Arena in Uncasville, Connecticut. “He’s talking about other fighters. I just want to cut that sh-t short.”

In the meantime, Benavidez—who lost his title at the scale ahead of his last fight in this very venue last August—is tasked first with making weight on Friday before entering a scheduled 12-round title eliminator. The winner will be named the mandatory contender to the WBC belt held by Alvarez, who next faces WBO titlist Billy Joe Saunders (30-0, 14KOs) on May 8 at a location to be determined.

Bridging that gap will be an interesting process, though the focus for now should be on this weekend’s battle. His opponent doesn’t quite sense that to be the case.

I feel like I’m being overlooked and all that stuff,” insists Ellis, who claimed a 4th round injury stoppage over former title challenger Matvey Korobov in his most recent bout last December. “I can’t control what’s going on in his head. I’m just here to cut all that sh-t short.”