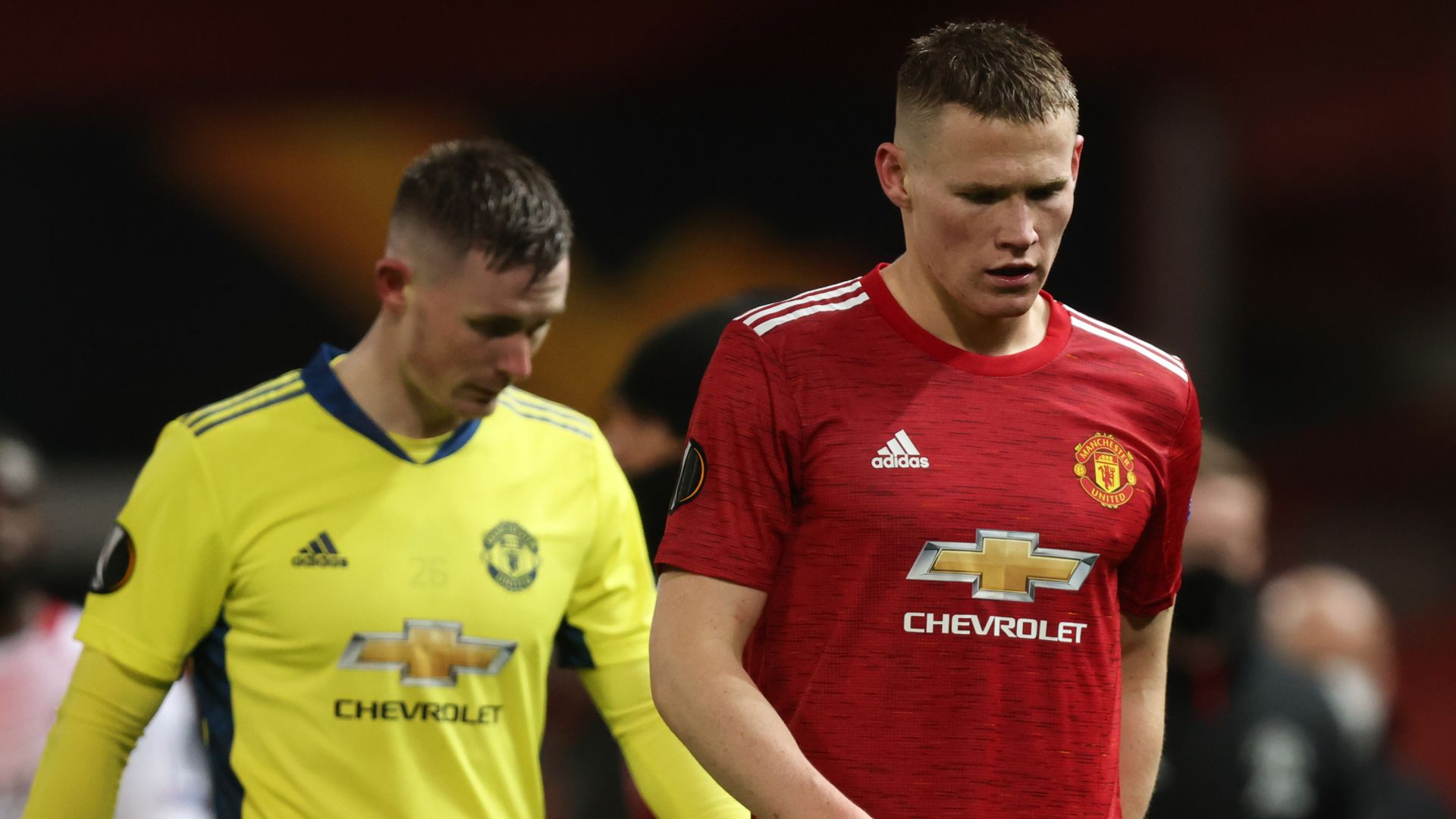 At times, the performance was about as sluggish as it has got in recent months from Ole Gunnar Solskjaer’s men.

Did they underestimate Milan? Before the game, the talk was of several Milan absentees and doubts about the strength of Serie A. Those doubts look silly now; Milan’s stand-ins were excellent and energetic, restricting United’s threat brilliantly and creating several big chances of their own.

But for Diallo’s magic, which came during United’s only real positive 15-minute spell at the start of the second half, and another questionable VAR call for handball on Franck Kessie’s early strike, United would be going to Milan needing a few goals. As it happens, they need at least one.

No matter how much Solskjaer continues to progress United domestically, he knows he needs a cup success to show tangible evolution.

Solskjaer’s side must show far more in the second leg if they are to progress and fight for that elusive silverware.
Gerard Brand

Arsenal must stamp out the errors

Mikel Arteta said his Arsenal project is going to go “bang” earlier this week and there have certainly been some encouraging signs in recent months. But until they find a way to stop shooting themselves in the foot, the progress will only go so far.

Against Olympiakos, despite being totally dominant from the outset, they contrived to press the self-destruct button not once, but twice.

Olympiakos failed to punish them the first time, Georgios Masouras blasting wastefully over after David Luiz had lost possession in his own box shortly after the opening goal, but Dani Ceballos wasn’t so lucky for Youssef El-Arabi’s equaliser.

He was landed in trouble by Bernd Leno’s poor choice of pass – the goalkeeper was partly at fault for Granit Xhaka’s error against Burnley on Saturday too – but it was another example of carelessness from a player whose mistakes almost cost Arsenal a place in the last-16 against Benfica.

Arsenal fought back again on Thursday night, late goals from Mohamed Elneny and Gabriel Magalhaes securing a 3-1 win, but they have made an unwelcome habit of surrendering positions of strength with unforced errors and the trend goes back further than the recent meetings with Burnley and Benfica.

In February, there was the David Luiz red card that allowed Wolves to claw their way back at Molineux. In December, Xhaka got himself sent off in a 1-0 loss to Burnley at the Emirates Stadium, while Gabriel earned two yellow cards in four minutes during a 1-1 draw with Southampton. Back in November, there was a similarly needless red card for Nicolas Pepe during a goalless draw with Leeds.

There were plenty more examples of needless errors which proved costly last season – who could forget how their previous meeting with Olympiakos ended? – but Arsenal must now ensure there are not too many more.

Indeed, while Arsenal’s performances have improved considerably since Christmas, their appetite for self-destruction means they do not have the results to show for it. Arteta’s Arsenal project may yet go “bang” – but right now it still looks more likely to explode in their own faces.
Nick Wright

Rangers left the Czech capital with a creditable 1-1 draw on Thursday, including a vital away goal that may prove decisive come the final reckoning this time next week, although that should come as no surprise to anyone who has been following Steven Gerrard’s exciting side this season.

Not only have the newly-crowned Scottish Premiership champions scored in their last 23 away games in all competitions – last failing to find the back of the net in a goalless draw at Livingston back in August.

But Rangers have also registered more away goals than any other team in the Europa League so far this season (12), making them serious challengers for Europe’s second-tier competition.
Richard Morgan

Job half done for Spurs and Kane

A year and a day since their Champions League journey was ended by RB Leipzig, Tottenham look a formidable outfit again. This has been a spring of resurgence for Jose Mourinho’s men, who collected a fifth straight victory in all competitions against Dinamo Zagreb.

Tottenham take a two-goal lead with them to the Croatian capital for the last-16 second leg next week, and while Gareth Bale missed a late chance to put extra gloss on this latest success, there is a real swagger about the men in white at present.

Jose Mourinho has spoken of how much he would dearly lovely to mark Daniel Levy’s 20 years at the club with silverware and in the week of that anniversary, Spurs look in rude health to provide more glory.

With Kane in such ominous form, anything is possible for Tottenham and England – provided he is kept fit.

Spurs fans will have been filled with dread at the sight of ice being applied to Kane’s troublesome right knee following his late withdrawal, but he was out of his seat and walking sprightly upon the final whistle. It was merely a precautionary measure.

Zagreb aren’t quite out of this yet, but they have left themselves with an awful lot of work to do on their own patch. Should Tottenham reach the final in Gdansk, they will need to play another 18 games this season, while six of their next seven scheduled matches are away from home, including the League Cup final with Manchester City next month.

Every game matters, as Hugo Lloris said after this win, but having scored 37 goals in 12 Europa League fixtures so far this term, finishing in the Premier League’s top four certainly isn’t Tottenham’s only chance of capping Levy’s two decades at the helm with a sixth Champions League campaign.
Ben Grounds