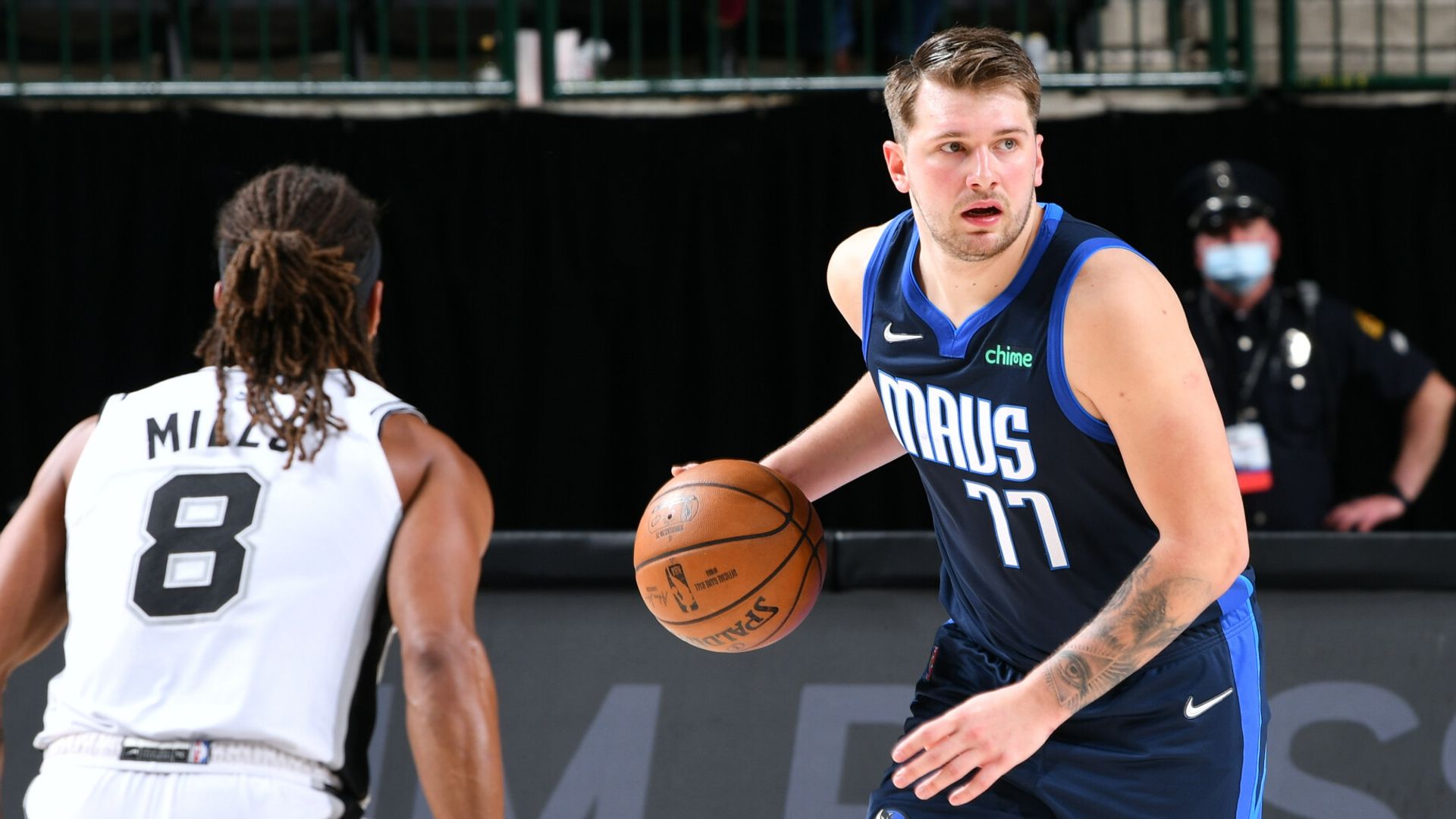 Luka Doncic scored 22 points, grabbed 12 rebounds and distributed 12 assists as the Dallas Mavericks earned a 115-104 win over the visiting San Antonio Spurs in the first game after the All-Star break for both teams.

The triple-double was Doncic’s eighth of the season and the 33rd of his career. Kristaps Porzingis added 28 points and 14 rebounds for the Mavericks, who have won four games in a row and 11 of their past 14.

The Spurs missed 11 consecutive shots in the final eight minutes before getting a garbage-time bucket.

The game was tied at 95 after two free throws by San Antonio’s Derrick White with 7:56 to play. The Mavericks ran off the next seven points, with Porzingis scoring on the dunk and then a 3-pointer to cap the run, and the Spurs never threatened again.

The Spurs announced before the game that LaMarcus Aldridge was not with the team after both parties decided to part ways.

Aldridge, a seven-time All-Star in his 15th year in the league, had missed eight of San Antonio’s previous 11 games with a hip injury and then a stomach ailment. He is on the final year of a contract that pays him $24m annually.

Jonas Valanciunas recorded 29 points and 20 rebounds to lift the host Memphis Grizzlies to a 127-112 victory over the Washington Wizards.

Valanciunas highlighted his 21st double-double of the season by making 12 of 21 shots from the floor. The point total represented his season high, while the rebound total matched his season best.

Ja Morant collected 21 points and 10 assists, and rookie Desmond Bane added a season-high 20 points for the Grizzlies, who had six players score in double figures. Memphis earned its third win in four games.

Kyle Anderson finished with 13 points, De’Anthony Melton had 11 and Dillon Brooks added 10 as the Grizzlies completed a season sweep of the Wizards.

Memphis posted a 125-111 win over Washington on March 2. Bradley Beal recorded with 21 points despite making just 6 of 22 shots from the floor for the Wizards, who fell for the third time in four games.

Russell Westbrook had 20 points and 10 assists to notch his 13th consecutive double-double.

Beal’s 3-pointer gave Washington a 79-78 lead with 5:18 remaining in the third before Memphis finished the quarter on a 16-6 run. Valanciunas ignited the surge with a three-point play and Melton sank a 3-pointer to boot.

Raul Neto’s step-back jumper trimmed the Grizzlies’ lead to 103-97 with eight minutes to play. However, Valanciunas and Bane converted on consecutive possessions to restore Memphis’ double-digit advantage. The Grizzlies were not seriously threatened the rest of the way.