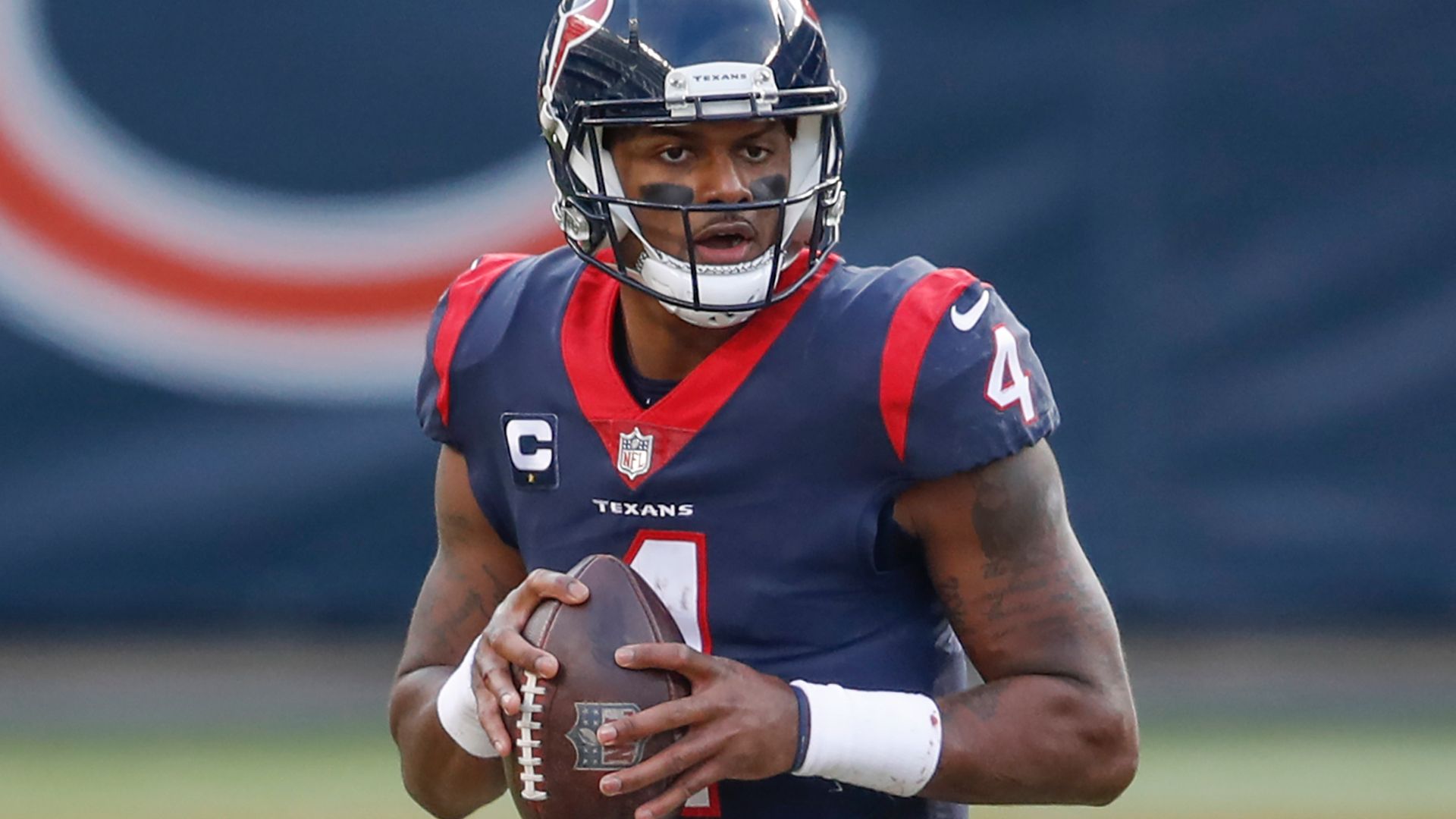 Deshaun Watson has formally requested a trade but head coach David Culley, who has been in the job for just over a month, remains unwavering in his stated intention to keep the Texans quarterback in Houston; Watson has thrown for a career 14,539 passing yards and 104 touchdowns

Watson has formally requested a trade but Culley – the first-year coach of the Texans, who has been in the job for just over a month – remains unwavering in his stated intention to keep Watson in Houston.

“It’s not a matter of changing anyone’s mind,” Culley said, who recently spoke to Watson via Zoom. “We are committed to him, and we are going to move forward.”

Asked how the Texans knew Watson was committed to the team, Culley added: “He’s a Houston Texan.”

The Texans have not disclosed details of the conversation with Watson – and Culley said again on Thursday that he was not willing to share anything between the pair.

The Texans finished 2020 third in the AFC South at 4-12 having won their division title in each of the previous two seasons, getting as far as the Divisional Round in 2019 where they relinquished a 24-point lead against the Kansas City Chiefs.

Culley’s message over Watson is unchanged from the previous formal media access to the coach and new Texans general manager Nick Caserio.

The mission ahead appears rife with challenges, including limited salary cap space and draft capital.

The Texans traded their first-round pick – which turned out to be No 3 overall – to the Miami Dolphins in the Laremy Tunsil deal, one of the many trades made by O’Brien that included high picks.

“Before we take a few questions: Organizationally, we want to reiterate our commitment to Deshaun Watson. We have zero interest in trading the player,” Caserio said in February.