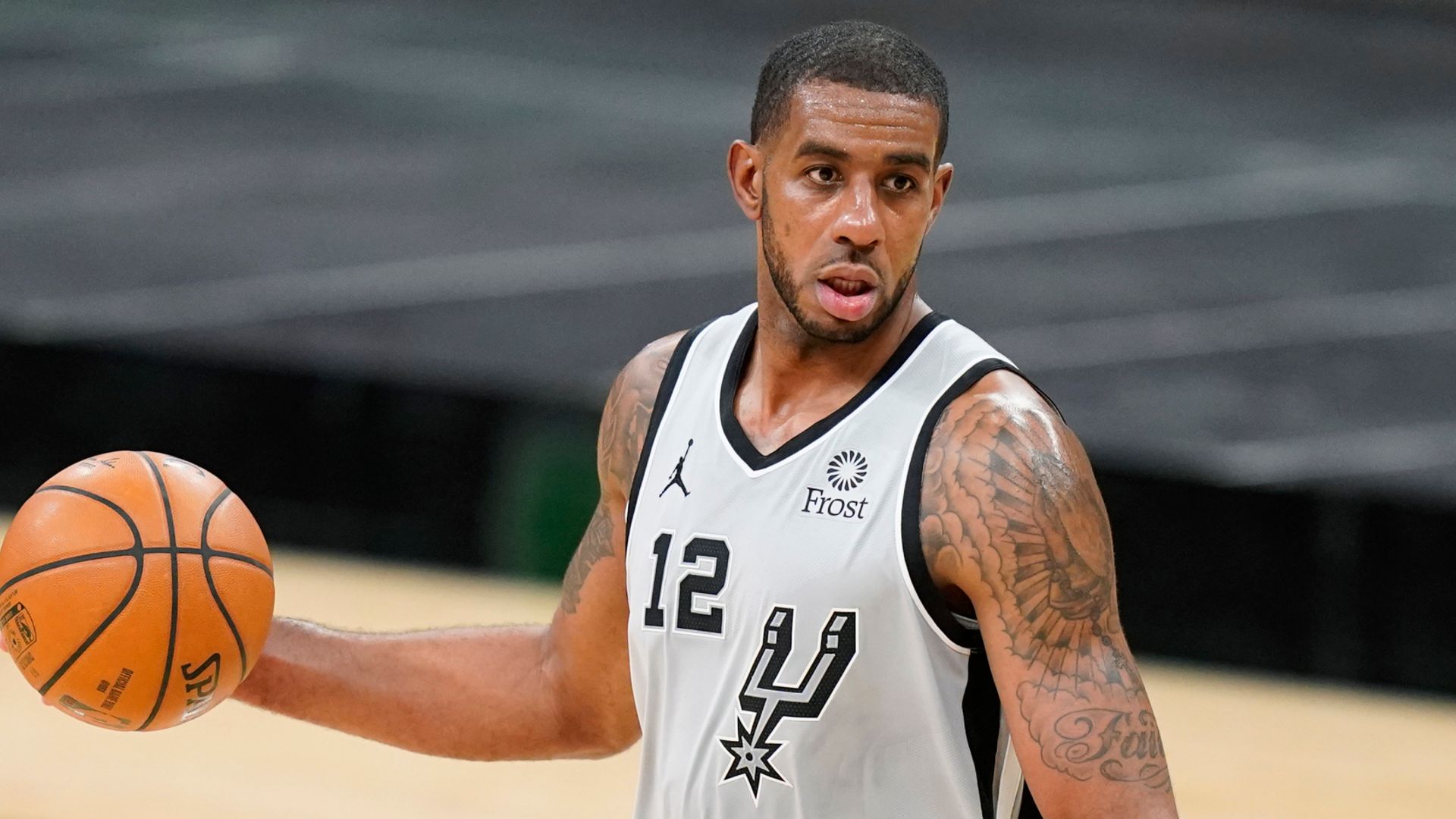 LaMarcus Aldridge and the San Antonio Spurs have agreed to part ways, with the announcement coming from Spurs’ coach Gregg Popovich prior to Wednesday’s game against the Mavericks in Dallas.

Aldridge, a seven-time All-Star in his sixth season with San Antonio, has missed eight of the Spurs’ past 11 games with a hip injury and then a stomach ailment. The 35-year old is in his 15th NBA season, with the first nine in Portland.

Aldridge is still on the Spurs roster. The team said it will use the next two weeks leading up to the March 25 trade deadline to allow Aldridge to “work on some opportunities elsewhere,” according to Popovich. He is in the final year of a contract with a $24m annual salary.

“We just think this is a win-win for both LaMarcus and the club,” Popovich said. “When an opportunity arises, that’ll be up to management, his agent and that sort of thing, and we’ll all move forward.

“He’s done everything we’ve asked,” Popovich added. “At this point, we’d just like to do something that will work for him as much for our club, because he deserves that.”

Aldridge, who went to the University of Texas, is averaging 13.7 points and 4.5 rebounds per game this season in 25.9 minutes per contest. Both his scoring average and minutes per game are his lowest since 2006-07, his rookie year with the Trail Blazers.

Aldridge has played in 21 games this year and came off the bench in the three contests he played during the recent 11-game stretch, playing as a reserve for the first time since he was a rookie.

The Spurs forged a surprising 18-13 record prior to the All-Star break despite player absences from COVID-19 and key injuries. San Antonio is reportedly trying to work on a trade for Aldridge that would avoid a contract buyout.

Luka Doncic scored 22 points, grabbed 12 rebounds and distributed 12 assists as the Dallas Mavericks earned a 115-104 win over the visiting San Antonio Spurs in the first game after the All-Star break for both teams.

The triple-double was Doncic’s eighth of the season and the 33rd of his career. Kristaps Porzingis added 28 points and 14 rebounds for the Mavericks, who have won four games in a row and 11 of their past 14.

The Spurs missed 11 consecutive shots in the final eight minutes before getting a garbage-time bucket.

The game was tied at 95 after two free throws by San Antonio’s Derrick White with 7:56 to play. The Mavericks ran off the next seven points, with Porzingis scoring on the dunk and then a 3-pointer to cap the run, and the Spurs never threatened again.