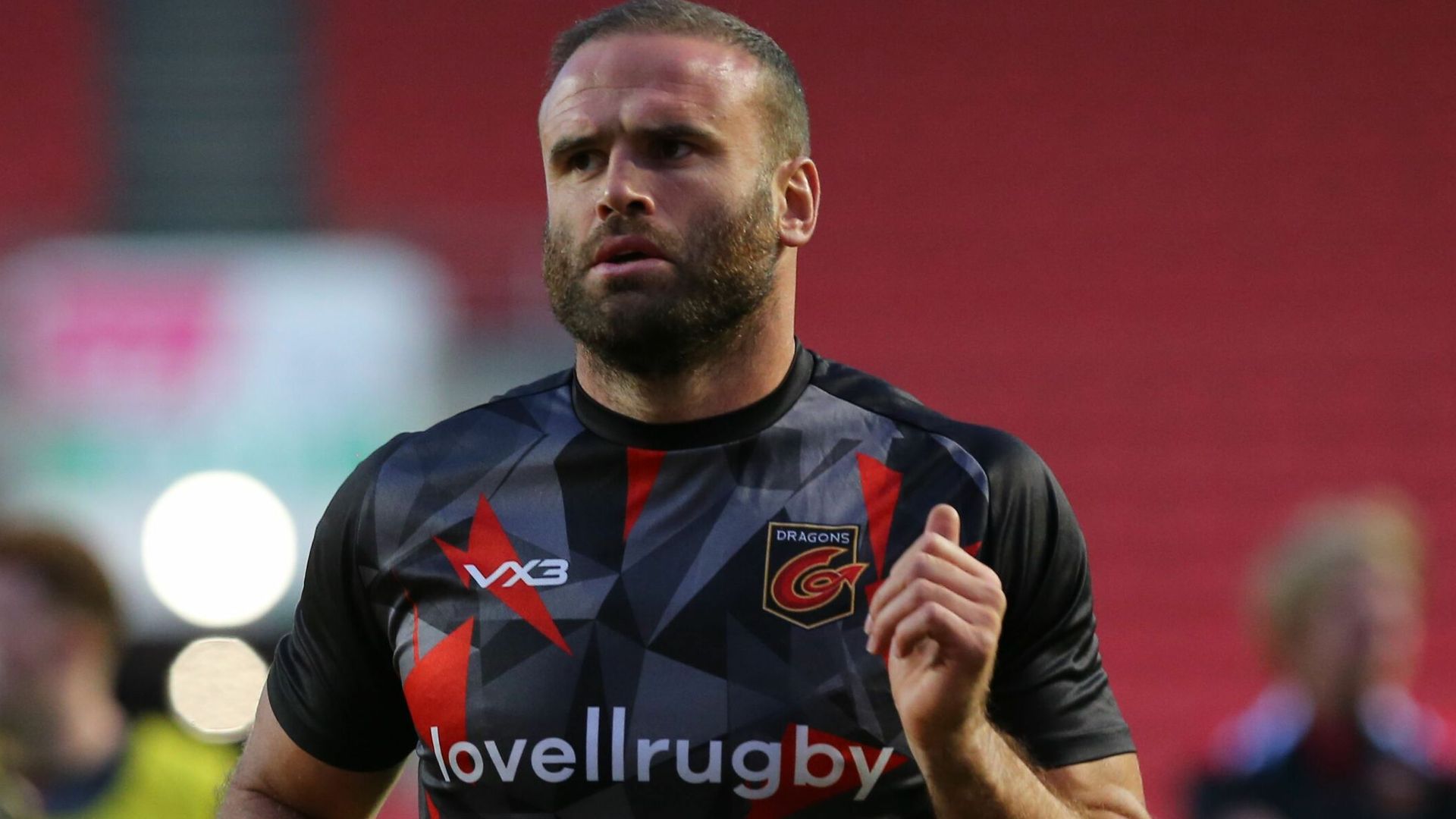 British and Irish Lions centre Jamie Roberts joined Dragons in August last year after returning to Wales from Cape Town where he played for the Stormers; the 34-year-old has scored four tries in 13 appearances for the Newport-based region

The 34-year-old has impressed since joining the Guinness PRO14 side, scoring four tries in 13 appearances for the Newport-based region.

Roberts told the Dragons website: “The season has felt quite disjointed and, despite overall match results, I strongly believe we’re on an upward trajectory.

“The growth within the playing group has been evident and I’ve enjoyed sharing ideas and working under the current coaching group and Dean’s (director of rugby Dean Ryan) leadership.

“As we continue to grow our identity and strive to improve and become even more competitive, I’m delighted to be able to play my part for another season.”

Newport-born Roberts made his Test debut against Scotland in the 2008 Six Nations Championship and has won 94 Wales caps.

The Cardiff product has also played in England, France and South Africa and was a key figure on the Lions tours of 2009 and 2013.

Ryan said: “We’re delighted that Jamie is going to be around for another year and that he can continue to make a big impact in our environment.

“His form this season has been outstanding and he has been a catalyst for others to raise their game around him.

“His experience has also been invaluable in stabilising younger players in our squad and they can now continue to benefit from working closely with him.”