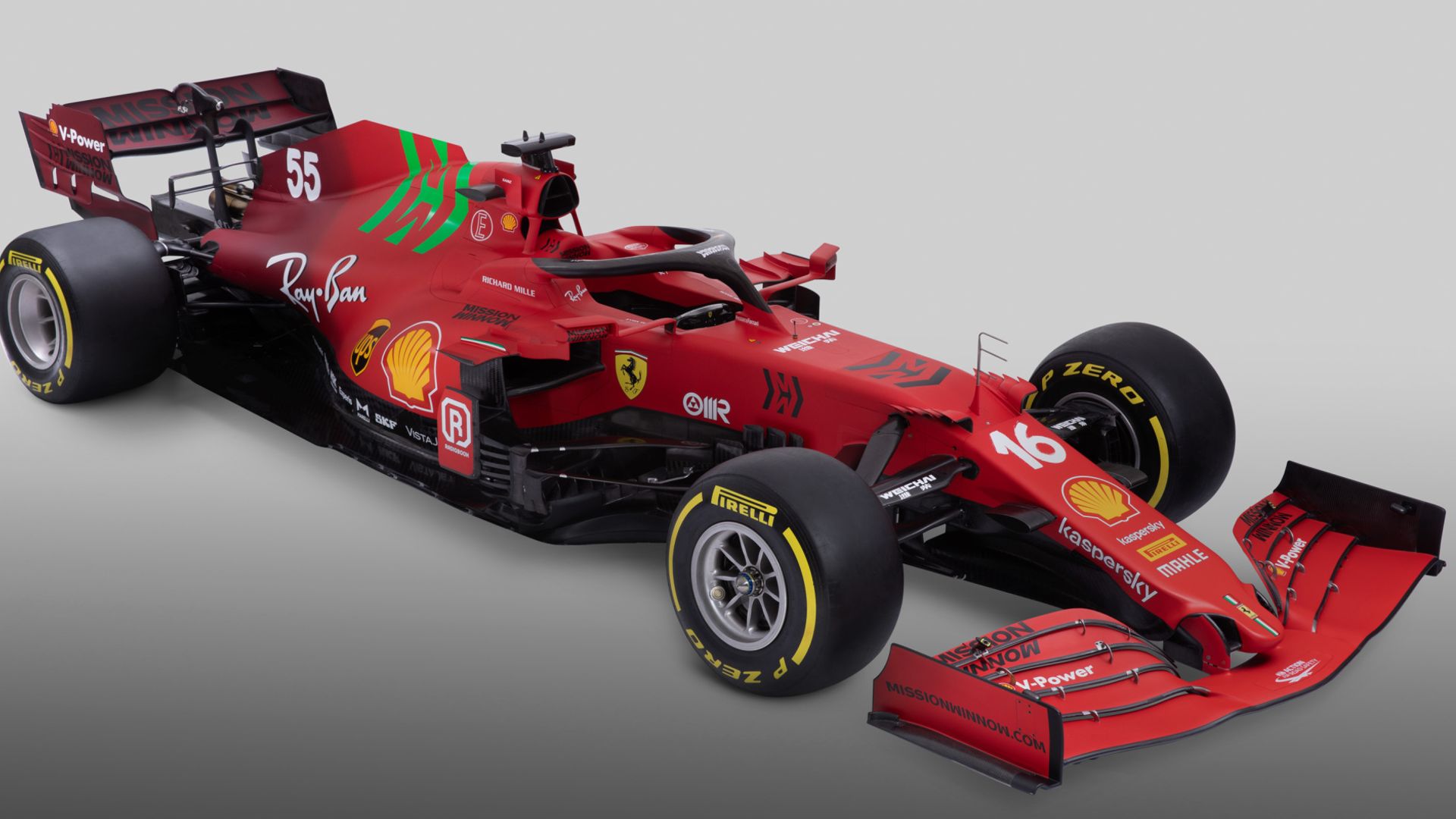 Ferrari will attempt to make an immediate recovery from their worst season in 40 years with the new SF21 car, which was finally unveiled on the eve of pre-season testing.

The final team to hold a car launch event for 2021, the Scuderia’s new car features an all-new power unit and revisions to the rear of the car as Ferrari bid to make a big improvement on last year’s sixth place in the Constructors’ Championship.

Although bedecked in the Prancing Horse’s famous red, the team’s livery has been reworked for 2021 with a historic burgundy shade at the rear and green letting for sponsorship reasons.

Although development improvements teams can make to their 2020 cars have been limited like never before on cost grounds amid the pandemic, Ferrari have made clear they have worked hard to maximise the areas they can improve.

Key to this will be rediscovering lost performance from their engine, where development has remained unrestricted over the winter.

Ferrari fell to the foot of the F1’s power stakes last year in the wake of a private settlement with the FIA and a number of engine-related technical directives last winter.

“This car was born out of last year’s car due to the new regulations so it was partially frozen, but we tried to improve it in all of its areas, wherever it was possible,” said team boss Mattia Binotto.

“The aerodynamics was revised, and it has a completely new power unit. Its livery has also changed, the posterior is a burgundy colour similar to the very first Ferrari racing car, the 125S.

“It’s the same colour we used last year at Mugello to celebrate our 1000th Grand Prix. This year is going to be full of challenges.

“Visually, we’ve drawn on our history but we’re also looking towards the future, which will always be defined by our Ferrari red.”