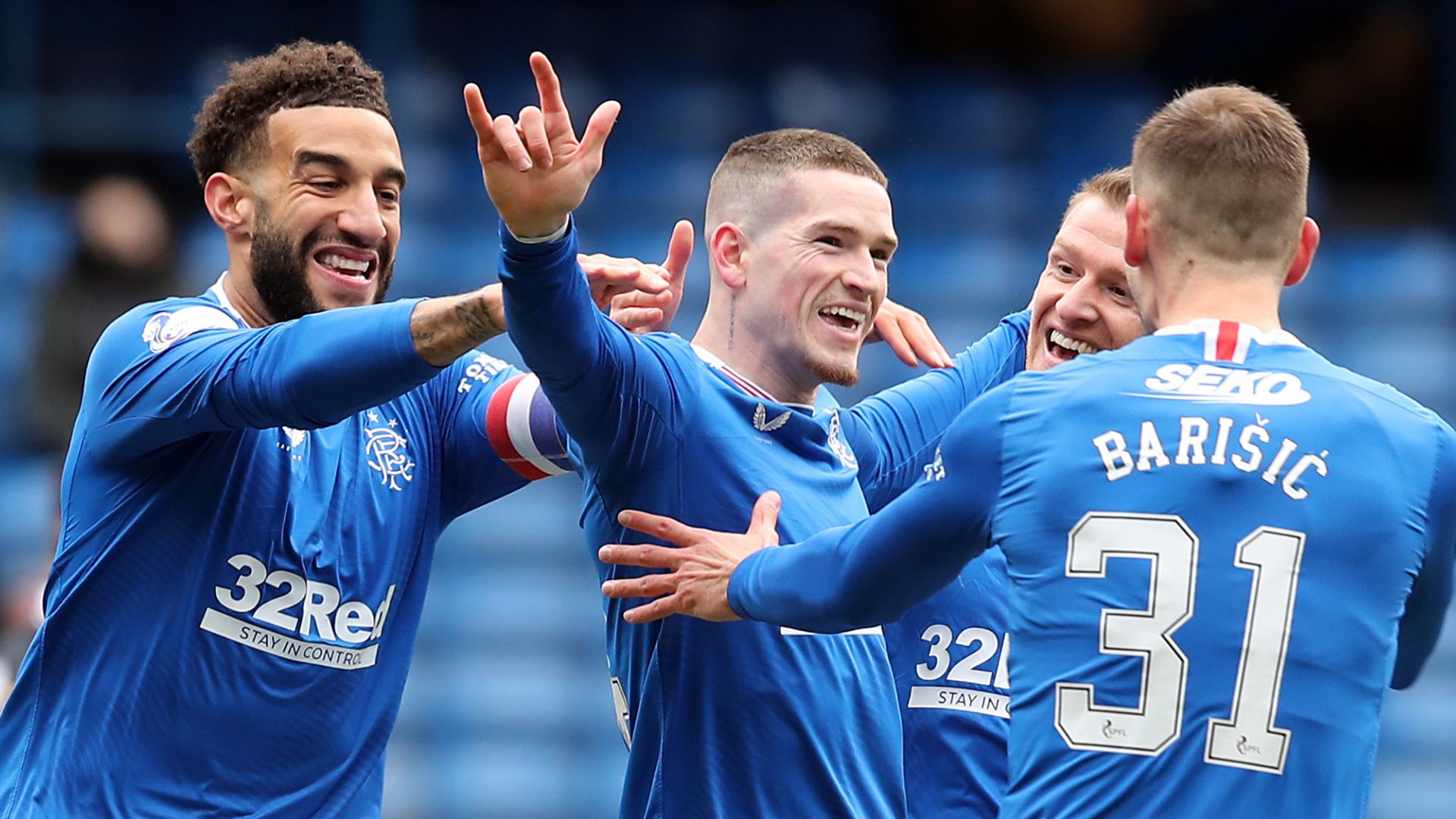 Paul Merson says Steven Gerrard is a man in demand after Rangers were crowned Scottish champions, nine years after the club emerged from a liquidation crisis.

Gerrard celebrated winning his first managerial trophy on Sunday after Celtic’s goalless draw at Dundee United meant the Hoops were left 20 points adrift of their bitter rivals with six games in the season still to go.

Rangers found themselves in the lowest tier of Scottish football after Celtic won the first of their nine titles in a row.

Gerrard has his sights set on more silverware with Rangers and Merson believes that while the former Liverpool midfielder will undoubtedly have designs on managing at Anfield, he should remain at Ibrox for now.

Gerrard’s next step? ‘He will be in demand’

After a brilliant season at Rangers, I just can’t see how clubs won’t be coming after Steven Gerrard.

I look at teams like Crystal Palace, who are staying up, and Newcastle, if they stay up, and others, will they be knocking the door down for Gerrard?

It’s a different job at clubs like that. Rangers usually win around 75 per cent of their games and I know it is more than that this season, but at clubs in the lower half of the Premier League, you may only be winning 50 per cent of games.

You literally just sat there after three games and thought we won’t lose. I used to just pick the team, sit there and enjoy it. That was just the way it was and it’s been like that for Gerrard at Rangers this season.

But, if he goes somewhere else – and he will have to if he wants to test himself in the best league in the world in the Premier League, even though Rangers are a great club – it’s how he then copes with that.

He will be managing a team potentially that’s got to find a way to get to 40 points and he’s a winner. That’s where it is going to be hard for him because at the smaller clubs there are games where they don’t expect to win, and they don’t win.

If you are a winner like Gerrard is and you go to an environment where it’s just get to 40 points, and that’s a success, that’s going to be hard. Will that rock Gerrard’s boat? He won’t want to be taking a team to Manchester City and sitting with 10 men behind the ball. That will hurt him.

His next step will probably be that, and that will be a big challenge for him, unless, say in a year or two, he gets the Liverpool job.

If it was me, I’d stay at Rangers.

If I want the Liverpool job, I stay at Ibrox. He’s taken this club forward; they play good football and they are all singing off the same hymn sheet. They are a good team.

In football, things can change very quickly. If you take a job at a bottom half Premier League side and all of a sudden you start losing games, and then the Liverpool job comes up, you only get that job if you are rolling. You don’t get it on what you did the year before. It doesn’t work like that.

It’s all about timing and if Gerrard wants the Liverpool job, I think he should stay at Rangers. He’s at a massive football club. He’s a winner and they are winners. Also, throw in the fact he’ll get some Champions League experience next season too.

If you want the Liverpool job you stay there but, if you want to push yourself to the next level as soon as possible then you take a Premier League job, but it will be a bottom half side to start with.

Whatever happens, he is a top manager.

Don’t let anyone tell you it is easy in Scotland. To dismantle a Celtic team that has dominated for that long, that takes some doing.

Whatever Gerrard goes onto achieve in his managerial career, I don’t think he will do anything better [than guiding Rangers to the title].

The team they beat were dominant. Celtic were absolutely dominant and as long as they didn’t forget their boots, that was it.

We saw last year that Rangers went and beat Celtic away from home. They were outstanding and you started to think that it would be the year, but then, all of a sudden, they lost a couple of games and you worry about their inconsistency.

However, Gerrard has turned this team into winners.

People will underestimate it because it’s Scotland, but the hardest thing they don’t understand when you play for Celtic and Ranger is the fact you face a cup final every weekend. When you play St Mirren away, that’s a cup final for them. St Mirren aren’t fussed if they beat Hamilton the week after. They want to beat Rangers or Celtic.

The big two have to turn up every week to win football matches and to get up every week for a cup final is hard, but if you don’t turn up you will get beat.

‘They’ve blown everyone away’

I can’t talk highly enough of Rangers and Steven Gerrard.

He’s kept everybody happy and everyone respects him. He’s been absolutely outstanding.

To stop the rot of nine consecutive years of Celtic winning the league and being dominant, but also to do it in a fashion where they’ve blown everyone away, is incredible.

Fair play to him and everyone involved with the club.

‘Tough test to come in Europe’

This is a hard game against Slavia Prague.

I watched them against Leicester, they are not a bad team at all. It will be a really interesting game.

It should give you a proper idea as to how good Rangers are because to knock Leicester out, who are third in the Premier League, over two legs is no mean feat.

But if they get through, there will be plenty of teams not wanting to draw Rangers in the next round, that’s for sure.

What next for Gerrard and Rangers?

Rangers brought an end to a decade of despair at the weekend as Steven Gerrard’s side secured their 55th top-flight Scottish title – but where do Rangers and their boss go next?

Since their demotion to the third division in 2012, it has been a long and, at most times, arduous return to the top of Scottish football for Rangers and their supporters.

However, in the midst of an undefeated league campaign so far following two false starts since his appointment in 2018, Gerrard has delivered what Rangers fans have been waiting for, stopping Celtic winning 10-in-a-row in the process.

But what comes next? Delicate contract talks, potential big-name sales and getting it right in domestic cups will all be part of Gerrard’s and Rangers’ thinking now.

Here, Sky Sports News looks at what new challenges may immediately present themselves, what needs to be done over the summer and what fans can expect from the title-winning manager and his Rangers team as they now aim to stay at the top of Scottish football.