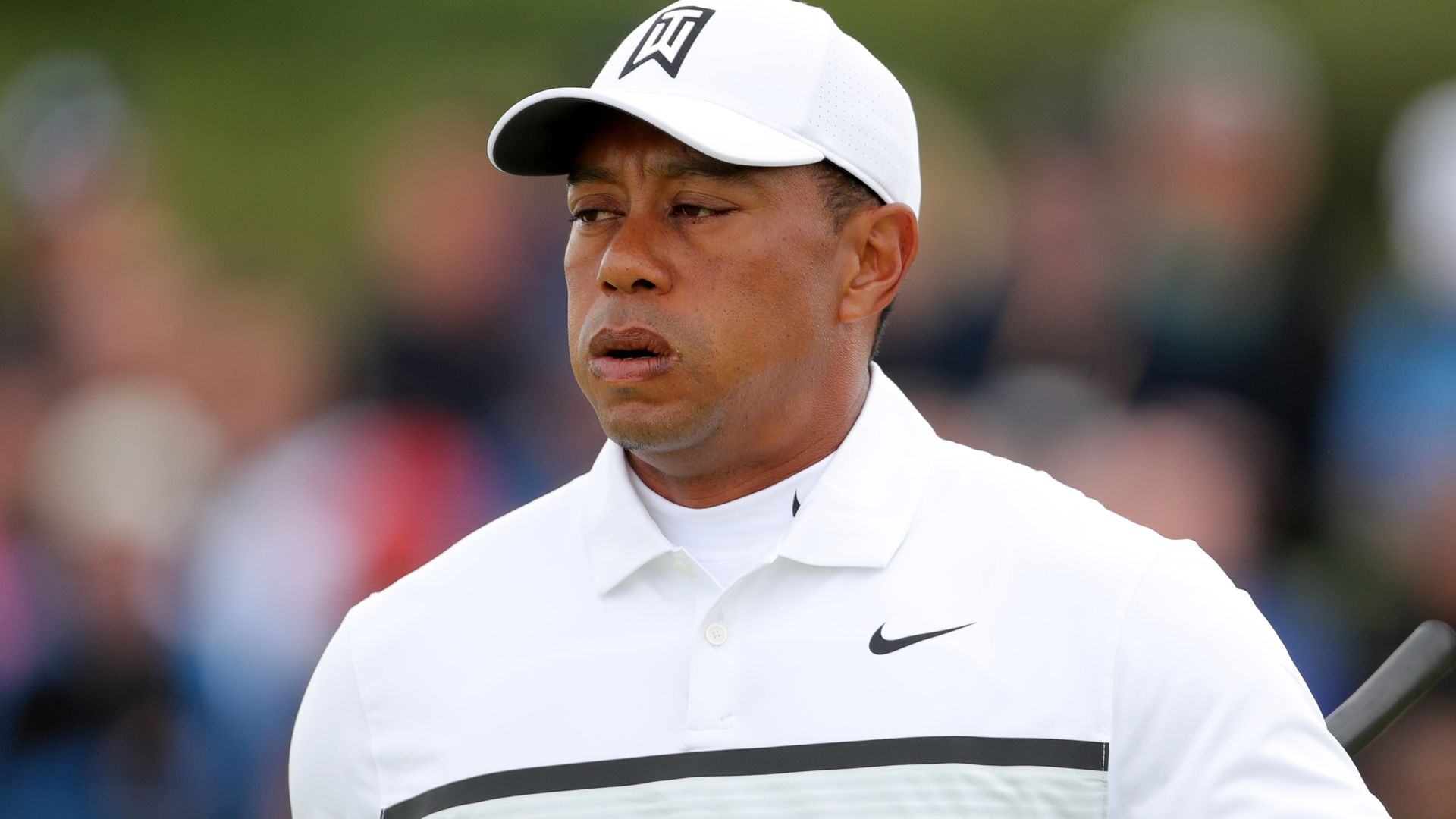 “If things go well over the next week or so, he might be able to get home and start his recovery at home, which will be great for him to see his kids, see his family. All of us are wishing him a speedy recovery at this point”

Tiger Woods is likely to return to his Florida home next week, and is still managing to give Rory McIlroy “heat” from his hospital bed.

The 45-year-old lost control of his SUV, which rolled a number of times across the oncoming carriageway before coming to rest on a grassy embankment, with Woods unconscious after the accident, according to the first witness to arrive on the scene.

Woods was rushed to hospital for surgery on “multiple and significant fractures” his lower right leg, ankle and foot, and he underwent a follow-up procedure a few days later.

McIlroy revealed that Woods is “doing better” and thinks he will be able to return home next week to continue his lengthy rehabilitation with the help of his family.

“Hopefully we see him back out here on Tour soon,” McIlroy said on The Tonight Show with Jimmy Fallon. “I’ve spoken to him a little bit. He’s doing better, and I think all the guys have reached out to him.

“Hopefully, if things go well over the next week or so, he might be able to get home and start his recovery at home, which will be great for him to see his kids, see his family. I just think all of us are wishing him a speedy recovery at this point.”

Bryson DeChambeau admitted after his Arnold Palmer Invitational victory on Sunday that he had been inspired by a motivational text from Woods ahead of the final round, although McIlroy received a similar message which had different results!

“He texted me some words of encouragement before the final round at Bay Hill on Sunday, and things didn’t quite go to plan,” said McIlroy, whose challenge effectively ended when he put two balls in the water at the sixth.

“But Tiger was the first one to text me afterwards and be like ‘What’s going on here?’ So even from the hospital bed he’s still giving me some heat!”

McIlroy is currently preparing to defend his Players Championship title at TPC Sawgrass, where PGA Tour commissioner Jay Monahan paid tribute to the absent Woods, a two-time champion of the Tour’s flagship event.

“One player the world will miss this week is our two-time Players champion Tiger Woods,” said Monahan in his press conference on Tuesday.

“With 2021 being the 20th anniversary of the ‘better than most’ putt that took place in 2001. While we’ll celebrate this moment on Saturday, talk of Tiger’s future in golf can wait.

“At this moment, our thoughts continue to be with Tiger and his family as he begins his journey towards recovery. We’ll be there to support him every single step of the way.”

Monahan also revealed he has been in regular contact with Woods since his accident, telling reporters: “I’ve been in communication with Tiger and I’ve stayed close with many members of his team and like so many others we’re just praying for his recovery.

“We’re so grateful for the fact he’s on the road to recovery. That’s the most important thing, that’s the only thing at this point in time. Hopefully we’re going to continue to hear about more and more progress.

“He wants everybody to know, all of our players, all of our staff, the sports world at large, the world at large that the outpouring of love and support has meant a lot to him and has been so important as he recovers from his injuries.”

Authorities in Los Angeles are continuing to investigate the cause of the accident, although Woods is not expected to face any criminal charges at this time.