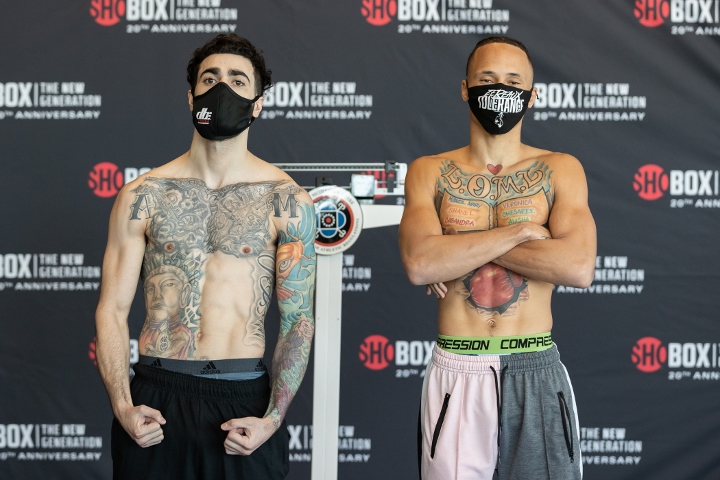 The moment they heard the word “yes” was enough for Jeremy Hill and his team to run with pen in hand to sign the contract.

It hasn’t been easy for the unbeaten 6’0” prospect to line up fights, whether at lightweight or junior welterweight. A window of opportunity was provided when Steven Ortiz (11-0,3 KOs) was left without an opponent for a March 10 ShoBox appearance on Showtime after originally scheduled foe Damon Allen suffered an injury in training camp.

Hill immediately found himself in the right place at the right time, securing the fight less than 24 hours later.

“My manager brought it to me. As soon as I heard, I said yeah to it,” Hill told BoxingScene.com. “Once we heard they said yeah too, it was on and popping. I’m pumped up. I’m ready to show what it is that I’m about.”

Lee is among the literal hundreds of opponents Hill (14-0, 9KOs) would love to face in his quest to prove that he is boxing’s best kept secret. The 28-year-old from New Orleans has remained limited to the southeast U.S. region throughout his pro career, accepting fights for the sake of remaining active. The opportunity to face Philadelphia’s Ortiz was viewed by his team as the perfect chance to show what he is about on this level.

“We’ve been looking for this fight for a while,” Adam Glenn, Hill’s manager told BoxingScene.com. “The second that we saw (on BoxingScene.com) that Damon Allen fell through, we reached out to Showtime immediately and that we were ready to go.

“Jeremy has been reaching for these fights. He’s rangy, has a powerful jab and a lot of people don’t want to fight him. We were just happy that they picked him.”

The chain of events was pleasing to Hill, even if the name offered to him was simply just that.

“I honestly never heard of the guy before,” admitted Hill. I’m an everyday guy in life, I don’t pay attention to boxing when I’m not fighting. When I heard about the fight I looked him up. He ain’t got nothing to make me pay him no never mind.

“I’m gonna go in there and do what I got to do. This is gonna be what the world’s been needing to see out of me and get me to where I need to get to in this sport.”