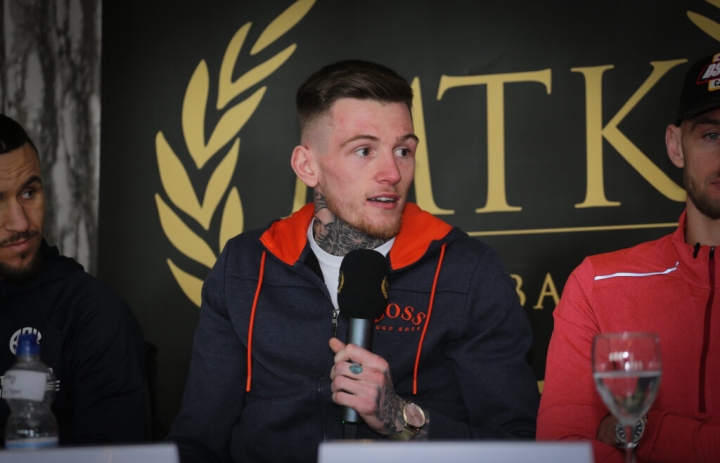 Gary Cully says it is his destiny to reach the very top in boxing – as he prepares to face Viktor Kotochigov for the vacant WBO European lightweight title on Friday’s MTK Fight Night.

Undefeated Cully (11-0, 5 KOs) faces Kotochigov (12-1, 5 KOs) at the University of Bolton Stadium next Friday, live in the US on ESPN+ in association with Top Rank, and worldwide on IFL TV.

It sees the 25-year-old look to take the next step in his professional career, and he’s opened up on how confident he is of being successful.

Cully said: “I feel like I’ve got something that people don’t have, and that you don’t get very often. I can’t explain what it is, I’ve just something different. I’ve got the x-factor.

“I just feel like I’ve been born to do this. I’m excited to be tested and challenged this weekend, and as the level of opponents step up, you’ll see better performances for me.

“99% of your performance is done in preparation, and I’ve prepared properly for this. I don’t see anything stopping me. Since this time last year I have been working hard and I have improved a lot.