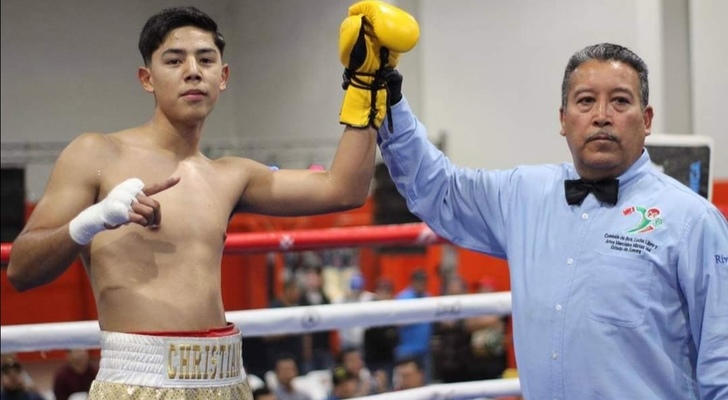 Villalba, who is originally from Hermosillo, Mexico and now resides in the Los Angeles area, had previously fought on December 11, defeating journeyman Omar Camargo by split-decision over six rounds.

Barbeitia was game throughout the fight, connecting to the head and body as both stood in the pocket. Villalba was the more-effective fighter, utilizing his more-polished skills to outbox Barbeitia from the outside to earn the victory.

The 21-year-old splits his time between Los Angeles and the boxing hotbed of nearby Oxnard. Villalba is trained by Edgar Cruz and his strength and conditioning coach is Federico Mendoza.

Barbeitia, who resides in Tijuana, drops to 0-6.

Yepez, who resides in Los Cabos, Mexico, had not fought since losing by knockout to unbeaten Francisco Lopez Corrales in February 2019.

In a junior bantamweight clash between Tijuana residents, Luis Rojas stopped Elias Aguilar Contreras (1-17) at 1:59 of the opening round. The 17-year-old Rojas improves to 2-0, 2 KOs.

Junior welterweight Sergio Gonzalez of Compton, California improved to 3-4, 2 KOs by stopping Tijuana’s Javier Solis Victoria (8-5-1, 5 KOs) at 45 seconds of the opening round.

The card was promoted by Marquez and Ramos Boxing Promotions.