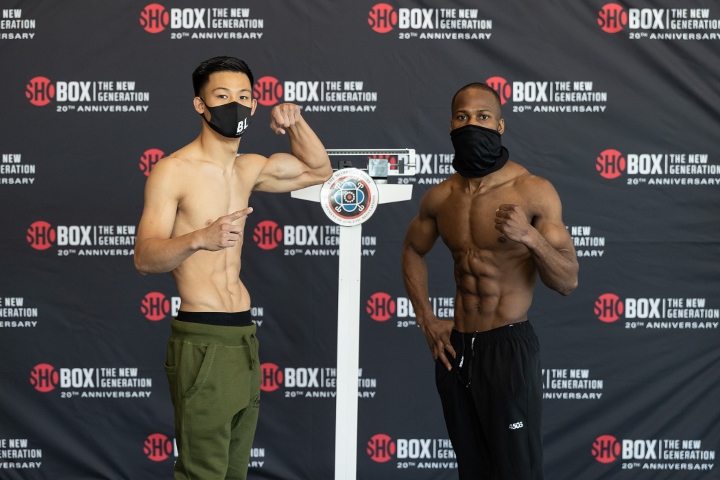 Brandun Lee hopes for his next headlining act to serve as an introduction to a breakout year.

The red-hot junior welterweight prospect tops a ShoBox quadrupleheader this Wednesday, airing live on Showtime from Mohegan Sun Arena, in Uncasville, Connecticut. Awaiting the unbeaten 21-year-old from La Quinta, California will be Samuel Teah, who has never been stopped and marks a step up in competition.

“I’m confident he will bring the best out of me,” Lee told BoxingScene.com. “Samuel Teah is a veteran. He’s beaten several prospects in the past.”

Lee (21-0, 19KOs) will make his seventh consecutive appearance on a Showtime-affiliated card.

Wednesday will serve as his fourth on ShoBox, the long-running series created in 2001 with the intention of presenting shows with rising prospects in their toughest tests. That part of the equation has yet to factor into the career of Lee, who has yet to be extended beyond four rounds and whose competition level has been called into question given his supreme skill level.

With that came the opponent selection of Teah (17-3-1, 7KOs), who was among the many prospects to be matched aggressively on this platform before adopting a career role as a proven spoiler. The 33-year old from Philadelphia by way of Liberia came up just short in an eight-round decision defeat to unbeaten Montana Love in their Feb. 2018 ShoBox clash, before coming strong in an eight-round win over Kenneth Sims on this very circuit later that November.

Teah has since added a 10-round win over former promising prospect Sonny Fredrickson as part of a current two-fight win streak heading into his main event with Lee.

“I’m looking forward to this challenge,” notes Lee, who has stopped his last 12 opponents. “This fight is for the IBO Inter-Continental title. Hopefully it will lead to me soon fighting for the IBO junior welterweight title before the end of the year and then for one of the main world championships in 2022.”