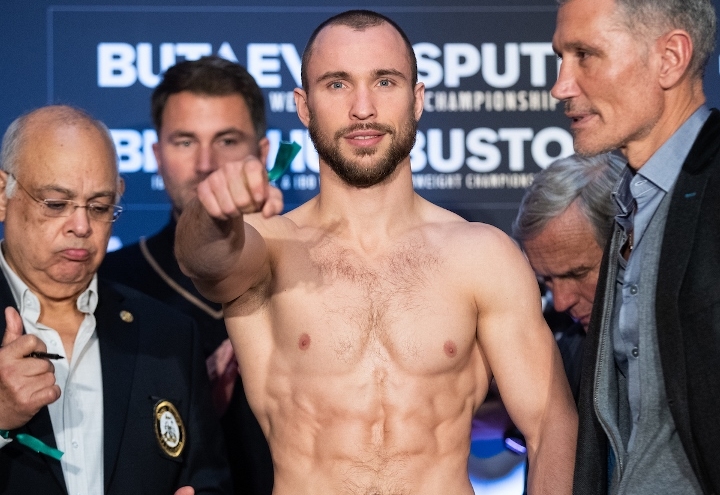 According to the Russian Boxing Federation (RBF), former WBA “regular” welterweight champion Alexander Besputin, who has been inactive since November 2019, will fight against Argentina’s Maximiliano Veron on March 20 at the Megasport Arena in Moscow.

The contest will be part of the undercard to Artur Beterbiev’s defense of the IBF, WBA light heavyweight titles against German contender Adam Deines.

Veron, 32-years-old and, has a record 12 wins, with four by knockout, three defeats and one draw.

After the fight in Monaco, Besputin tested positive for the banned performance enhancing drug Ligandrol.

Besputin requested a testing of his B-Sample, which also returned a positive result for the same banned substance in June of last year. The WBA would strip him and handed down a six month suspension.

Besputin went pro in in October 2015 and through manager Egis Klimas he came on board with Las Vegas-based promoter Top Rank.

Besides the contest in Monaco, all of his ring outings have taken place in the United States.

In the amateur ranks, the Russian boxer was the 2012 Russian champion, the 2013 European champion and the silver medalist of the 2015 European Games.