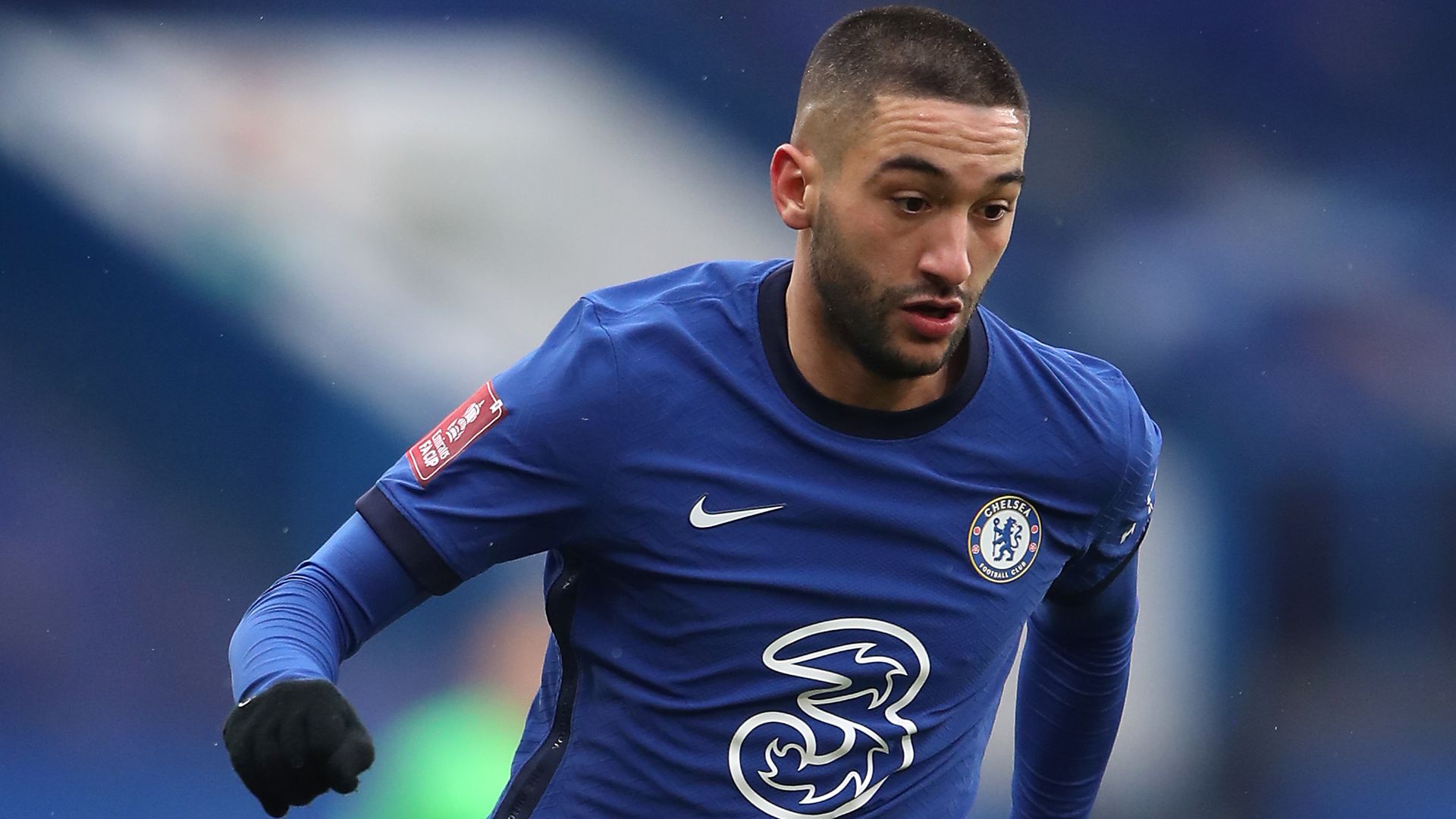 Chelsea head coach Thomas Tuchel says Hakim Ziyech is still adapting to English football but will start against Barnsley in the FA Cup fifth round on Thursday.

Ziyech arrived at Stamford Bridge from Ajax for £33.3m last summer but was forced to miss the start of this season after suffering a knee injury in pre-season.

The 27-year-old midfielder showed glimpses of his quality before Frank Lampard was sacked, but has struggled with fitness issues and made just one appearance in Tuchel’s opening four matches in charge.

“Hopefully tomorrow we see the best in him,” Tuchel said ahead of Chelsea’s trip to Oakwell. “He had a good training week and we count on Hakim like on everybody else, there’s absolutely no doubt about that.

“For me, it’s clear that he needs to adapt to this kind of football, this kind of league. He comes from the Dutch league, from a strong Ajax squad but they were the benchmark in the league and it’s not the same intensity and competition as it is here, but he is adapting.

Tuchel also confirmed midfielder N’Golo Kante will start for the first time under him on Thursday. The German says it is a “gift” to coach the 29-year-old, who he believes would “fit into every manager’s plans”.

Kante missed six games for Chelsea after suffering a hamstring injury in the 3-1 loss to Manchester City in the Premier League a month ago, but he returned to the side as a substitute in the closing stages of victories over Tottenham and Sheffield United.

“I think N’Golo fits into every manager’s plans on the planet,” Tuchel said.

“I was desperate to have him in my team. He’s a Chelsea player, a big Chelsea player and one of the best midfielders in the world.

“I’m so lucky to have him in my squad and I’m so lucky he’s back again. When you look at his performance after injury against Tottenham, he just did what he always does – helps everybody on the pitch with his support, his mentality and his quality.

“If you see the step he took between the Tottenham match and the 20 minutes against Sheffield, it was huge.

“I’m very, very impressed. I’ve known him for many years because we both came from French clubs. To see him on TV and to now see him live, to see how he works, how humble he is and the quality he gives to this team here, it’s a gift to be his coach and I’m super happy.

“He will start tomorrow. He’s an outstanding player who we absolutely need in a strong squad and a big club like Chelsea.”

‘Winning FA Cup would be huge’

Tuchel will manage in the FA Cup for the first time when he takes his side to Barnsley and insists he will do everything he can to win the trophy.

He recalled watching the competition as a youngster back home in Germany and understands the history of a tournament Chelsea have won eight times.

“This would be huge, absolutely. The FA Cup is one of the most prestigious cups in the world,” he said.

“It’s played at Wembley and even if you’re a little boy in Germany with no internet and no sports channels where you can watch every game like nowadays, you know the words ‘Wembley’ and ‘FA Cup’ for sure.

“You know this is a big, big game to play and a big, big goal to achieve, but you know me now very well or maybe better and better and the approach is that tomorrow is the most important match of this cup campaign, because tomorrow is a decisive match and an elimination match.”

Chelsea travel to Barnsley in the FA Cup fifth round on Thursday before hosting Newcastle in the Premier League on Monday Night Football, live on Sky Sports from 7pm; kick-off 8pm.