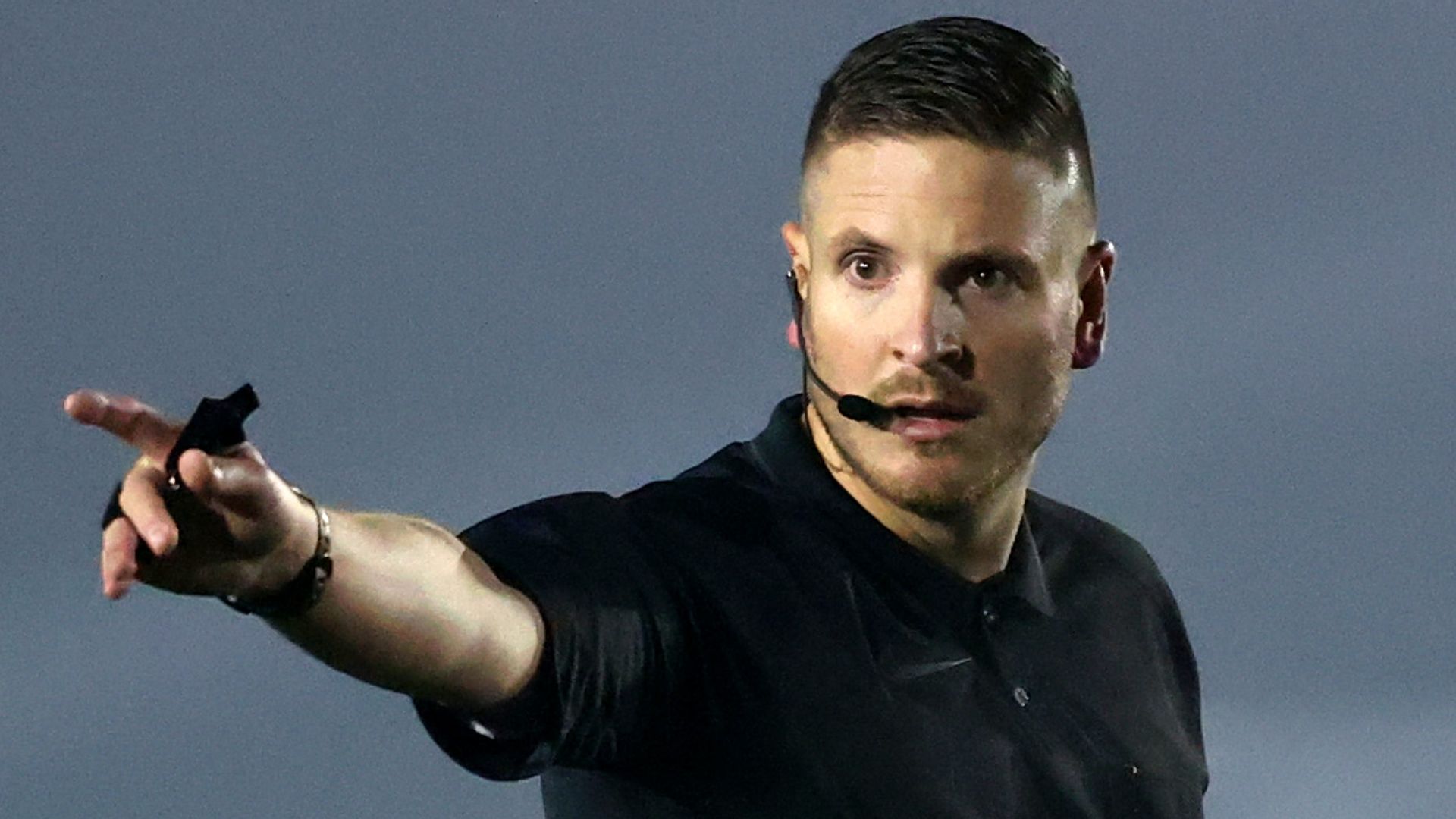 Ryan Atkin has offered his support to fellow referee Mike Dean after he received death threats and has explained how he deals with them following a surge of online abuse on social media platforms.

Premier League referee Dean was subjected to the death threats after he was involved in two controversial incidents last week and has subsequently asked not to officiate a top-flight game this weekend.

A referee’s life will be lost if harsher punishments are not introduced for the abuse of officials, Referees’ Association chair Paul Field has said.

Atkin said he first started receiving death threats after coming out publicly as gay in 2017.

“Obviously as a referee, we know what we sign up for,” Atkin told Sky Sports News. “Sometimes our decisions are unpopular and we make mistakes, but we make honest mistakes.

“But when I came out, I received death threats myself. I received inappropriate, discriminatory language. I heard it from the stands. It was comments like that I’d receive [online] on a daily basis. Thankfully, those have now started to stop.

“I’m very fortunate that I can talk to a great group of friends about what I receive on social media. It takes a while – you have to try and not take it personally. Everyone has a different mindset, but I try and park it.

“I realise that it’s someone behind a keyboard, someone ultimately I probably don’t know and someone I’m never going to meet.

“For me personally, I don’t believe in the threat. At the time I consulted different charities about routes I could take. Had it continued, I would have reported it to the police.”

Atkin insists he has no regrets over coming out publicly four years ago, telling Sky Sports during the annual Rainbow Laces campaign activation in December that it was a “leap of faith” at the time but a decision that ultimately brought “positive successes” both personally and professionally.

In 2019, he became a Sport Champion for Stonewall, the charity that runs the Rainbow Laces campaign, and he is also an ambassador for the US-based LGBT+ advocacy group Athlete Ally.

Meanwhile, players in both men’s and women’s football have been victims of racial abuse on social media in recent months.

FA equality director Edleen John warned on Wednesday that the football community will be taking action to drive change from social media organisations.

Golfer Justin Thomas recently had his sponsorship deal with Ralph Lauren terminated as a result of his audible use of a homophobic slur.

Meanwhile, Tranmere’s Sky Bet League Two match with Morecambe on January 30 is currently under investigation by the Football Association after an alleged homophobic slur was made at the Mazuma Stadium.

Asked about those incidents, and how offensive the ‘F’ word was to the LGBT+ community, Atkin added: “It is extremely offensive.

“All discriminatory language is not acceptable, but within the gay community, the ‘F’ word is no different to someone using the ‘N’ word to someone who is black or Asian. It is that offensive.

“People that hide behind ignorance, and say they do not understand the word, are actually not telling the truth.

“There is an underlying issue with both racism and homophobia in football. We must commend the clubs for taking zero-tolerance approaches to racism. That now needs to be mirrored around homophobic comments or chants.

“Social media organisations need to look at how they manage hate and discriminatory lanaguge on their site [too]. It must not be tolerated.”