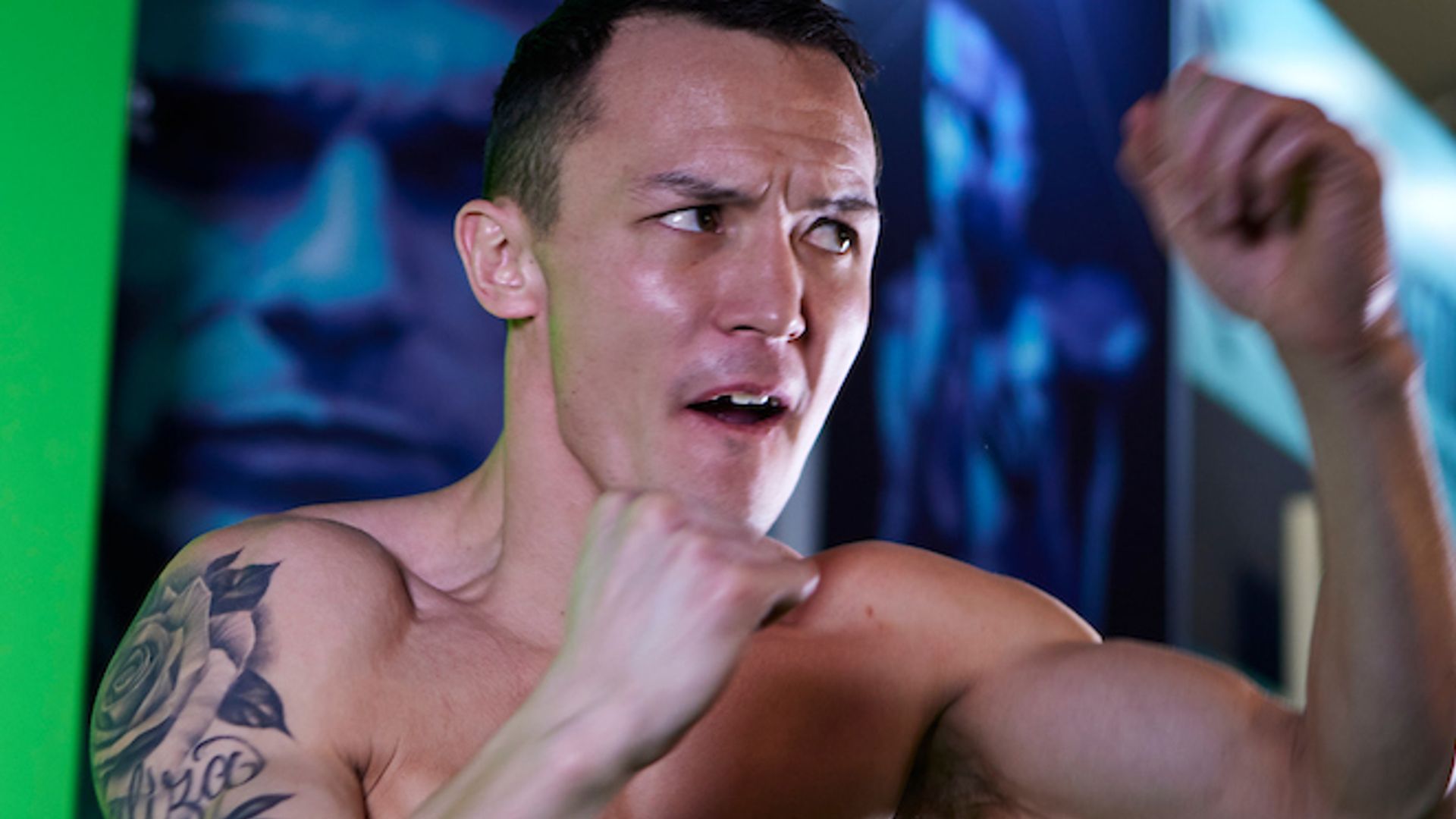 “I believe that by sticking to the game-plan it could be an early night,” warns Josh Warrington who aims to extend his unbeaten record against Mauricio Lara on Saturday, live on Sky Sports

Josh Warrington insists he will force Mauricio Lara into an “early night” with a stoppage on Saturday, paving the way for fights which would establish him as the world’s top featherweight.

The unbeaten ‘Leeds Warrior’ fights Mexico’s Lara on Saturday night, live on Sky Sports, knowing that victory would tee up a fight with one of his division’s world champions.

Warrington vacated his IBF championship in an attempt to speed up negotiations to fight Gary Russell Jr (WBC), Can Xu (WBA) or Emanuel Navarrete (WBO) – he is now within touching distance of colliding with one of those later in 2021.

“I’d love nothing more than to give the fans 12 rounds toe-to-toe but it’s about me doing what I need to do to win,” Warrington told Sky Sports.

“I believe that by sticking to the game-plan it could be an early night.

“I’m pretty confident that I’m hitting harder than ever. I feel strong.

“There is a reason that I’m No 1 in the world and I’ll show why on Saturday.”

A unification fight with China’s Can Xu has twice fallen through for Warrington, leading to his decision to vacate the IBF belt in order to finally secure his desired match-up.

“We were expecting a tough fight with Can Xu. Obviously that wasn’t meant to be,” he said.

“Lara is the man next in front of me and I can’t look past him.

“There are big targets out there – Can Xu, Gary Russell Jr but it all comes down to Saturday.

“I’ve been out of the ring for 15 months, I’m no longer a world champion so I’m starting again.”

Warrington has won all 30 of his fights and has enjoyed a stellar three-year period, beating Lee Selby and Carl Frampton in major world title fights before successfully defending his IBF belt against Kid Galahad.

But he remains wary of Saturday’s opponent Lara, saying: “He has no pressure, nothing to lose.

“We see it all the time in sport, upsets happen and underdogs flourish.

“I’ve been an underdog many times and I’ve flourished.

“On paper this man shouldn’t stand with me but he still has two hands and two gloves. To overlook him would be ridiculous. I’m completely focused.”