Promoter Eddie Hearn believes former WBC heavyweight champion Deontay Wilder has lost his mind after listening to the recent statements made by the boxer during a video interview with 78sportstv. 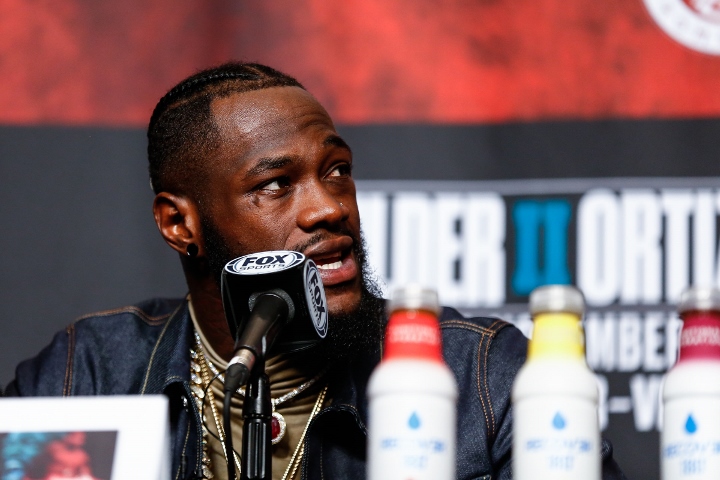 In the last few days, Wilder and his former trainer, Mark Breland, have been trading words through the media.

Their rift first began last year, in the aftermath of Wilder’s stoppage loss at the hands of Tyson Fury in February 2020.

The contest with Fury came to an end in the seventh round when Breland threw in the towel.

Months later, Wilder made serious allegations against Breland – claiming the veteran trainer may have spiked the water bottle and could have been working as a double-agent.

Breland fired back last week, explaining that Wilder had become untrainable and refused to listen during training sessions in the gym.

Wilder then shot back with a response of his own.

“It’s all making sense now,” Wilder said. “[Breland has] been envying me, he’s been jealous. Now all this sh– is truly coming out.

“You want to break your silence to the UK media [and say] ‘Somebody else poured the water.’ Nah, you did that sh–. This is the end of my career? Man, this is only the beginning of greatness. But for you, it is the end.”

Hearn was scratching his head after listening to Wilder’s recent interview.

“When you start talking about yourself in the third person, ‘Kings, let me tell you what kings do.’ What are you talking about? Kings? ‘Yeah kings, because I’m a king.’ You’re not king. You got beat. You could become king, but you’re not at the moment.