Former minimumweight world champion, Francisco ‘Chihuas’ Rodriguez, confirmed to ESPN Deportes that his return to the ring is scheduled for February 26 at the Lienzo Charro de Talpa de Allende in Jalisco.

The talented boxer will part of a card being staged by BxStrs Promotions. And the event will include highly ranked Erick ‘Habanerito’ Lopez. 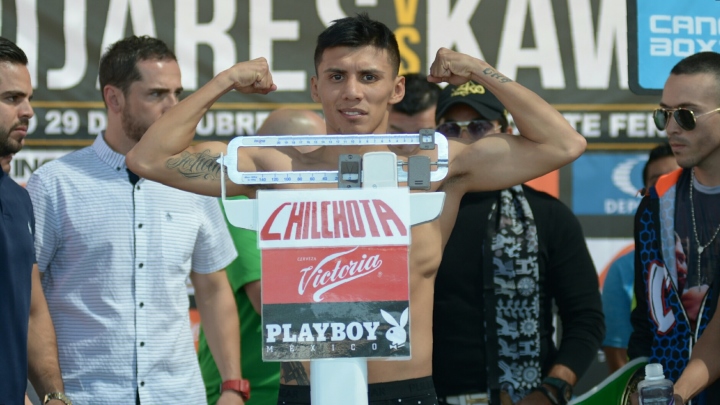 Rodriguez , 27-years-old, with a record of 33-4-1 and 24 knockouts, was scheduled to challenge fellow Mexican Julio Cesar ‘Rey’ Martínez on December 19 in San Antonio, Texas, for the World Boxing Council flyweight championship.

The fight with Martinez fell apart when the champion became ill and withdrew from the contest.

“I am very grateful for the opportunity to fight in a beautiful land like Talpa de Allende is. I feel very committed to offering a good show to please the people of this beautiful town. I’m ready to put up a great fight, make the fans enjoy it, and stay on my path to new world championship fights,” said Rodriguez.

Rodriguez’s opponent will be announced by the company organizing the event.

In action that evening, world ranked Erick ‘Habanerito’ Lopez (15-5-1, 10 KO’s) and tough contender Christian ‘Chispa’ Medina (13-3, 9 KO’s) will appear in separate bouts. They are also waiting to confirm the names of their opponents.

The event, which initially was planned to take place in 2020, will have strict COVID-19 safety protocols.

“We are very happy to finally be able to carry out this boxing event. It was going to take place last year, but the COVID-19 pandemic stopped everything. Now, we have a very good card, with great fighters and that, thanks to the television broadcast, will be seen throughout the continent, so our municipality will be watched by of all of America,” shared Martín Guzman, municipal president of Talpa de Allende.

Benavidez: Plant Doesn’t Pose A Threat To Canelo, Has No Punching Power