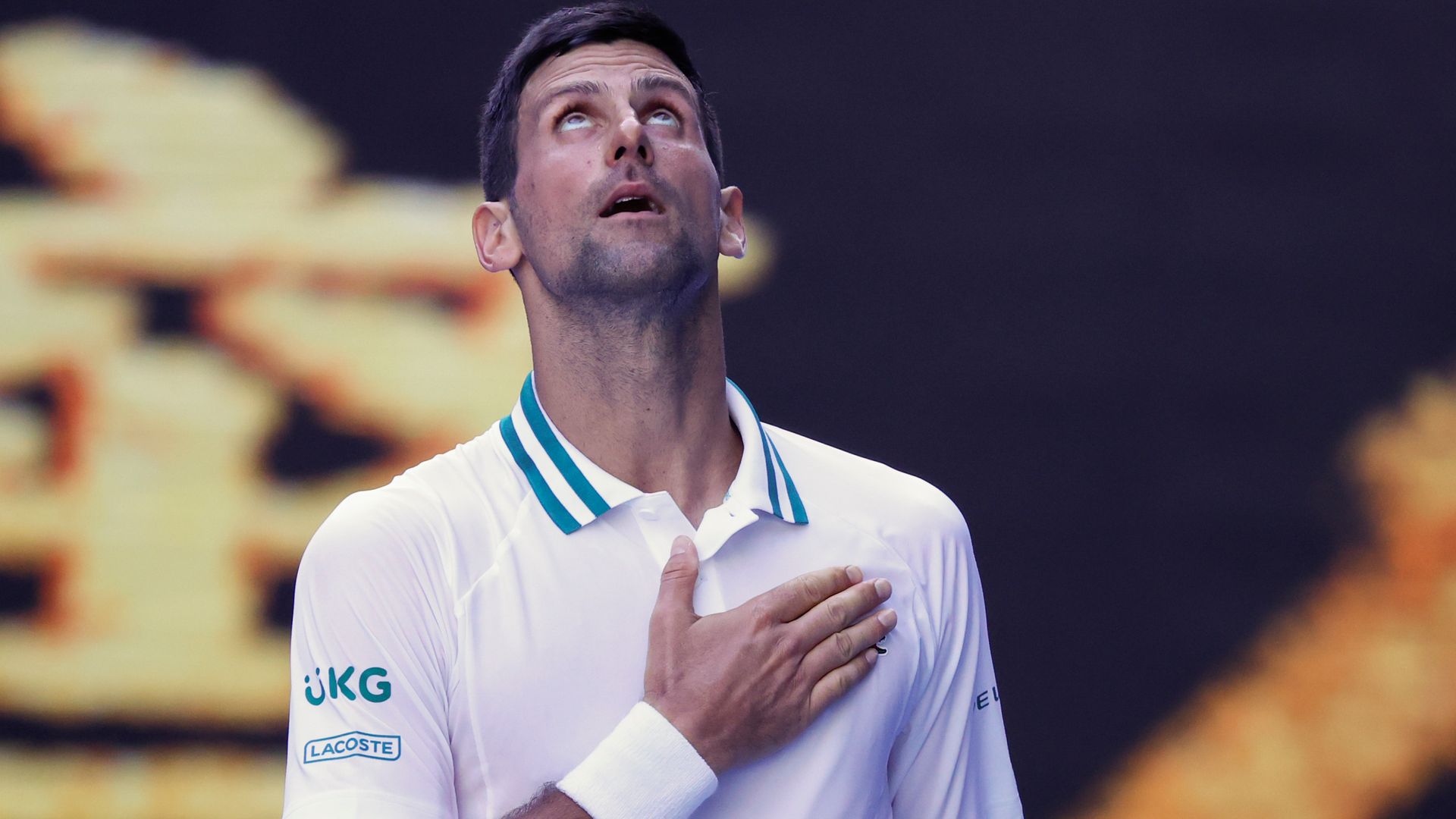 Novak Djokovic’s aura of invincibility at Rod Laver Arena wavered under the pressure but reached the third round of the Australian Open for the 14th time as he served up 26 aces to Frances Tiafoe’s 23; Dominic Thiem eased through but Stan Wawrinka was knocked out

World No 1 Novak Djokovic survived a four-set test against American Frances Tiafoe to make it through to the third round of the Australian Open on Wednesday.

The defending champion, bidding for an unprecedented ninth Melbourne title, dropped the second set to the 23-year-old.

Djokovic has rarely been tested so early at his favourite Grand Slam but he had his hands full against Tiafoe, whose sparkling tennis revived memories of his exhilarating run to the 2019 quarter-finals.

Djokovic had two points for 4-0 in the third but, seemingly struggling with the 30C temperature, he allowed Tiafoe to draw level.

Tiafoe saved two set points at 4-5 but, with the 23-year-old from Maryland now also feeling the heat, Djokovic pulled out a near-perfect tie-break.

Some lung-busting rallies in the fourth left both players gasping for breath and it was Tiafoe who lost his way down the finishing straight.

A time violation ultimately cost him his serve to trail 4-3 and a double-fault on match point gave Djokovic victory in three-and-a-half hours.

“It was a very tough match, it was very warm with the sun on the court and a lot of long rallies,” Djokovic, who fired down 26 aces, said on court afterwards.

“I want to give Frances a hand for a great match. If I had to choose I wouldn’t like to have these matches early in the week, but the matches are only going to get tougher.

“I know how to handle these circumstances, but I was lucky to get through the third set, it was anyone’s game. It was high-quality tennis.”

Wawrinka, seeded 17, was two sets down but fought back to level and then broke back when Fucsovics served for the match in the decider.

US Open champion Dominic Thiem eased through the second round with a 6-4 6-0 6-2 win over Dominik Koepfer of Germany.

The Austrian said the win was his best so far since arriving in Australia but admitted there was still room for improvement before comparing the speed of the courts to 2020.

“I prefer last year’s courts, if I could choose. It’s probably one of the fastest Grand Slam tournaments I’ve played so far,” Thiem explained. “We have to get used to it. But if I have to choose, I would choose the last year’s conditions.”