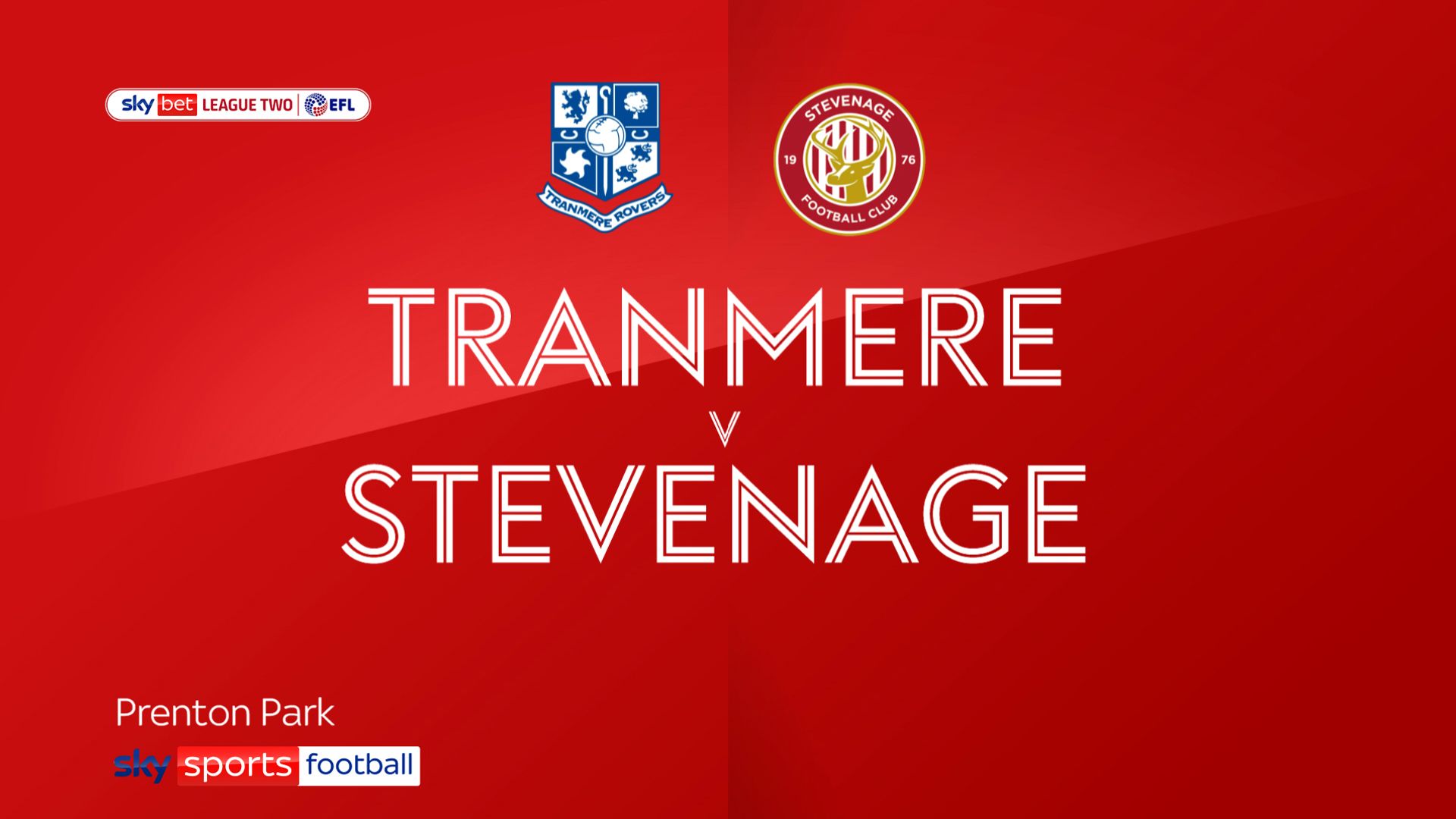 The game looked to be heading for a stalemate at Prenton Park before the striker netted the winner with his first touch after 82 minutes against the high-flying hosts.

Keith Hill’s Rovers looked below par as their promotion push was dealt a setback.

All the goalmouth action of a scrappy first half came early on.

Bolton loanee Ali Crawford almost opened the scoring three minutes into his Tranmere debut, but Luther James-Wilden headed his corner off the line.

Stevenage goalkeeper David Stockdale made good saves from Danny Lloyd and Crawford soon after as the hosts pressed.

Boro substitute Matty Stevens looked to have broken the deadlock after 67 minutes when he met a set-piece with a firm header, but the ball hit the underside of the crossbar and was adjudged to have not crossed the line by the officials.

But there was no doubting the sheer quality of Newton’s dipping effort which boosted the visitors’ battle against relegation.