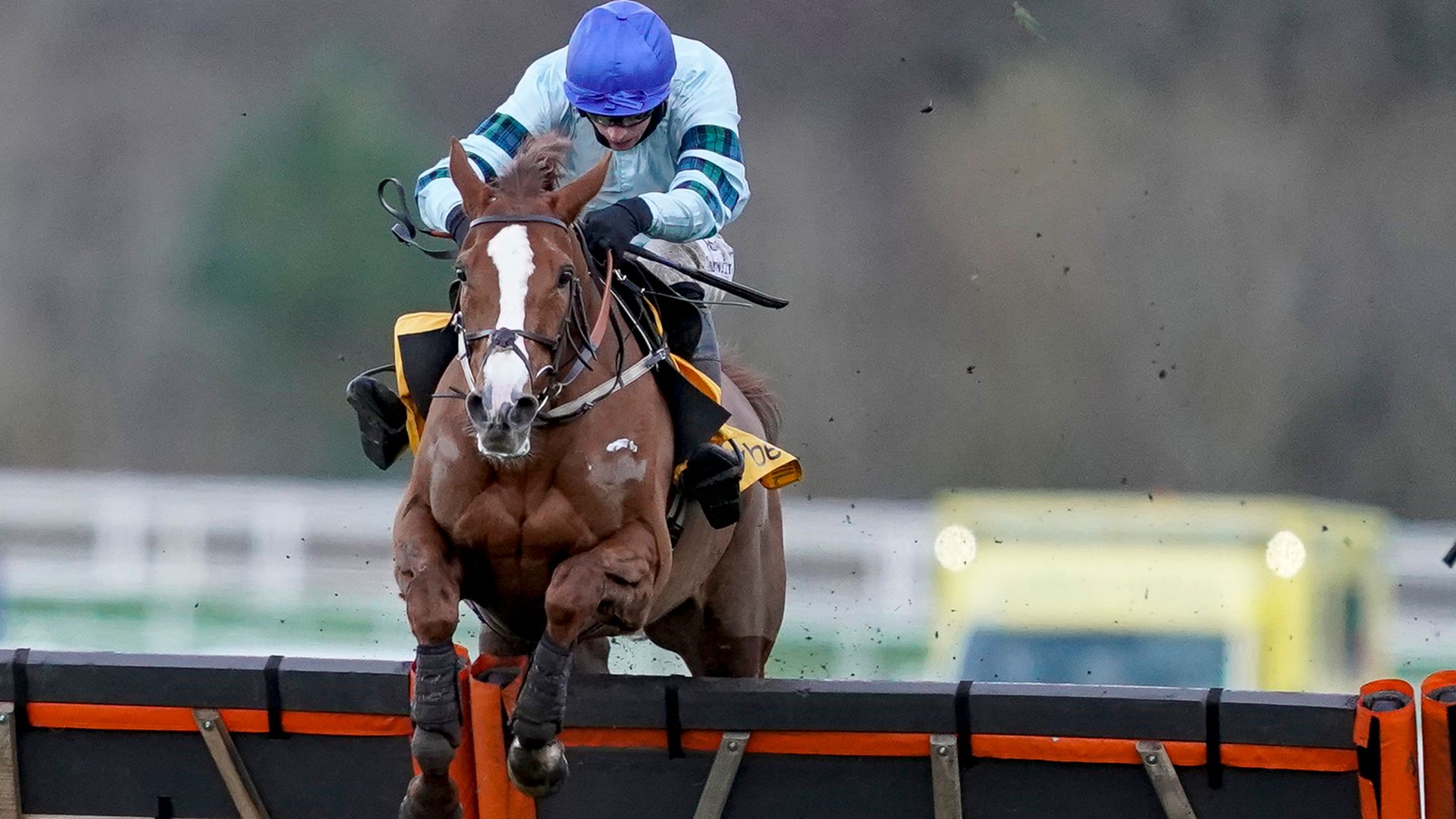 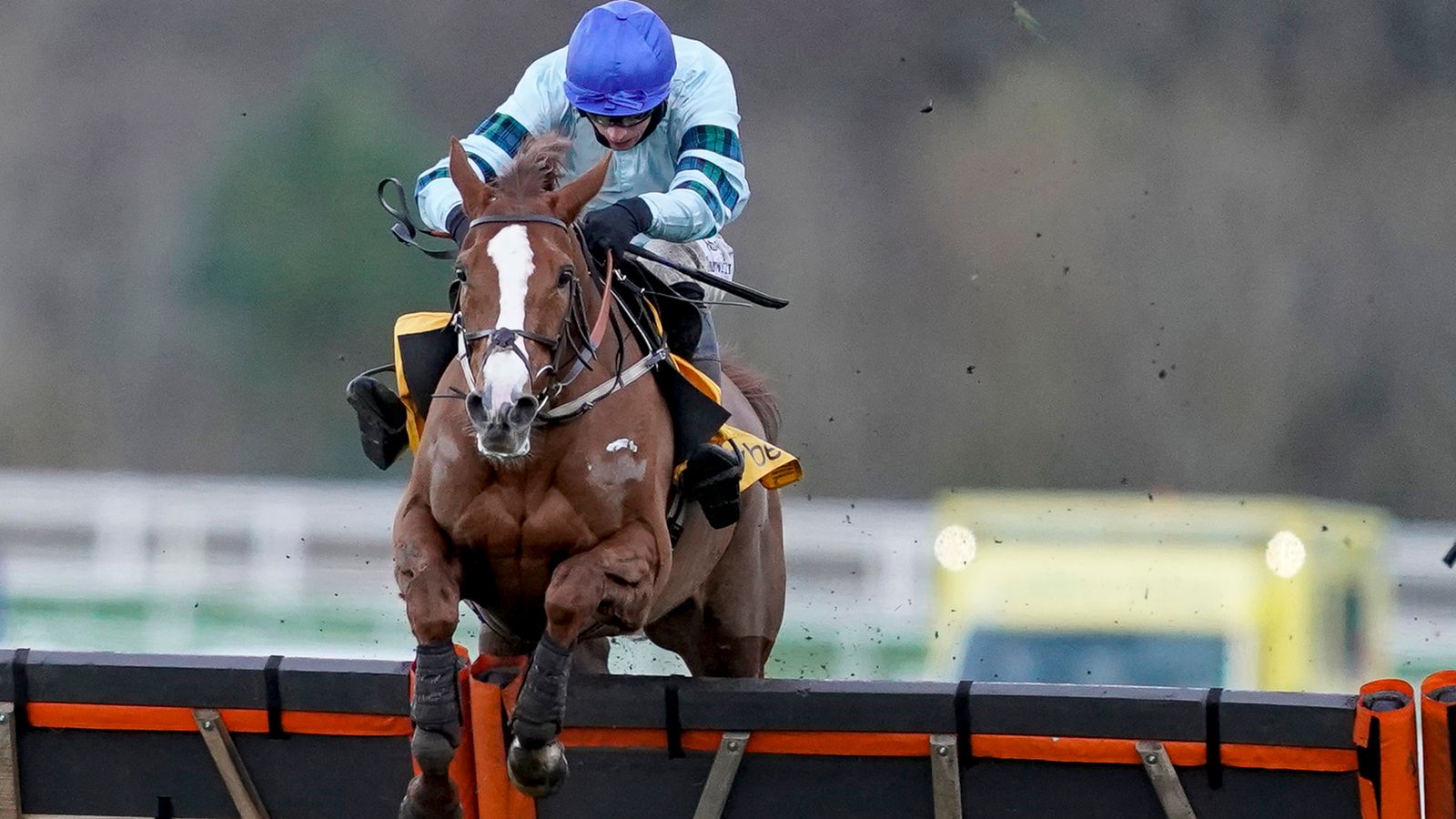 Not So Sleepy is bang on course to emerge from his winter break for a Champion Hurdle challenge next month.

Trainer Hughie Morrison is content with the long-term plan to keep his dual Betfair Exchange Trophy hero fresh for the Cheltenham Festival.

Otherwise, the Berkshire trainer has enjoyed watching Not So Sleepy’s potential rivals scramble to fit in their Cheltenham prep runs through the wintry weather of the past month – with the waters muddying along the way.

“As it gets closer, usually the races start to look more difficult – and I have to say Honeysuckle was very impressive on Sunday,” he said.

“She quickened up, and they couldn’t go with her, could they?

“I suspect the race (Champion Hurdle) could be set up for her as well.

“The rest of them, I wouldn’t be frightened of taking on.”

Among them, Nicky Henderson’s title-holder Epatante met with a shock defeat behind Silver Streak in Kempton’s Christmas Hurdle – and has since reportedly had successful treatment for a suspected back issue.

The mercurial Not So Sleepy made an early exit when swerving and unseating his rider as Epatante went on to win the Fighting Fifth Hurdle at Newcastle in November, only to return three weeks later with an all-the-way victory as he retained his crown in the valuable Grade Three at Ascot.

Morrison announced there and then that, unlike last year, there would be no attempt at another big handicap pot in the Betfair Hurdle at Newbury – due to be run this weekend if the freezing temperatures abate in time.

Twelve months ago, habitual front-runner Not So Sleepy was hampered at the start in the Betfair and never got into the race, before being pulled up in the Champion Hurdle a month later.

Morrison has not been tempted to give the same schedule a second shot.

He said: “Last year, we weren’t sold on going to Newbury – but he was in such good form two weeks after (Ascot) we decided to, and I think he then just probably flattened out in the middle of January, and we never really got him back.”

This time, a winter breather followed Not So Sleepy’s mid-December win – and as long as no snow interrupts his remaining preparations at home, all is well.

“We gave him a break afterwards really,” added Morrison.

“We kept him going, then gave him a week or so off at the beginning of January, not really doing anything.

“He’s a difficult horse to judge, but I’d like to think he’s in good form at the moment.

“We took him back to build him up again. We (just) wouldn’t want snow now, that’s all.”

Morrison is looking forward to another opportunity to take on Henderson’s reigning champion.

“Whether she’s as good this year, she’s got to prove it again after disappointing at Kempton.

“What we don’t know is what would have happened if Not So Sleepy hadn’t tried to refuse and Silver Streak hadn’t been taken out at Newcastle.

“So it didn’t prove anything really, did it?”

Not So Sleepy has shown his best hurdles form on soft ground – and ideally, Morrison would therefore prefer a return to wet weather following this week’s snow and frost.

“I think we’d probably like it to be very soft (at Cheltenham),” he said.

“He’s won on what I would call ‘soft Flat’ ground, and it suits him better than others.

“It wouldn’t stop us running if it was good ground, because that’s soft on the Flat really.

“You never know with Not So Sleepy. Realistically, he might not be good enough, but he is a very good horse underneath it all.”

In the meantime, should Newbury go ahead after all on Saturday, it will provide Morrison with another indication as to the merit of Not So Sleepy’s latest Ascot victory.

He beat his former stablemate Buzz there – in receipt of 6lb – and Henderson’s grey is set to be in action again in the Betfair, before a possible Champion Hurdle bid himself.

“It would be great for all concerned if he did (run well) really,” he said.

“Top weight is always difficult, but he nearly carried top-weight (to victory) the other day.”