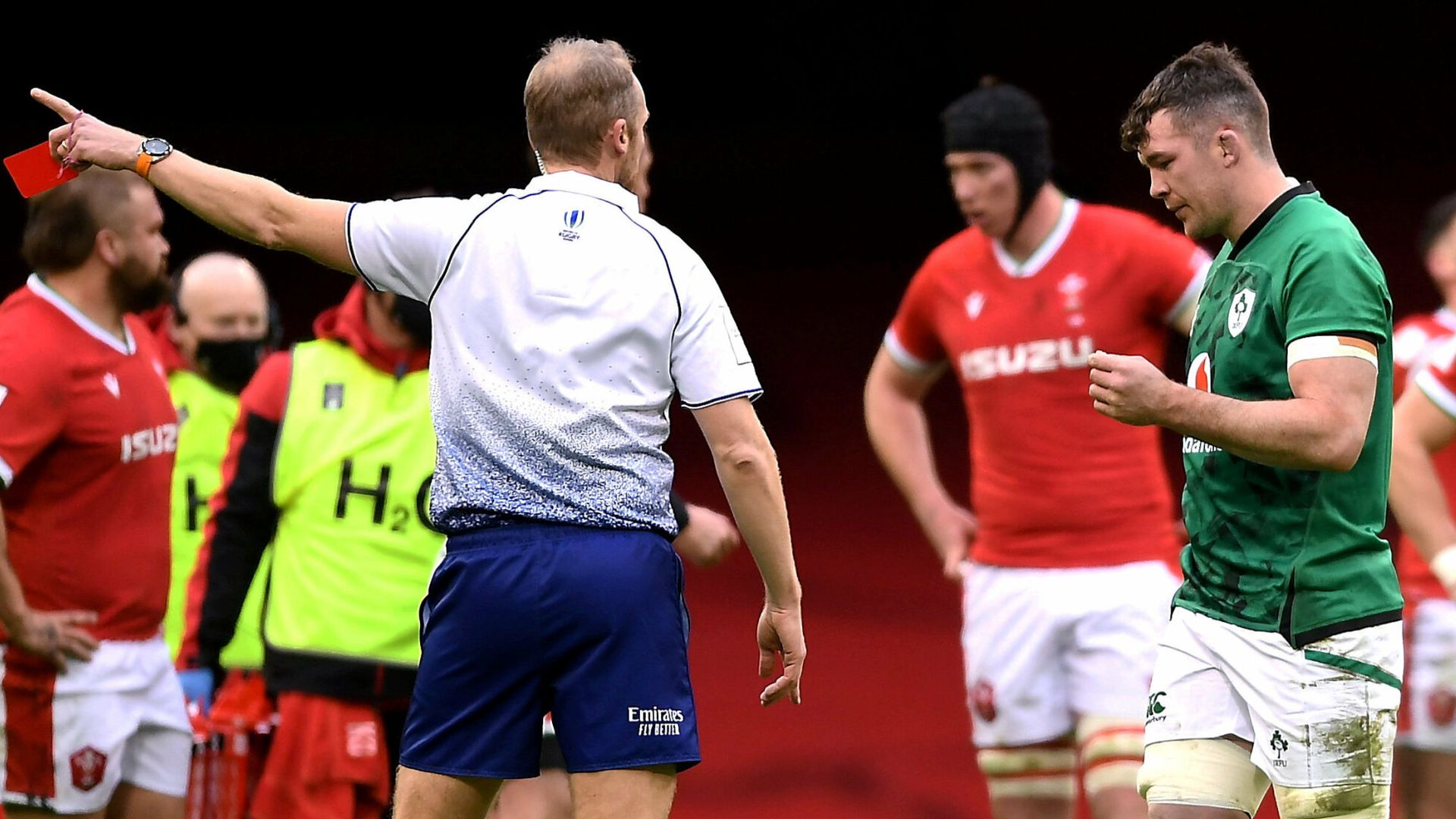 Peter O’Mahony suspended until March 15 after being sent off against Wales, ruling him out of Ireland’s Six Nations games against France, Italy and Scotland; Ireland take on France in Dublin on Sunday

Peter O’Mahony has been banned for three Six Nations matches following his red card in Ireland’s defeat to Wales.

The flanker was dismissed after 14 minutes of Ireland’s 21-16 loss in Cardiff for a reckless hit on Wales prop Tomas Francis at a ruck.

O’Mahony appeared before an independent disciplinary committee on Tuesday, where he admitted an act of dangerous play which merited a red card.

The 31-year-old was given a six-week ban, which was reduced by 50 per cent in mitigation, ruling him out of Ireland’s games against France, Italy and Scotland.

A Six Nations statement read: “As the conduct involved contact with the head, although noting that no injury was suffered by the Wales No 3 (Francis), the committee determined that the entry point was mid-range, which for this offence is six weeks.

“It was accepted that there were no off-field aggravating factors, and the disciplinary committee concluded after careful consideration of the player’s record and conduct in the hearing, that the player was entitled to a 50 per cent reduction of sanction in mitigation.

“The player is suspended from February 7, 2021 to March 14, 2021, which represents three meaningful matches to the player.”

Ireland head coach Andy Farrell said after Sunday’s defeat that O’Mahony was “gutted” by his error of judgement.

“Guys don’t do these things on purpose,” said Farrell. “It hampers the team and Pete’s hurting at this moment in time.”

Ireland skipper Johnny Sexton and vice-captain James Ryan are on track to feature in Sunday’s game with France.

The pair must each undergo phased return-to-play protocols having suffered head knocks during the Wales match.