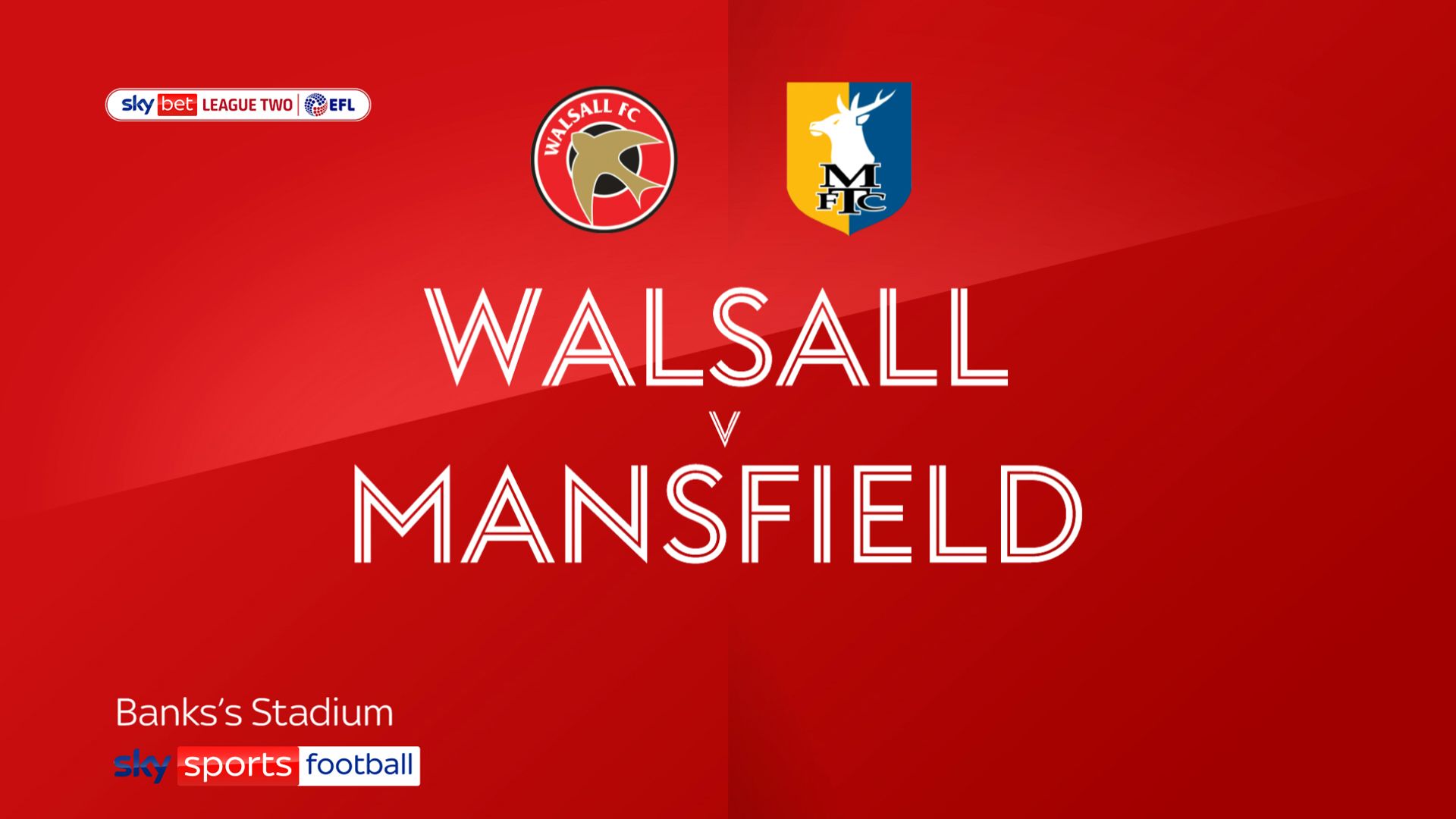 Lincoln loanee Max Melbourne’s debut goal put Walsall ahead but Ollie Clarke ensured a 12th draw of the season – a joint division-high – for each side.

In both teams’ first game in 17 days, Mansfield threatened first as Jamie Reid cut in from the right and rolled just wide of the far post.

But Walsall led after 23 minutes as Melbourne stole in to stab Tyreik Wright’s deep free-kick across Stags keeper Aidan Stone from close range.

Both sides had chances either side of the break as Roberts made a smart save to foil Bowery’s 20-yard shot and Caolan Lavery headed another Wright free-kick wide for Walsall.

Bowery had the best opportunity to win it after Walsall allowed an up and under to bounce in their box but he was denied by Roberts’ legs.