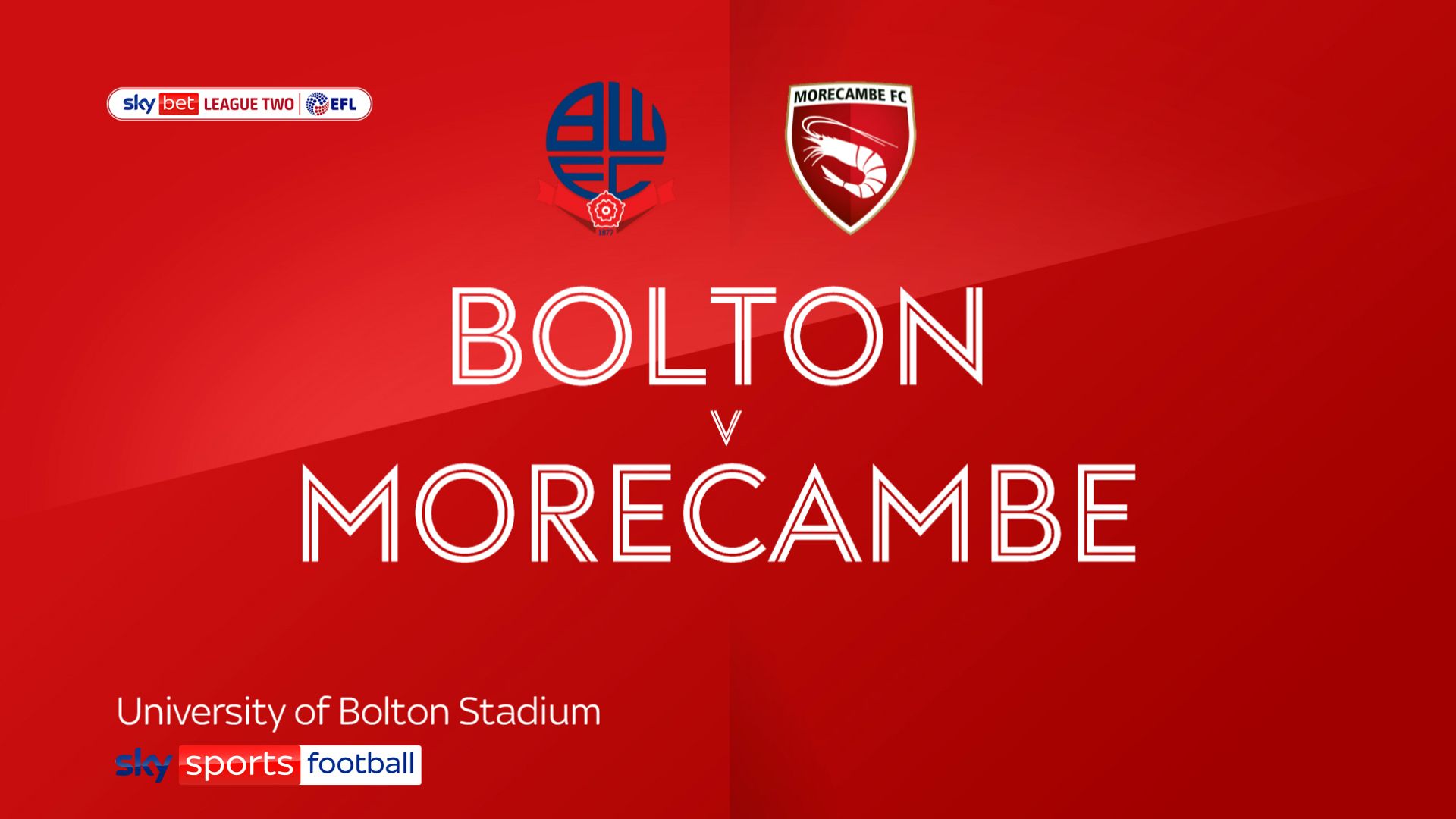 Brad Lyons scored with his first touch to earn Morecambe a 1-1 Skybet League Two draw against 10-man Bolton in the sides’ first ever competitive meeting.

The on-loan Blackburn midfielder was part of an 82nd-minute quadruple substitution by manager Derek Adams and immediately headed in John O’Sullivan’s corner.

But the match turned on Marcus Maddison’s sending-off only 11 minutes into his Wanderers debut.

Substitute Maddison, a recent loan signing from Charlton, was shown a straight red card by referee Oliver Langford for a lunging tackle on Aaron Wildig in the 72nd minute.

The maverick midfielder also found time to bring a good save out of Kyle Letheren as Wanderers looked to double a first advantage given them by top scorer Eoin Doyle.

The prolific Irish striker netted his 11th goal of the season two minutes from half-time after incisive build-up work by Nathan Delfouneso.

However the Trotters, back in action after matches at Mansfield and Salford fell victim to the weather, could not claim the three points.

Skipper Sam Lavelle headed against the bar in the 65th minute and the Shrimps then took advantage of Maddison’s ill-advised tackle to seal a point.