Joseph Diaz Jr. has had to wait more than a year to make his first defense of the IBF junior lightweight title.

The southpaw from Southern California cannot wait to remind fans and fighters Saturday night of why Diaz believes he is the best boxer in the 130-pound division. Diaz, 28, will make a mandated defense of his IBF belt against another left-handed fighter, Shavkatdzhon Rakhimov, in the main event of a card DAZN will stream from Fantasy Springs Resort Casino in Indio, California (8 p.m. EST; 5 p.m. PST). 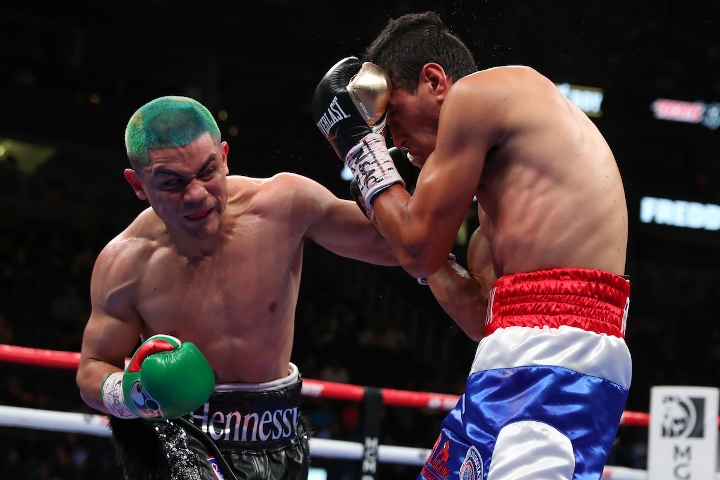 The 26-year-old Rakhimov is undefeated, but Diaz is clearly the top opponent he has been scheduled to face in five years as a pro. Rakhimov (15-0, 12 KOs), an Ekaterinburg, Russia, resident raised in Tajikistan, is trained by International Boxing Hall of Famer Freddie Roach.

“He brings a lot of will,” Diaz told BoxingScene.com. “He has a lot of determination. He applies a lot of pressure. He throws a lot of shots. But I feel like my experience and the talent that I have, and the IQ that I have, with everything that I’ve been through in my professional career, I feel like I’m just gonna be able to do what I’m capable of doing. And I’m gonna go out there and shine that night. I really wanna make a statement, and I wanna put the division on notice and show that I’m the best at 130 pounds on February 13th.”

Diaz’s plan is to beat Rakhimov and then begin proving his superiority over other champions in his division. The 2012 U.S. Olympian hopes to encounter either the Jamel Herring-Carl Frampton winner or whomever emerges victorious from the Miguel Berchelt-Oscar Valdez bout in his following fight.

Cincinnati’s Herring (22-2, 10 KOs) is scheduled to defend his WBO junior lightweight crown against Northern Ireland’s Frampton (28-2, 16 KOs) on February 27 in London. A week earlier, Berchelt (38-1, 34 KOs) is set to make a mandatory defense of his WBC super featherweight title versus Valdez (28-0, 22 KOs), a fellow Mexican, on February 20 in Las Vegas.

Besides Berchelt, Diaz and Herring, WBA champ Gervonta Davis (24-0, 23 KOs) also is a recognized title-holder in the 130-pound division.

Rakhimov, meanwhile, will end a 16-month layoff when he challenges Diaz. He hasn’t fought since he stopped South Africa’s Azinga Fuzile (14-1, 8 KOs) in the eighth round of their IBF elimination match in September 2019 in East London, South Africa.