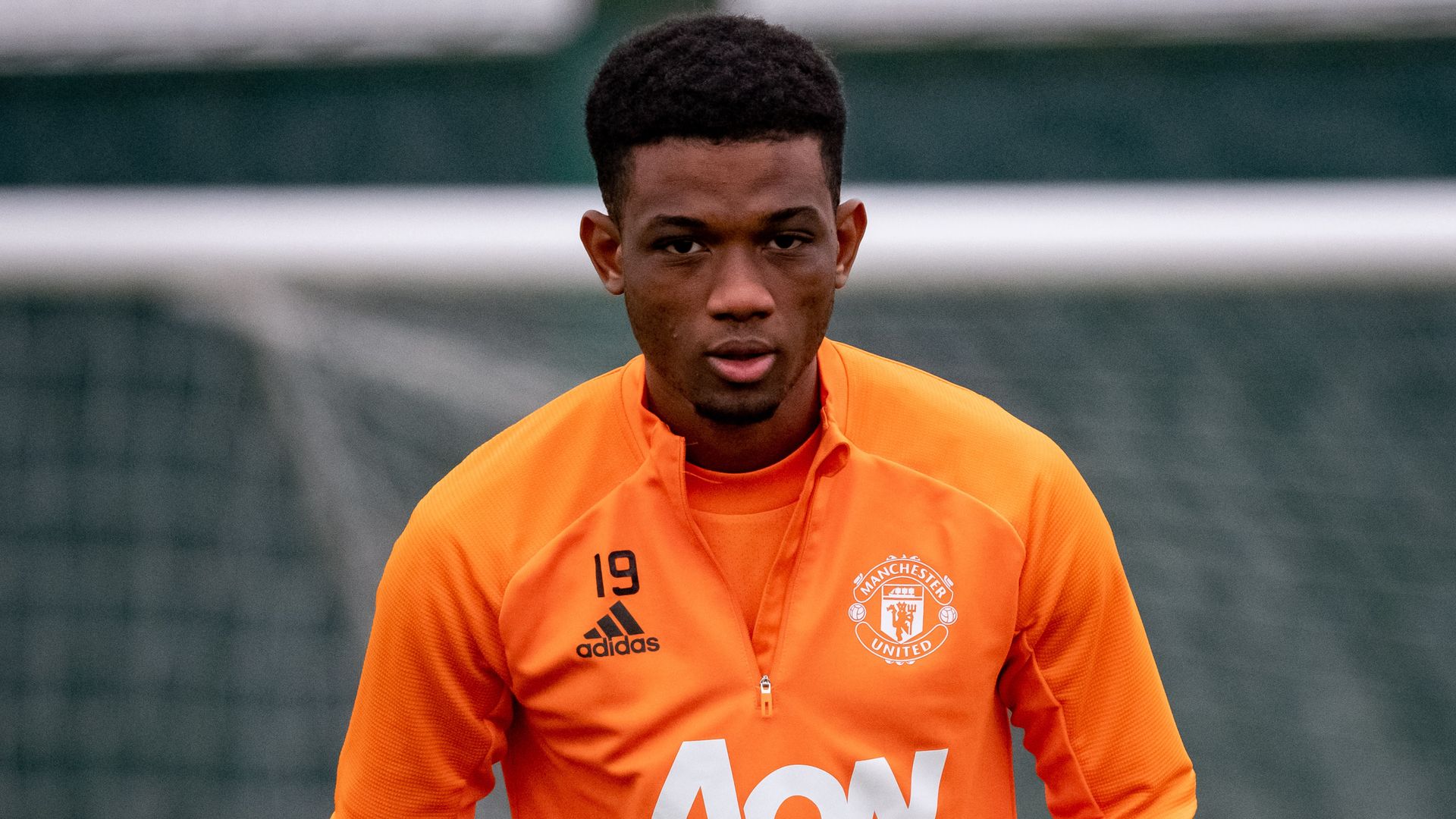 Amad Diallo could be handed his Manchester United debut after Ole Gunnar Solskjaer included the teenager in the squad to face West Ham in the FA Cup.

The 18-year-old January signing from Atalanta was pictured with the Manchester United squad at their team hotel ahead of Tuesday’s fifth-round tie at Old Trafford.

Diallo’s inclusion comes after an impressive start to life at United packed full of promise and flair performances.

It started with two goals on his U23 debut against rivals Liverpool on January 30 and was followed up by another eye-catching display as Diallo scored again and registered a hat-trick of assists as United came from behind to beat Blackburn’s U23s 6-4 last Friday.

At age 18 years and 218 days, Diallo would become the 17th-youngest player to make his Manchester United debut if called upon to face the Hammers.

Who is Amad Diallo?

Diallo, 18, was born in the Ivory Coast, before moving to Italy around the age of 10, joining Atalanta in 2015.

The youngster made his debut for Atalanta last season, becoming the youngest player – at 17 years and 109 days old – to score on his Serie A debut in their 7-1 thrashing of Udinese.

As a result, the Ivorian travelled with the Atalanta squad to Lisbon for their Champions League quarter-final defeat to Paris Saint-Germain last summer.

Diallo has featured in just four league games for Atalanta, but the player has impressed in training, so much so that Papu Gomez recently likened him to a certain Lionel Messi.

“There are defenders in the first team that sometimes cannot stop him. To stop him in training, we have to kick him! He plays like Messi,” said Atalanta’s captain.

What can Man Utd expect from Diallo?

Gabrielle Marcotti of ESPN on the Transfer Talk podcast:

“He’s a bright, very tricky, very confident winger. He’s also still very young, and very raw. He has had little first-team action, and you can file him away with someone like Facundo Pellistri, who can maybe contribute down the road, and be part of United’s future.

“If Diallo comes in and does well, you may look at the number of bodies you have in that category, with Rashford, Martial, Greenwood, James, Lingard, Mata and Diallo, and obviously they will have to move some players out at some point.

“But United’s attitude will be: we don’t expect Diallo to start, let’s help him through and see what we have in six, 12 months’ time. If he can play earlier, great, but let’s not rush it.”

“How Amad Diallo settles could change what they look at in the summer transfer market.

“He has played two great games for the U23s, if he comes in and plays for Manchester United and fills that right-wing role as an 18-year-old, that may well reshape the way the club approaches the market for that position.”