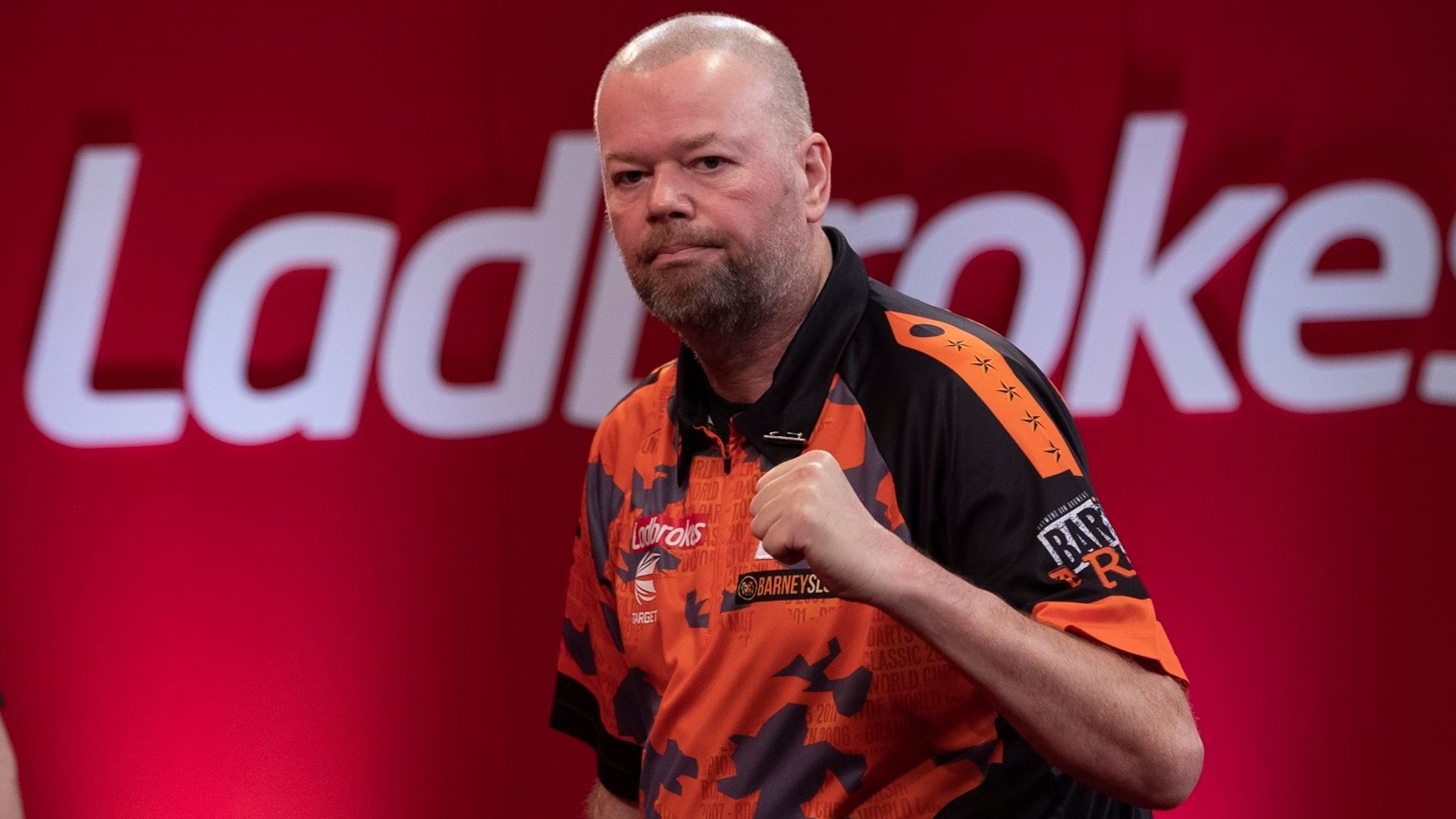 Raymond van Barneveld is among the big names to come through the first round of Q-School in Niedernhausen, Germany. In Milton Keynes, Fallon Sherrock and Kevin Painter are among the high-profile stars still with work to do on Wednesday.

Five-time world champion Raymond van Barneveld has progressed to the second round of Q-School, as the Dutch legend bids to win back a PDC Tour Card.

The 53-year-old was pipped to an automatic place in the next phase by Michael Rasztovits, but he has accumulated five points across the first two days in Stage 1A to ensure he would progress to Final Stage from the final Order of Merit – should he not gain automatic qualification on Wednesday.

Rasztovits, Boris Koltsov and Jason Hogg were among the players to qualify for Final Stage on Tuesday.

Austrian ace Rasztovits denied Barney an automatic place with a 6-4 win in their last-eight clash in Niedernhausen.

The former Challenge Tour event winner also defeated Sebastian Steyer, Chris Landman and Steven Noster on the day as he booked his spot in Final Stage, which begins on Sunday.

Russian star Koltsov, another former winner on the Challenge Tour, continued his bid to win a Tour Card for the first time by defeating Ricardo Pietreczko 6-3 in their decider.

Germany’s Lukas Wenig, a two-time European Tour qualifier in the past two years, averaged over 97 in both of his final two games – against Wesley Plaisier and Eimardo Van Engelen – as he progressed.

Alongside Van Barneveld, German prospect Nico Kurz and Dutch teenager Blom join Germany’s Pietreczko and Belgium’s Geert De Vos in being assured of spots in Final Stage through the Order of Merit.

At the Marshall Arena in Milton Keynes, Ian Mackenzie, a Scottish-born bricklayer based in Worcestershire who is competing in Qualifying School for the first time, defeated Brett Claydon 6-2 to secure his automatic qualification to Final Stage.

The 51-year-old also defeated Fallon Sherrock as well as Cameron Hodgson, Scott Hope and Carl Beattie on a memorable day.

Scotland’s Jason Hogg stepped up his bid to win back a PDC Tour Card with a 6-3 win over Josh McCarthy in their last-eight tie, having also defeated former UK Open finalist Wes Newton on the day.

Monk was joined by former Challenge Tour event winner Claydon, former Development Tour ace McCarthy and Wales’ Cankett in the last eight in Milton Keynes as they all picked up valuable ranking points in the battle for spots in Final Stage.

McCarthy’s eight points assure him of progression to Final Stage, while Monk and Claydon are joined by Kevin Thomas, David Wawrzewski and John Brown on six points from two days.

Wednesday will see Stage 1A conclude, with a further four automatic qualifiers at each venue to be joined by players from the respective Orders of Merit in securing places in Final Stage, which will be held from February 14-17.