Promoters for Teofimo Lopez and George Kambosos Jr. have reached an impasse.

Their inability to reach a financial agreement for that mandated lightweight title fight led the IBF to order a purse bid Monday. Bob Arum’s Top Rank Inc. (Lopez), DiBella Entertainment (Kambosos) or any other promoter can bid for the right to put on a Lopez-Kambosos bout during a virtual purse bid that has been scheduled for February 18.

Brooklyn’s Lopez (16-0, 12 KOs) will defend his lightweight titles against Australia’s Kambosos (19-0, 10 KOs) in his next bout because Kambosos is the mandatory challenger for Lopez’s IBF 135-pound championship. The 23-year-old Lopez likely will be listed as a huge favorite over the 27-year-old Kambosos once their fight is officially scheduled.

“All I’m saying is Teofimo-Kambosos is not one of the marquee, great fights that are gonna be shown this spring or this summer,” Arum told BoxingScene.com on Monday. “It’s not a marquee fight. It is what it is, and let’s see how it all works out.” 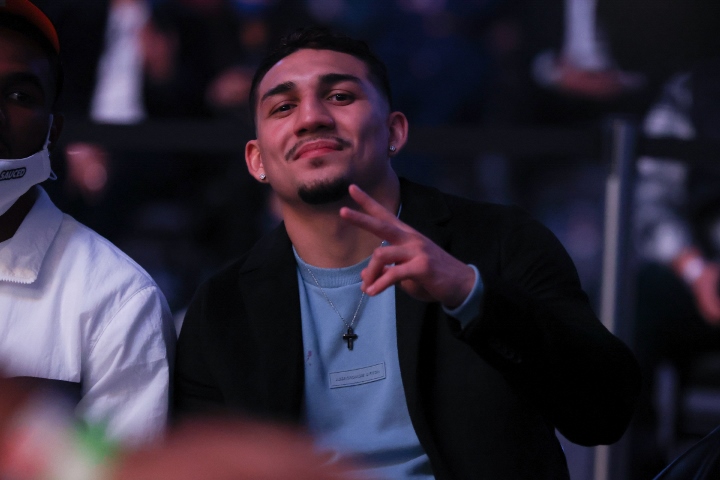 Arum has explored the possibility of bringing Lopez-Kambosos to Kambosos’ home country, but Australia is no longer an option. If Top Rank winds up promoting their fight, Lopez-Kambosos almost certainly will be staged in the United States.

Lopez-Kambosos could be brought to Madison Square Garden on June 12, though that would depend on whether even a limited number of fans could attend a card at that iconic New York venue by then. In accordance with New York’s COVID-19 restrictions, fans still cannot attend Knicks or Rangers home games at Madison Square Garden.

Meanwhile, promoters for Lopez and Kambosos will continue negotiating in hopes of voluntarily reaching an agreement before a purse bid is necessary.

Lopez also owns the WBA, WBC franchise and WBO lightweight titles, each of which he won when he upset Urkaine’s Vasiliy Lomachenko (14-2, 10 KOs) by unanimous decision in their 12-rounder October 17 at MGM Grand Conference Center in Las Vegas. Lopez won the IBF belt by knocking out Ghana’s Richard Commey (29-3, 26 KOs) in the second round of their December 2019 bout at Madison Square Garden.